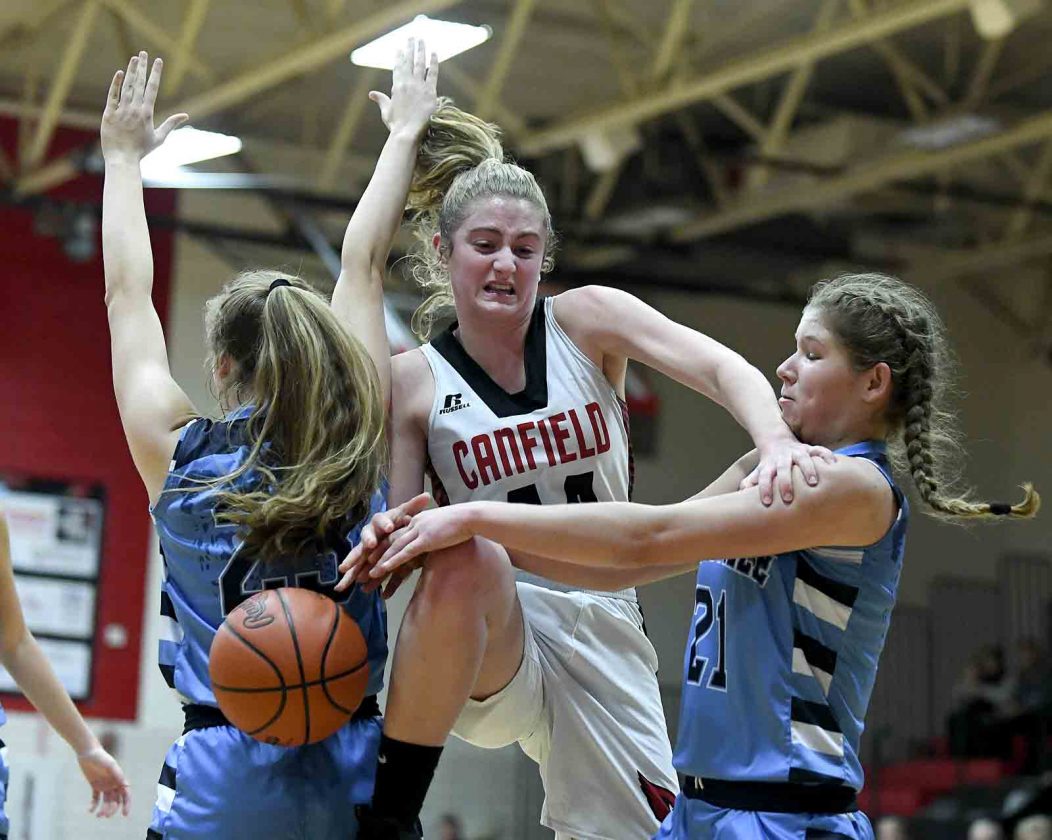 CANFIELD — Scheduling a difficult series of non-conference games early in the season could be a blade that strikes both ways.

Canfield girls basketball coach Matt Reel and the Cardinals believe putting together a tough schedule can help benefit the team going deeper into the season.

“We’ve always believed in that,” Reel said. “When I took over for coach (Pat) Pav (Pavlansky), we always had one of the tougher schedules around. We’ve always tried to follow that because I think records can be deceiving.

“You can kind of schedule 18 to 19 wins sometimes, for us. We always want to test ourselves, and even if you get a few early losses, sometimes you’re lucky enough to win. Those are things that I think just carry you through. We just tell our girls we want to find things to work on, and that’s what going to happen.”

Their hard work has paid off as Canfield has started the season 3-0, including a 49-42 victory over the Louisville Leopards on Monday night at Canfield High School. 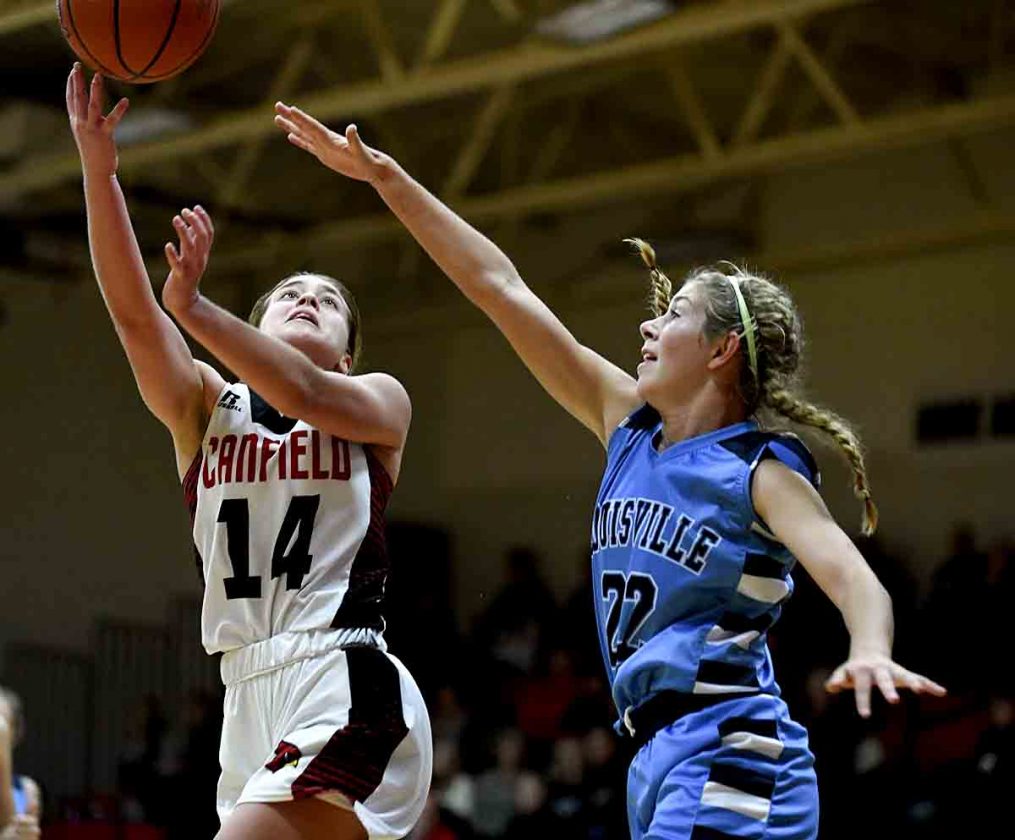 Correspondent photo / Robert Hayes Summer Sammarone (left) goes up for a layup while being guarded by Kayla Gibson (right) of Louisville.

Reel knew the game was going to be physical by both sides, but he was happy that one of his seniors stepped up in a big way.

“Tonight, I thought Grace (Mangapora) really stepped forward as our returning three-year starter,” Reel said. “She really played well and calmed us down when our young kids got frazzled a little bit.

“I was really proud of how we dug down in the last 4 minutes and got stops. We always work in practice on stop and scoring and just stringing them together. I was proud of that. Louisville is a really good team, and that’s why they’re on our schedule.”

Mangapora credited her peers for her game-high 23 points.

“My teammates, we have such good chemistry that we know where to look, we know where cut, we know how to talk to each other,” she said. “It all just comes together, and I have everything to thank for them.”

“It’s the perfect schedule for us because we have really high aspirations to go really far,” Mangapora said. “Playing those tough teams just makes us better and better every single day.

“We don’t have any games off and we really like it. We really love the challenge because we know we’re getting better.”

Canfield held a slim lead throughout much of the third quarter, but Louisville (3-2) retook the lead at 36-35 with 41.6 seconds left in the third quarter after trailing for a majority of the game. The Cardinals would immediately retake the lead and never trail in the contest again.

Reel feels facing the adversity of a comeback can help improve his team.

“We felt we missed some shots we normally don’t miss. Missed some layups and sometimes it’s ebb and flow.

“We were just really trying to make that run that they had four or six points, we always try to prevent it from being eight or 10 or 12 points, and I thought we did a pretty nice job of that.”

Canfield sophomore Alyssa Dill finished second on the team with 13 points including a pair of 3s.

Meanwhile, Mangapora feels that her team can keep the positive momentum going.

“This team so far has been so fun and so together,” she said.