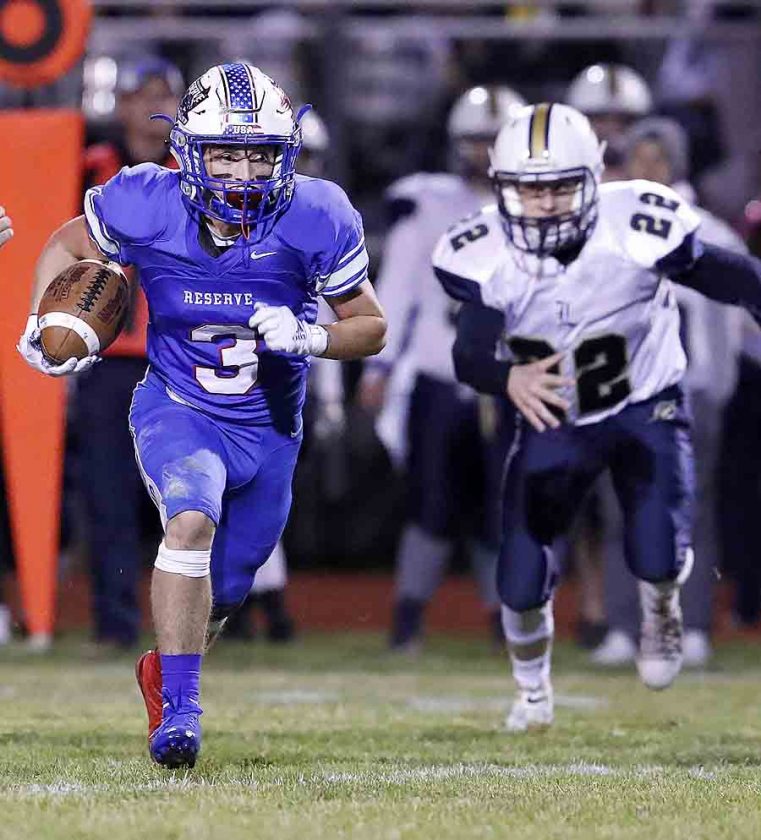 BERLIN CENTER — Despite its record, the Western Reserve Blue Devils found themselves on the outside looking in at the playoff picture heading into Week 8.

The Blue Devils kept themselves in the running with a 55-6 thrashing of the Lowellville Rockets at home Friday night.

With the win, Western Reserve (7-1, 5-0 Mahoning Valley Conference) sets up a showdown next week with Springfield.

Quarterback Nick Cavoulas led the way against the Rockets, going 11-of-16 passing for 156 yards and two touchdowns, including a 33-yard score to Josh Miller as time expired in the first half. Nick Bengala also went 2-of-3 through the air for 67 yards and tossed the game’s opening score, a 59-yarder to Todd Henning.

Henning, who paced the receiver corps with 128 yards on five receptions, also added 38 yards on three carries on the ground. Lucky Kiesewetter totaled 53 yards and a 29-yard score in the first quarter. 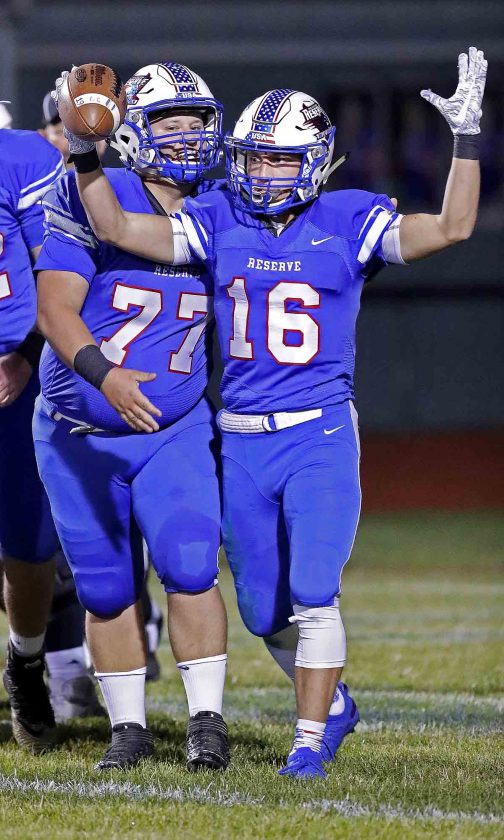 David Altiere added a special teams touchdown, returning a kick 70 yards at the 8:36 mark in the third period.

Vinny Ballone paced the Rockets, as the quarterback went 14-of-25 passing for 98 yards and the team’s lone touchdown of 21 yards to Anthony Lucente in the third quarter. Vinnie Kacir led the way in the backfield with 96 yards on 22 attempts. 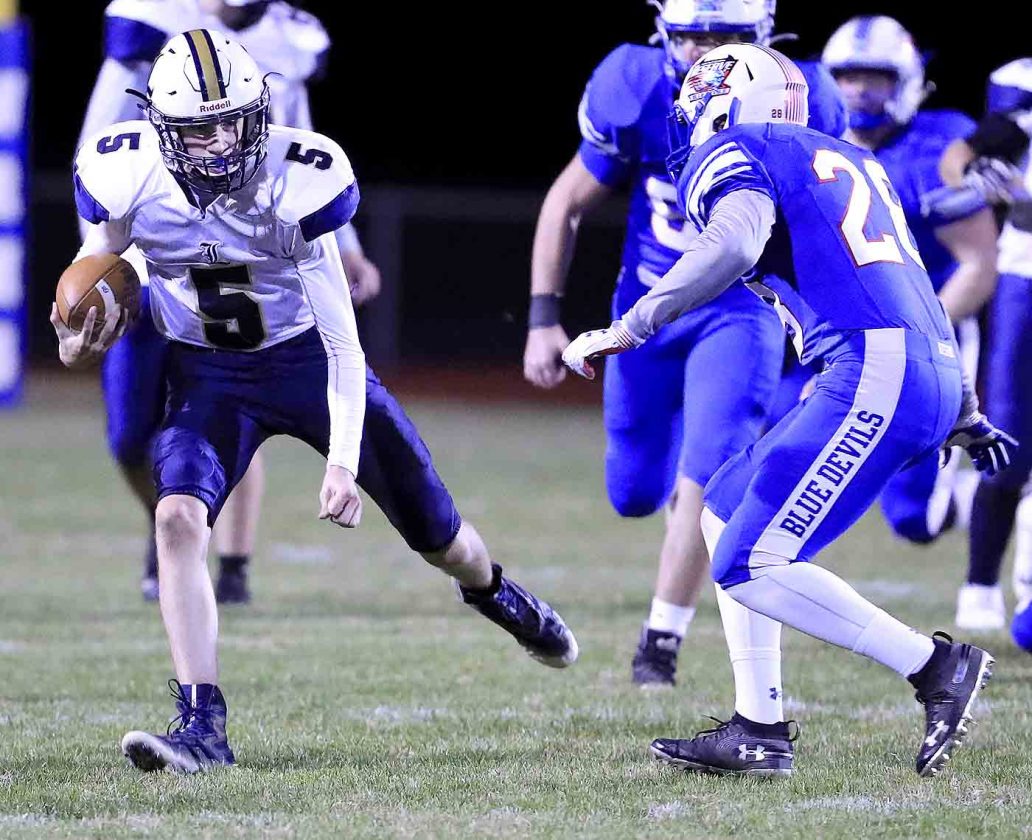 Correspondent photo / Michael Taylor Lowellville's Vinny Ballone runs for the first down as Western Reserve's Hunter Kieswetter closes in for the tackle.