CANTON — West Branch senior swimming standout Jamyson Robb was hoping to make quite a splash in Friday night’s finals of the state swimming meet before a packed house at C.T. Branin Natatorium.

Robb capped off a phenomenal high school career as a two-time state champion when she successfully repeated as the Division II state champ in the girls 100-yard breaststroke in a time of 1:01.65.

“There was definitely a lot of pressure this past year (when your goal is to repeat as a state champion),” Robb said. “It’s really relieving to be a state champion again. I feel so good right now.”

She accomplished the feat in a field full of stars as the top five finishers from last year’s state meet returned in the event. St. Clairsville sophomore Casadie DiBetta was the state runner-up a second straight year. DiBetta finished behind Robb in a time of 1:02.9.

“The whole time I could see Casadie on my left and Sydney (third-place Sydney Bare of Hawken) on my right,” said Robb, who added she just concentrated on what she had to do to win it.

Mike Davidson, Canton City Schools Aquatic Manager and Robb’s West Branch head coach, said Robb delivered on a goal he set for the West Branch standout immediately after she won last year’s state title. He said he would let her enjoy the title for a few days but bigger challenges, like repeating as a state champion, immediately became the new goal. And on Friday night, Robb delivered with her second state title in the event.

“I’m extremely happy for Jamyson,” Davidson said. “I drive here (to Canton) 55 miles every day from Geauga County and I get in the car and I’m smiling the whole way because these are outstanding young people I coach. Jamyson is a class act, so I’m the lucky one.”

“I’m so thankful that he has been my coach the past three years,” Robb said.

“From my freshman to my sophomore year I dropped three seconds in the breaststroke and from my sophomore to my junior year it dropped four seconds, and then I broke my own record this year. He’s done so much for me I can’t describe.”

Davidson was proud of the way Robb handled the extremely challenging goal of repeating as a state champ.

“She’s an extremely faithful young lady and has an internal flame that burns hot and she’s internally driven,” Davidson said. “This is the first time she’s walked into a final where it’s ‘I have to repeat (as state champ).’

“Where last year, it was ‘let’s do it (and win state).’ I think she learned that she’s going to be in this repeating position multiple times in her life and you have to categorize it — own it, enjoy it and move on.”

Robb received an ovation as a large number of area fans turned out to watch her swim in her home pool, where she practices.

During Thursday’s prelims, Robb broke her own state record with a clocking of 1:01.27 in the event, besting the state record of 1:01.38 she set in last year’s state final.

“There’s a lot of natural skills there,” Davidson said. “She anchors really well out front on her catch and she has phenomenal feet.”

“Yesterday when I broke (my own) state record that was definitely unexpected,” Robb said.

Robb also doubled her success Friday by finishing fourth in the final of the Division II girls 200-yard individual medley in a split of 2:05.46. Winning that event was Jessica Eden of Hawken in a time of 2:01.12.

“I’ll be attending Liberty in the fall and I’m very excited about that,” she said. “It’s an 80 percent athletic scholarship and the rest in academics. It’s sad but I’m excited at the same time because I love swimming here so much and I’ve made so many memories with my coaches and teammates and my family.” 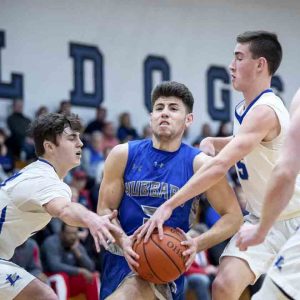 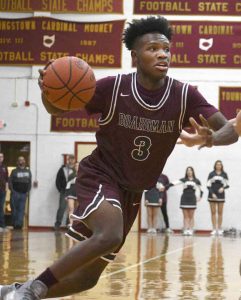 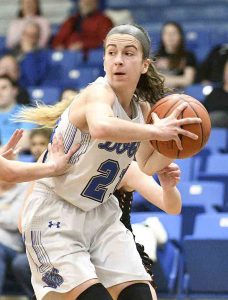