Jake Lawrence took off through the first 25 yards of the pool and came to one end. The Austintown Fitch High School junior dives below the water in his lane, does a turn in the water and pushes off the side with the power of his legs.

“I’ve been working on them for so long, I’ve pretty much mastered it,” said Lawrence, who competes in Saturday’s Division I district swim meet at Cleveland State University. “I’m pretty good at being the fastest one off the wall — using my underwater kicks to get off and get ahead.”

Lawrence is trying to get ahead of the pack in Saturday’s 100-yard butterfly and 100 backstroke. He has the seventh-best time heading into district in the backstroke (55.71) and eighth-best in the butterfly (53.56).

“It’s one of the hardest districts to come out of in swimming,” Lawrence said. “You’ve got some guys who are going to Ohio State and stuff like that. It’s very competitive up there.

“I’m looking forward to the competition this weekend. I’ve been a very competitive kid. I’ve always wanted to push myself and compete with the best of the best. I think I have times to drop this weekend where I could be a top-five finisher in both events and have a good chance to move on to state. It all depends on being successful this weekend in such a brutal district.”

Lawrence has been swimming five days per week since October.

“It’s been a gauntlet of a year,” he said. “It’s all about staying focused, staying

on the grind, not getting

lost going through the

motions, pushing myself every day at practice.”

Fitch swimming coach Sara Schaefer said Lawrence is a tactician in the water.

“He’s constantly looking to better every, little aspect of his stroke, his start,” she said. “He perfects every, little piece of it. He doesn’t rely on brute strength. He’s a very, tactically good swimmer.”

Lawrence said he’s had speed training and weights to help prepare him for this moment.

Squats, working on strengthening the calves. He and the rest of the Fitch swimmers have been working with Falcons strength coach Daniel Wedding.

“He did a really good job preparing us as a swim team and to stay healthy throughout the year and be the best swimmers we could be,” Lawrence said.

This weekend, the Fitch junior, who has been swimming since he’s been 8 years old, wants to be swimming in Canton.

“We’re been working on those small improvements, those tweaks that he’s making the most out of everything he does,” Schaefer said. “Instead of concentrating on the distance per stroke, makes up on his turns and his kick off the wall. He’s always the first person off the block, always catching people off the turn.” 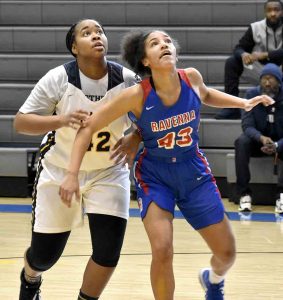