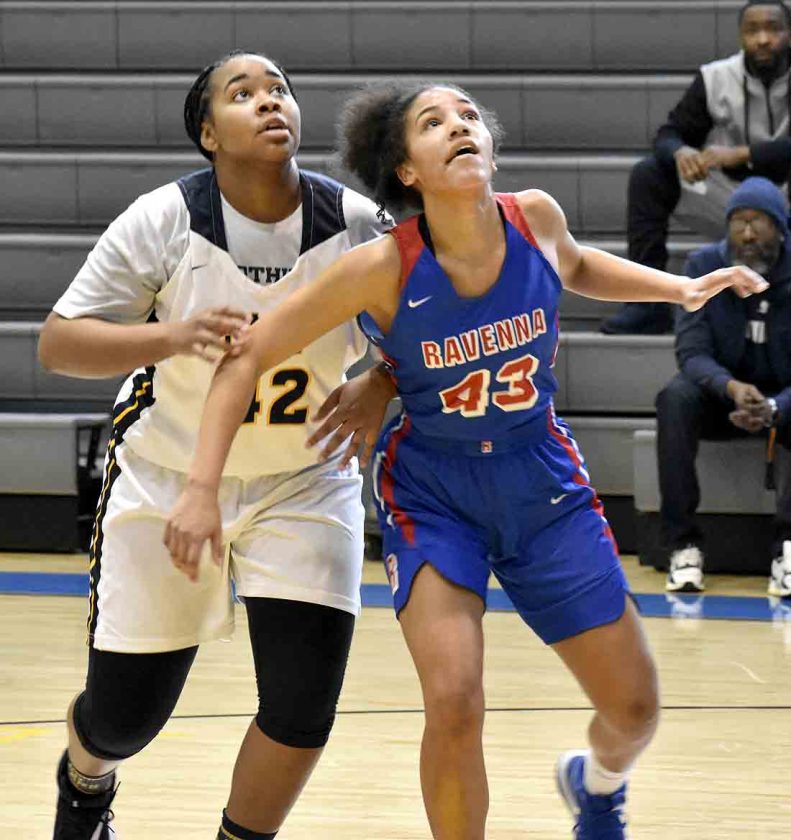 The eighth-seeded Golden Bears led ninth-seeded Ravenna, 20-17, in the first round of the Division II sectional. They had outworked the Ravens on the glass and also had been able to score some points in transition.

But Franklin had a sixth sense as to what would eventually happen in the second half, as the Golden Bears’ lack of depth played a huge role in their 40-33 loss.

“We slowed down,” Franklin said. “We’re obviously shorthanded, and our rotations are limited with just seven players available. (Ravenna) just kind of wore us down and we ran out of gas, just got tired. Our lack of a bench just really hurt us. Our shots were short and we got hurt on the boards.”

East lost Kimberly McCain for the season due to an injury last month and then Donovan Gillison was sick and couldn’t practice last week or play in the tournament contest. They were the only two seniors on the team, which finished 14-7. 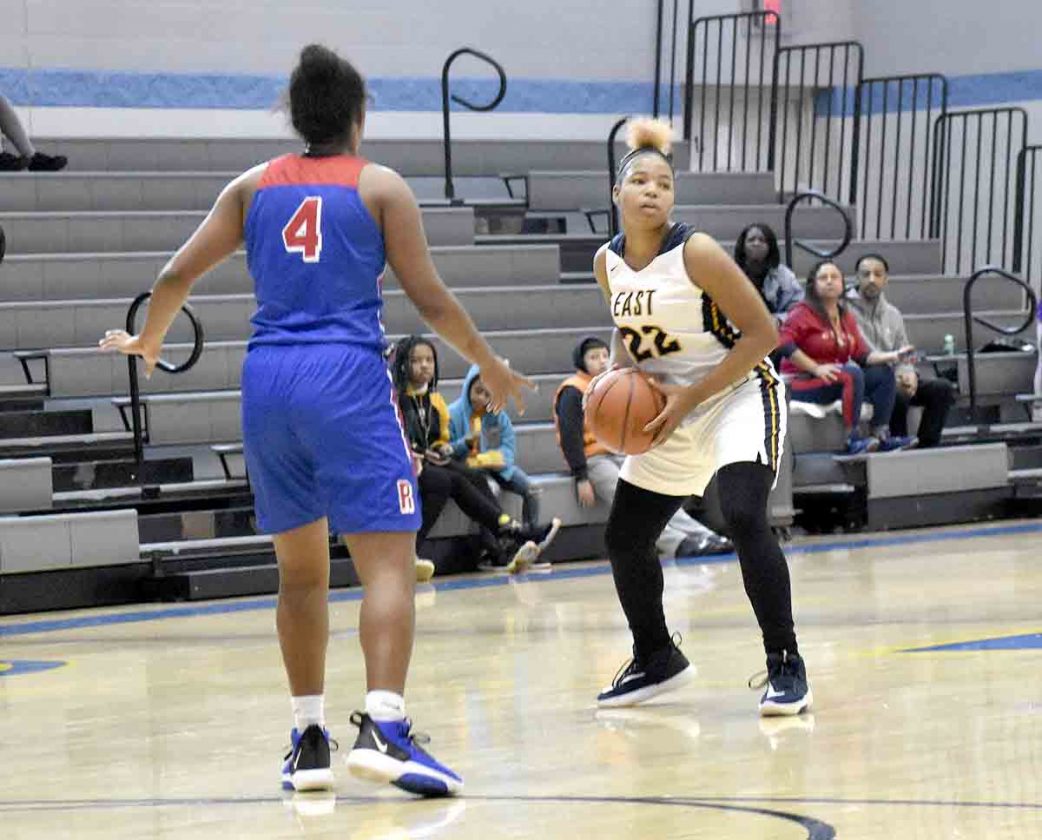 Staff photo / Brad Emerine Delana Brown of East looks to make a pass against the zone defense of Ravenna in the tournament loss on Saturday.

“Halfway through the season, we lost the JV team because some moved up (to varsity) and others got hurt,” Franklin said. “It was a strange year, but I’m extremely proud of my girls. We had a good season and finished 14-7. It’s unfortunate it had to come to an end in the first round. But these girls have shown a lot of progression.

Ravenna used a 6-2 run to end the first half after East had led 18-11. After an exchange of buckets to open the second half, the Ravens used an 11-0 run to take a 30-22 lead, as Breanna Larkin scored six of her 10 points in that stretch and Ravyn Major scored her only points on a 3-pointer.

East got a bucket from Delana Brown to close the third period, and her 3-pointer to open the final quarter pulled the hosts within 30-27. However, another 6-2 spurt made it 36-29 and the Golden Bears never got closer than seven points the rest of the way.

“The girls aren’t happy with the loss,” Franklin said. “They don’t make excuses. It’s a veteran group because they’ve been with me the last three years of the transition. The group of seven will all be back. They’re solid, and they got a taste of defeat in the first round so they should come back hungrier and ready to work. We’ve got some unfinished business to tend to.”

Ravenna, which improved to 12-11, got 21 points and 11 rebounds from Emily Ervin. Larkin added 10 rebounds to also finish with a double-double.

The Ravens will play at top-seeded West Branch in a sectional bracket final on Thursday.