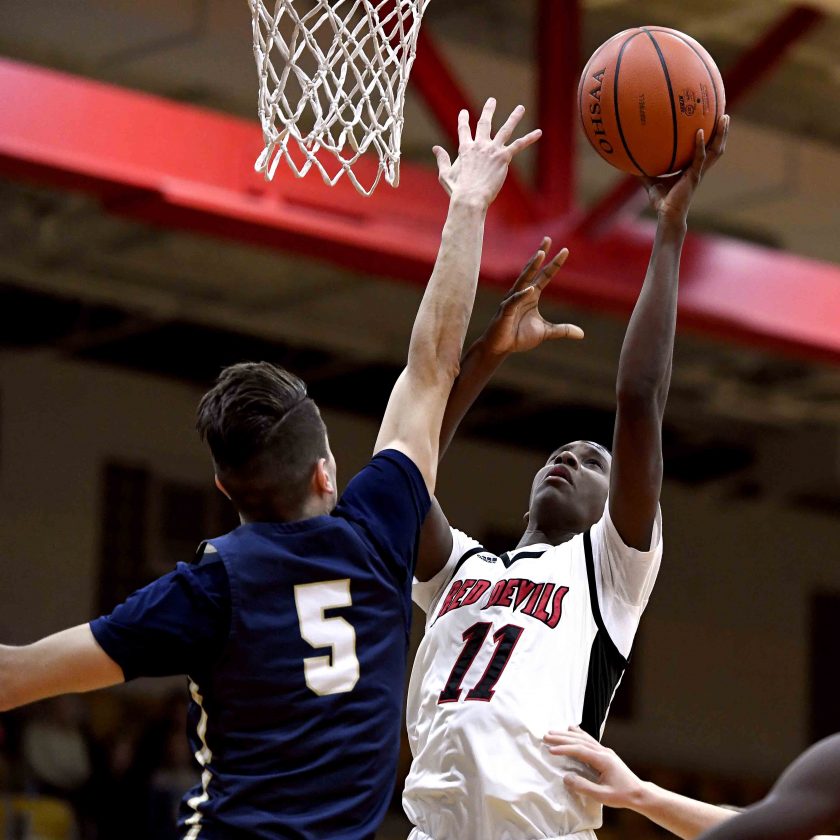 CAMPBELL — Brookfield’s boys basketball team hasn’t had a winning season since 2014-2015, and but the Warriors are looking to potentially make some noise in the early stages of this year’s campaign.

Although they walked away with a win, Brookfield coach Shawn Hammond felt like his squad had to overcome a lot against Campbell.

“It was a full night of adversity it felt like,” said Hammond, whose team is 3-1. “We got in foul trouble early and we just kept battling back. Once we got the lead, it was important that we never gave it up, and we had guys step in and play well.”

Brookfield had an early 23-10 lead after the first quarter, but seven fouls in the first frame of play meant that Hammond has to make some adjustments throughout the game. 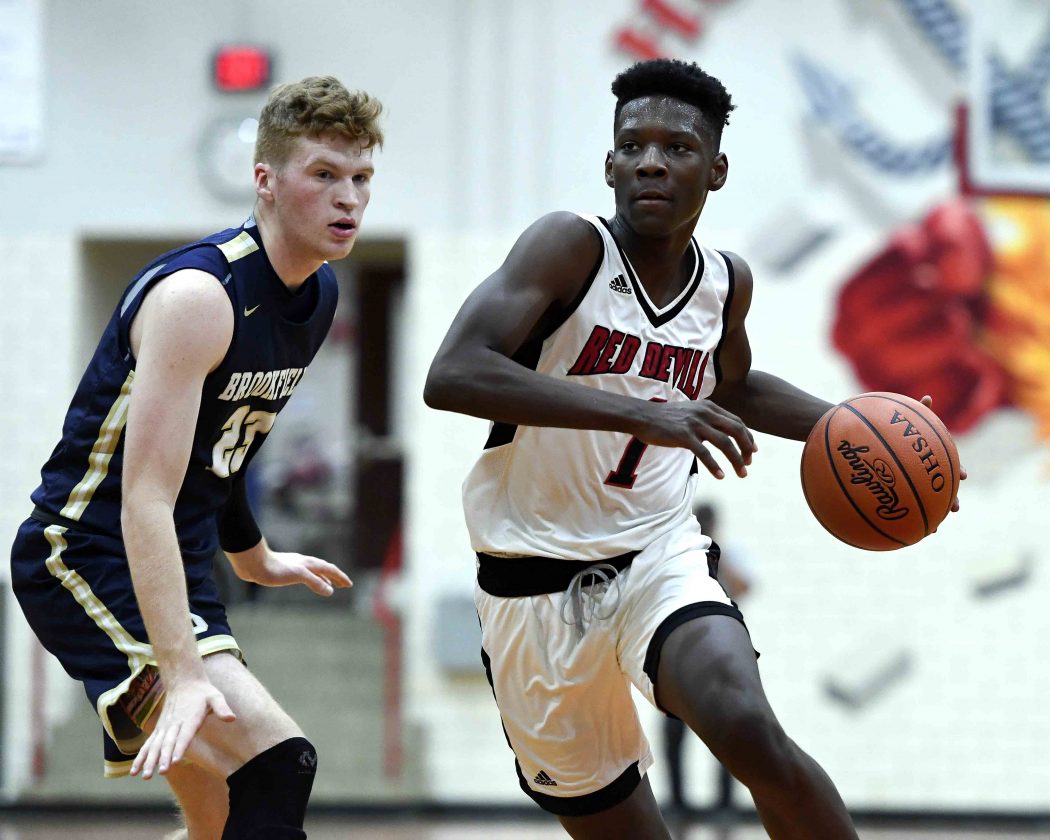 He credits his underclassmen for stepping up when starters had to sit due to foul trouble.

“I thought for the most part we handled the press,” Hammond said. “It wasn’t clean all the time, but I thought our young guys, particularly Isiah (Jones) did a nice job rebounding which was huge for us tonight.”

Jones, a 6-foot-3 freshman, had 12 points for Brookfield. He was one of four Warriors in double-figures for scoring, which included Haden Gibson who had 15 points.

Senior Conner Stevens led his team with 19 points and credited his teammates following the game.

“We played good, missed the first couple shots, but got our rhythm,” he said. “I got to give it to my guard, Haden (Gibson) for finding me, and then for Gage Emery. He’s dishing out. He’s getting boards, so it’s huge. But, it’s a good team win.” 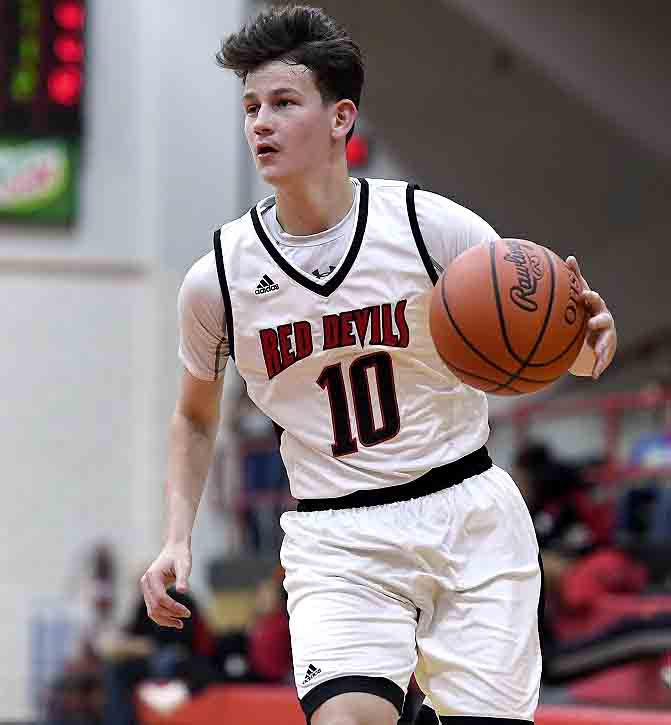 Correspondent photo / Robert Hayes Campbell’s Collin Michaels looks toward the paint during the first half. He led the Red Devils with 18 points.

Stevens feels this year’s version of the Warriors are little different with the early-season success.

“It’s better than the other three.” he said with a chuckle. “But it’s fun, it’s definitely fun going in the locker room after a win than a loss.

“The mindset and the physicality and how we act at practice and after games is a lot different than losing, so it’s fun.”

Emery, a 5-5 senior, had 16 points in the winning effort, sees his peers working to improve themselves.

“We’re just willing to get ever better than before,” he said “Just keep the momentum rolling.”

Hammond sees production all over the floor.

“There guys got a lot of experience,” he said. “I think some of them, in particular Gage Emery, has played well and kinda quiet the last few years, and now he’s a senior. We get a little bit from everybody it’s a little bit more and more and they want to win. They’re tired of losing, so they’re going to do what they can.”

On the flip side of the coin, Campbell (0-4) had a pair of players in double-figures as Collin Michaels and Kevin Moore had 19 and 18 points, respectively.

The Red Devils had several opportunities to tie the game after going on runs, but never managed to take the lead, as Brookfield would strike right back after every run.

Campbell has a young team with Joey Michaels being their only senior, and Red Devils coach Nick Canterino thinks that his team is close to finding the winning formula.

“Well, we had some plays that were there is we just execute,” Canterino said. “A couple missed shots, a couple easy shots we missed, a couple just dribbling in the bad spots, just little things like that. We’re right there, we get down three or four and then all the sudden it’s eight, then its’s four then it’s back to 12. We just got to worry about taking care of the ball and finishing when we’re able to make a play.”