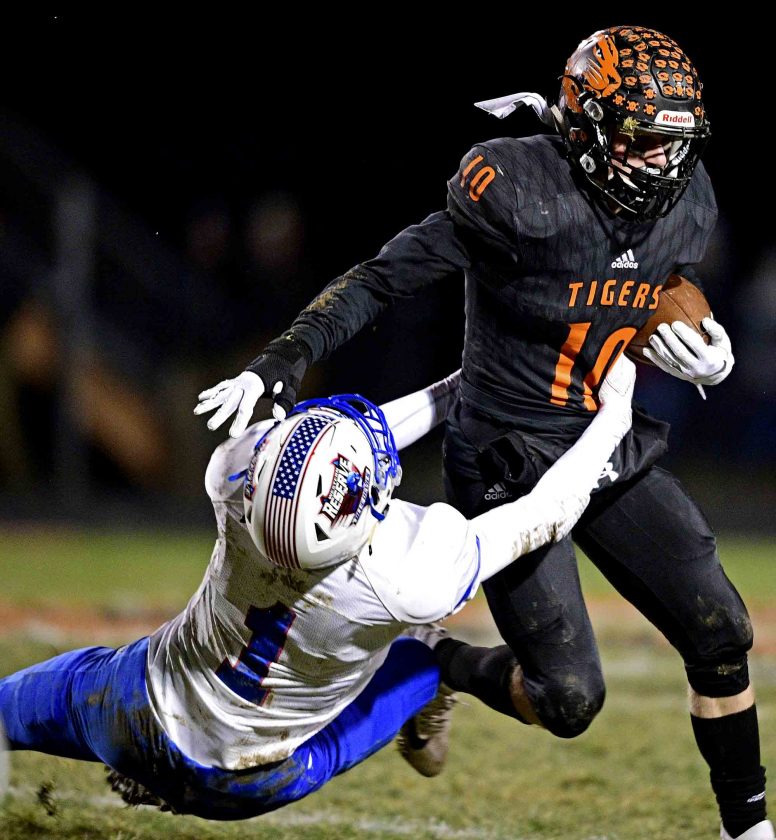 NEW MIDDLETOWN — The old saying is that “defense wins championships.”

But having a good punter doesn’t hurt either.

Springfield’s Clayton Medvec put up a strong birthday performance to guide the Tigers to Friday’s 34-7 victory over Western Reserve.

“Our defense is crazy, we’re really good up on the line and stuff,” Medvec said. “Pinning them deep helps us get our offense back on the field. It’s a big part of the game.”

Springfield (11-0) remains undefeated and faces Glouster Trimble, which beat Southern Local, 26-14, next Friday in a site to be determined in the next round of the Division VI, Region 21 playoffs. 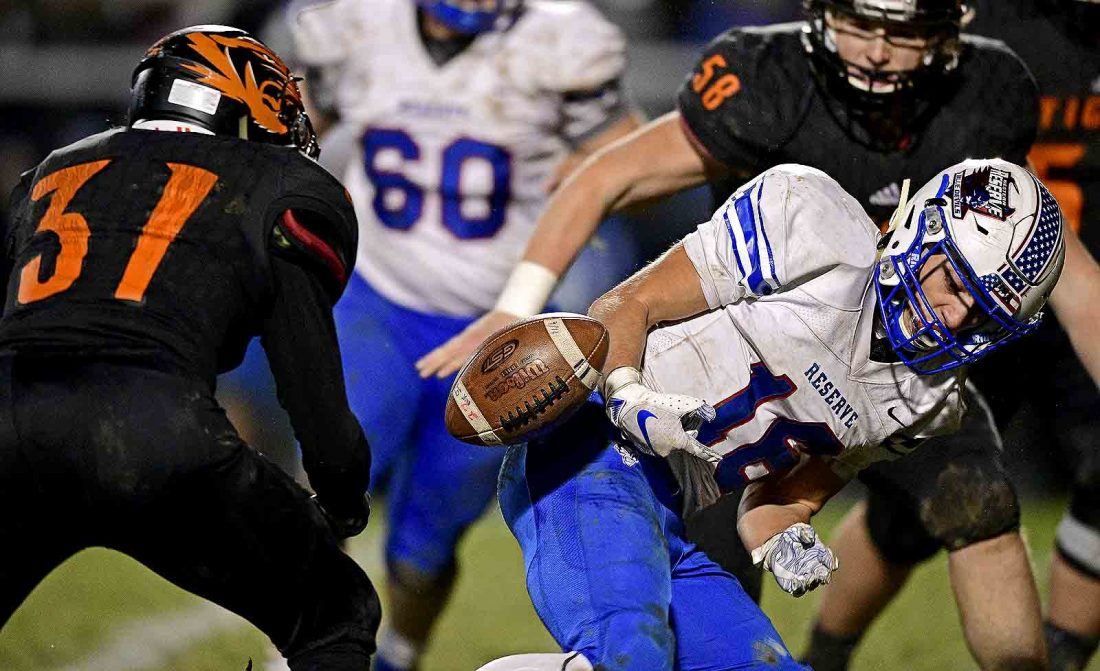 Medvec’s foot played a big part in the game as Western Reserve couldn’t put together a drive in large part to that poor field position.

As important as field position is, it’s more important in the playoffs, according to Springfield coach Sean Guerriero.

“When you come this far and make it to the playoffs, those yards count,” Guerriero said. “They’re a hidden kind of yard. He (Medvec) is definitely a weapon for us.”

Another weapon for the Tigers is senior tailback David Duvall. Duvall rushed for 183 yards and a touchdown, scoring in the opening seconds of the second quarter.

Sophomore Beau Brungard continued to be a force for the Tigers as well with 77 yards and a touchdown on the ground and 45 yards and another touchdown through the air. 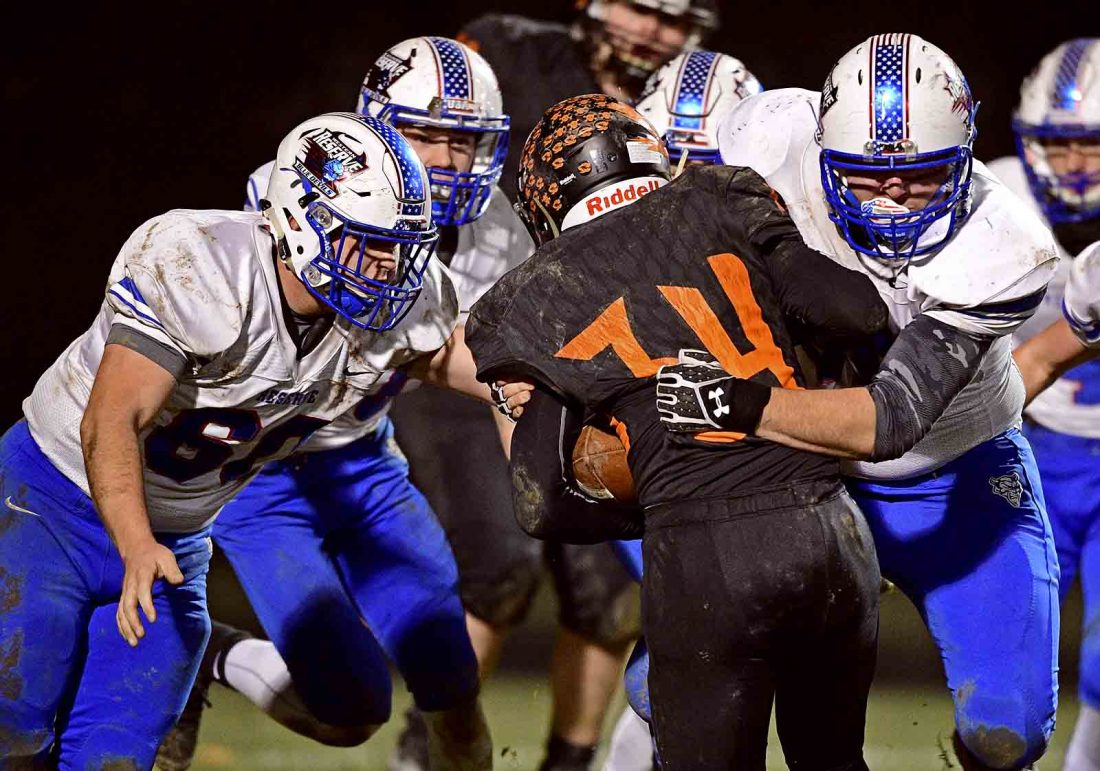 Going into halftime, Springfield had a 13-0 lead with two Medvec field goals and Duvall’s touchdown run.

The Tigers offense kicked it into high gear, with Brungard calling his own number for a 4-yard score on Springfield’s first possession of the second half. He was set up by Duvall, who ran for 37 yards on the play prior.

With 3 minutes left in the third quarter, Western Reserve got on the board with a Nick Cavoulas pass to Hunter Kiesewetter.

Springfield left a hole and the Blue Devils took advantage of it, cruising for a 35-yard score.

On the ensuing possession it looked like the Blue Devils were getting a hold of the momentum as Jimmy Mayberry intercepted a Brungard pass, but Western Reserve fumbled on the next play giving the Tigers the ball right back. 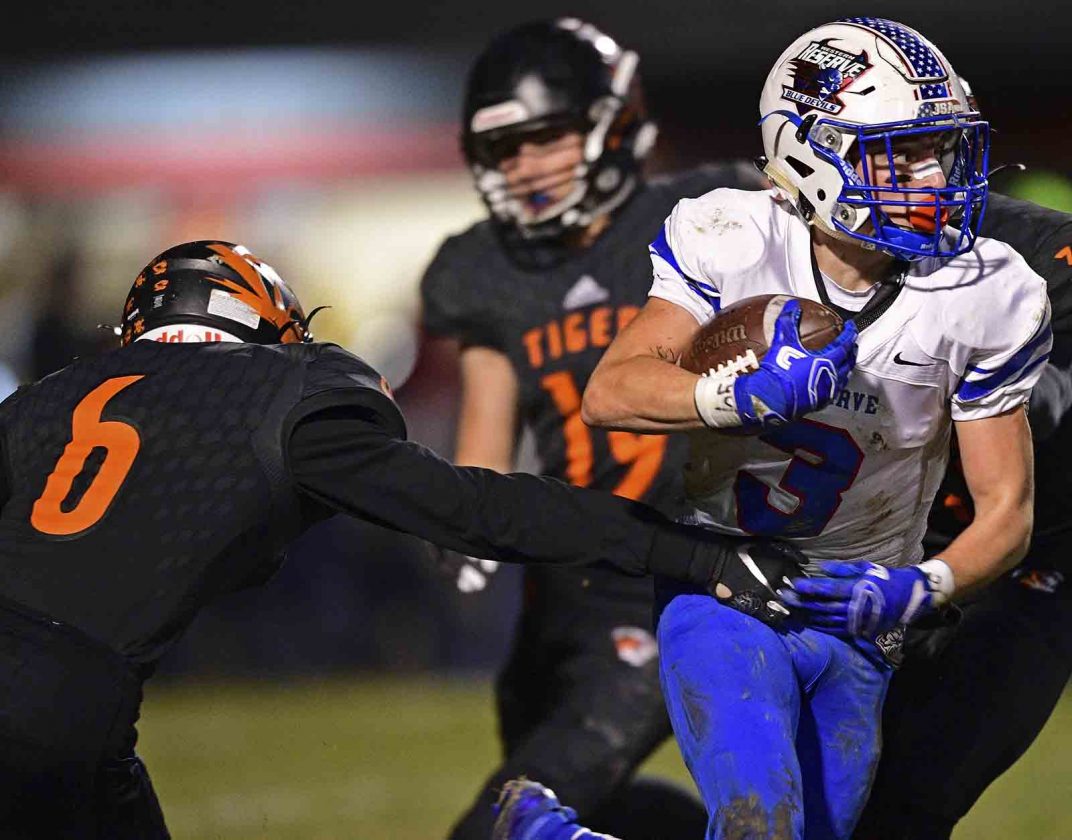 Springfield went down the field and scored on a Brungard pass to Garrett Walker to give the Tigers a 27-7 lead. Springfield would score once more to take the win.

Despite getting a big win over the Blue Devils during the regular season, the Tigers saw mistakes that needed corrected the second time around and fought to fix them.

“The kids thought in week nine that we didn’t play a good first half and they took that to heart,” Guerriero said. “They came out and had a great week of practice. This is one of the hardest working groups I’ve had here.”

Western Reserve coach Andy Hake wished the Tigers well as they advance to the next round of the playoffs.

“To beat us you’ve got to play hard,” Hake said. “We don’t lose a whole heck of a lot to teams that don’t play hard and that team plays real hard. They deserve a lot of credit. They had a good plan and they executed and the kids are quick. They’ve got some quick kids. They’ve got some fast kids and I hope they win the whole thing.”