Bulldogs dominate up front in victory 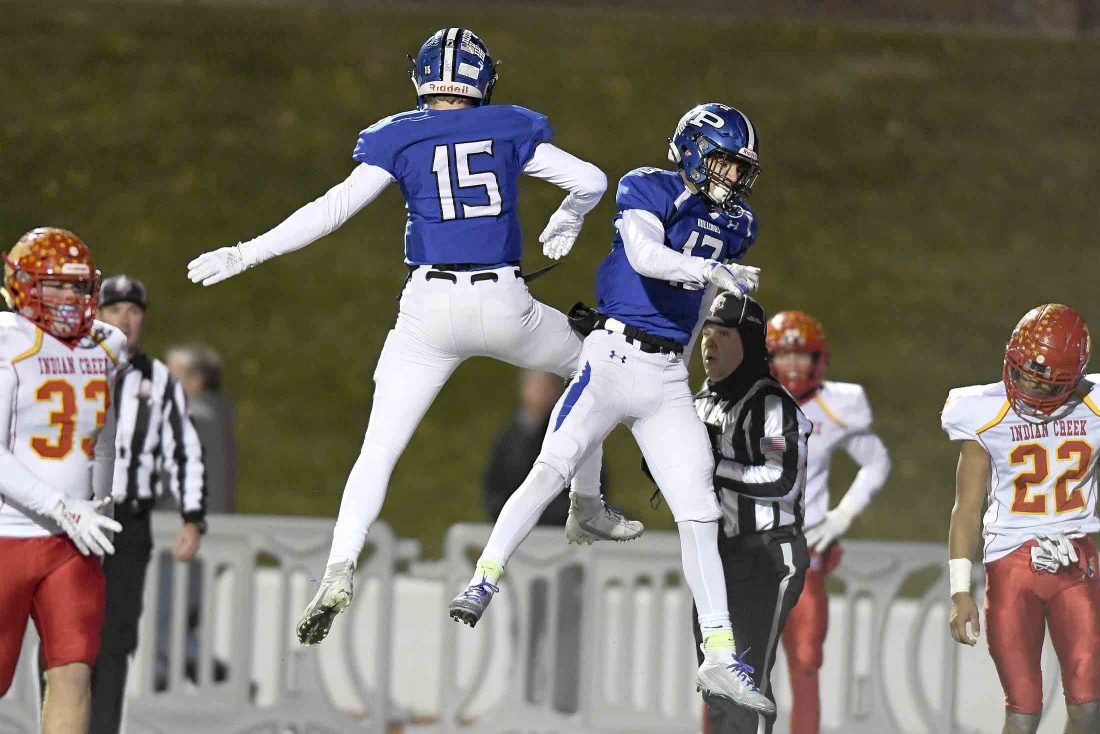 The second-seeded Bulldogs manhandled third-seeded Wintersville Indian Creek 35-0 in a Region 13 semifinal Saturday at Sebo Stadium in Salem to improve to 10-2. They will play top-seeded Perry (12-0) next Saturday in a regional final, with the winner advancing to a state semifinal.

“We’ll be excited to play Perry,” Poland coach Ryan Williams said. “They’re the top seed and I hear they’re the real deal. They have a running back who is a Division I (college) recruit and they have an explosive offense, so we’ve got some work to do.”

The Bulldogs have outscored their first two playoff foes 66-0, after beating Struthers 31-0 in the first round.

Against Indian Creek, Poland got a gift to open the scoring. The Bulldogs failed to get a first down on their first two possessions and Indian Creek also failed in its first two. A bad snap on a punt set Poland up at the Indian Creek 1-yard line. Josh Alessi scored on the next play, the first of his three touchdown runs. 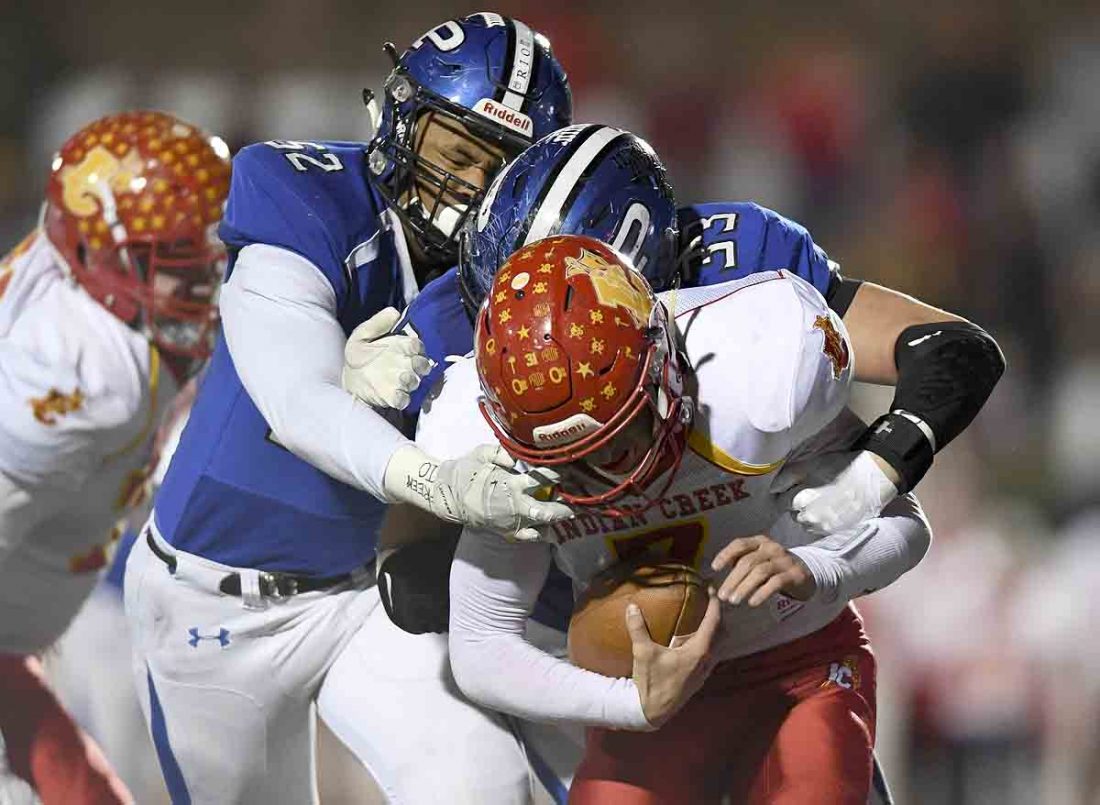 “I tell you what, our offensive line dominated and made things easy for me back there,” said Alessi, who finished with 155 yards rushing on 27 carries. “There were some nice holes and we were able to pick up good yards after the first couple of series. (The linemen) just took it to them.”

Not to be outdone was the defensive linemen, who enabled the linebackers to roam free and make plays. Indian Creek running back Trevor Fante entered the contest with 1,456 yards rushing and was limited to 30 yards on 12 carries. Poland had 314 total yards and allowed just 114 total yards.

“Michael Voitus made a ton of plays on the defensive line and I thought Jake Kountz and Alex Feliciano also had great games up front defensively,” Poland coach Ryan Williams said. “(Outside linebacker) Jake Rutana and (lineman) Nathan Tucker also played their tails off.”

Alessi’s 16-yard touchdown run late in the first quarter made it 14-0. On Poland’s next possession, quarterback Jake Fulton rolled out left and threw a 37-yard touchdown pass to Andrew Centofanti, who out-battled a defender and grabbed the ball near the 8-yard line, wiggled free and scored. 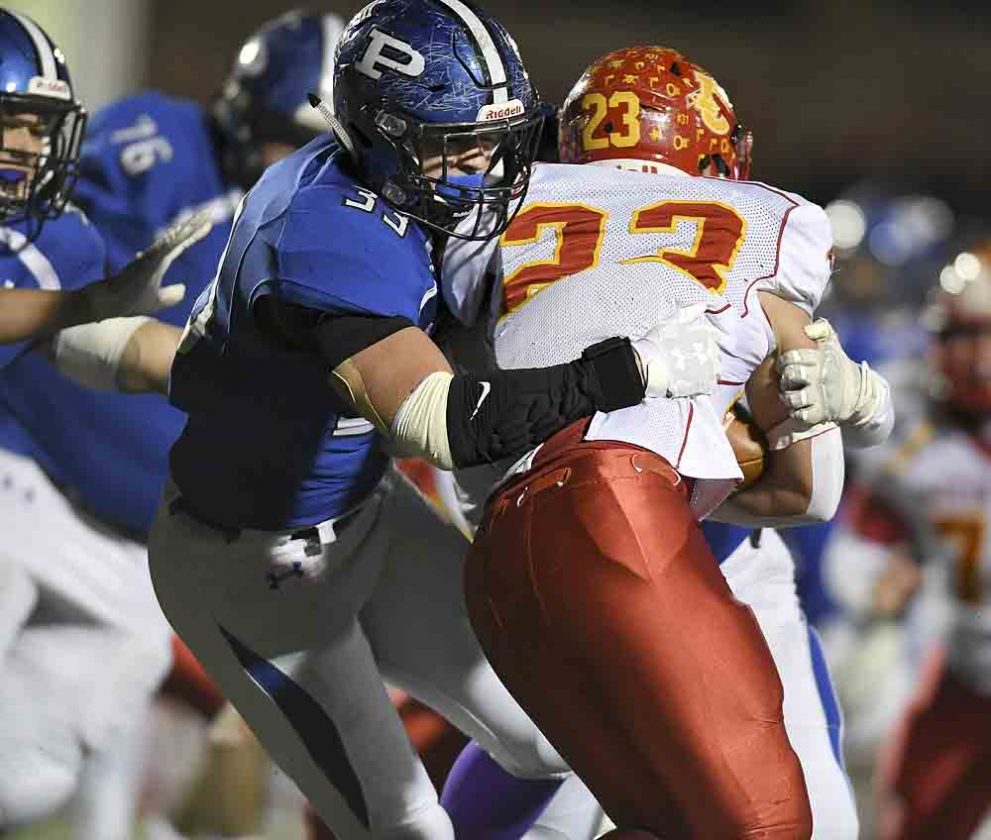 Voitus capped his big game by grabbing a 22-yard touchdown pass from Fulton with just less than 5 minutes left.

“When you get open and you see the ball coming, it seems like it’s just floating,” Voitus said. “You concentrate hard because you don’t want to drop it when you have as much space as I did. Our offensive line played great and we tried to match them on our defensive line. But now we’ve got Perry and we’re going to have to really focus and work hard at practice this week and limit our mistakes.”

Poland had few mistakes against the Redskins. By the time Indian Creek got its initial first down, Poland had a 28-0 lead with just more than a minute left in the first half.

“We did leave some points out there, which we won’t be able to do next week,” Williams said. “We had a field goal glance off the left upright and missed another field goal. First of all, we need to make plays because we’d rather score touchdowns than attempt field goals. But, when you’re in the red zone, you’ve got to score. We need to clean that up next week.”