Bulldogs win 31-0 this time against Struthers 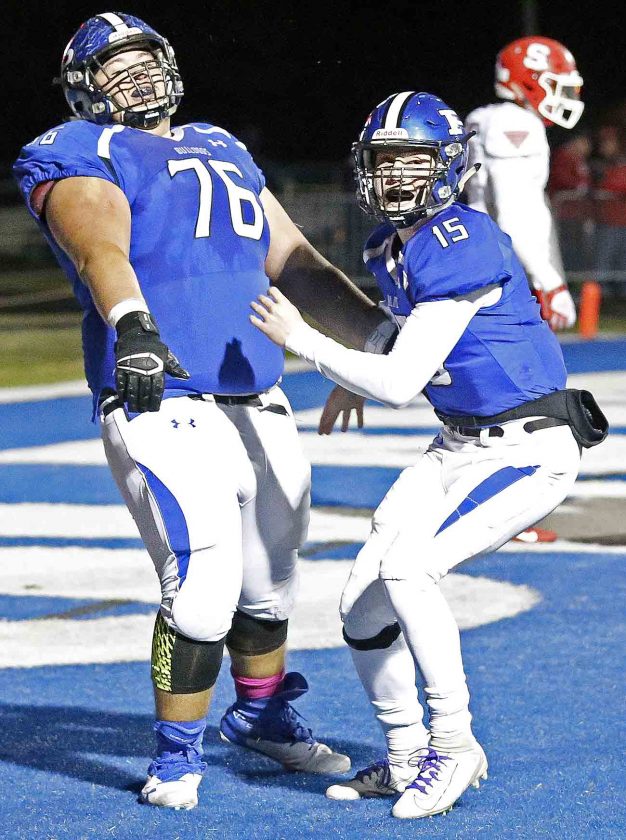 POLAND — It was only nine days ago that the Poland High School football team ran out the clock for a 14-12 win over rival Struthers in the regular-season finale.

Saturday night, the Bulldogs ran out the clock on Struthers’ season, as the Bulldogs blanked the Wildcats 31-0 in the first round of the Division IV, Region 13 playoffs at Dave Pavlansky Stadium.

The second-seeded Bulldogs produced a 14-point swing late in the first half that gave them all the momentum against seventh-seeded Struthers.

Poland improved to 9-2 and will battle third-seeded Wintersville Indian Creek (10-1) in a regional semifinal next Saturday, after the Redskins defeated Hubbard 35-29 on Saturday night.

“We’re excited and we think we can get on a roll here in the playoffs and do some big things,” said junior receiver/defensive back Andrew Centofanti, who made a few big plays near the end of the first half. “This is a blast.” 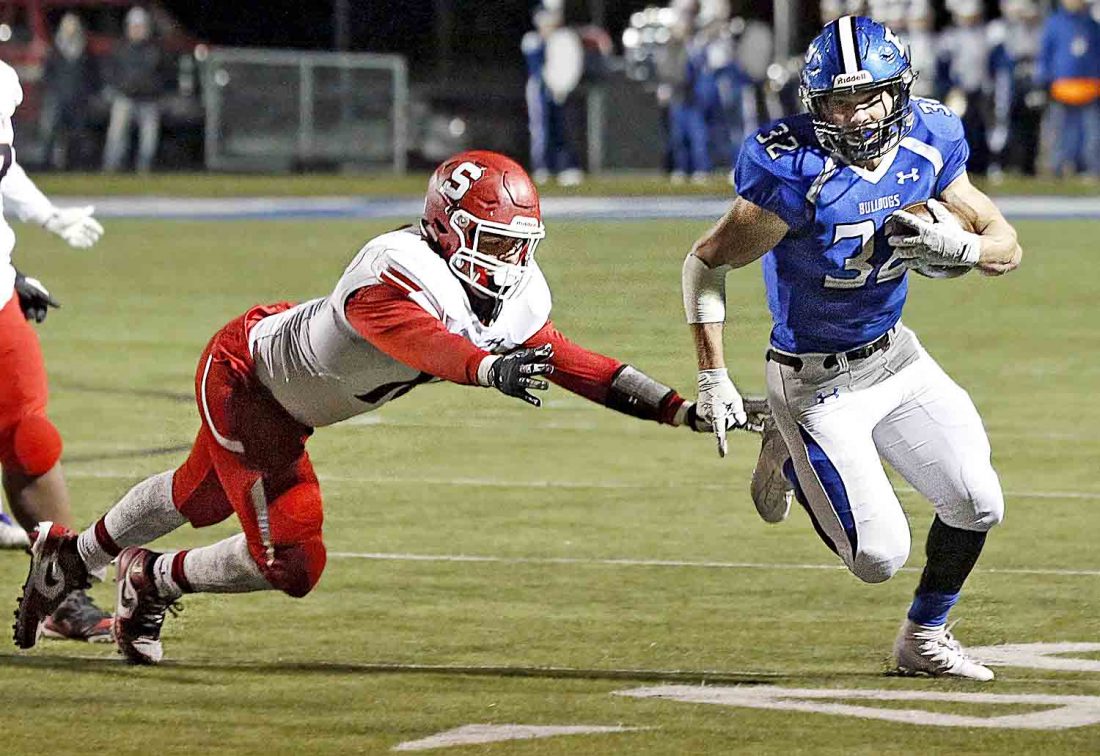 Centofanti, a basketball standout, is playing varsity football for the first time this season after sitting out a year ago.

With the Bulldogs leading 14-0, Struthers was driving and nearing the red zone. The Wildcats faced second-and-10 at the Poland 30 with just over one minute left in the half. Centofanti stepped in front of a pass from Aiden Hall for an interception, weaved through defenders, found the sideline and returned the ball 68 yards to the Wildcats’ 22 with 1:02 left.

After two penalties and two plays, Centofanti ran a post pattern and fended off a defender in the end zone while hauling in a 22-yard strike from quarterback Jack Fulton for a 21-0 lead.

“Those were the key plays in the game, that final minute,” Struthers coach Curt Kuntz said. “We were fighting to get back into it and then, boom, we got hit in the face. But that’s a good football team over there and they could be playing for at least a few more weeks.”

Poland coach Ryan Williams was tickled for Centofanti and for the Bulldogs to bounce back from a close win last week to a more dominant victory in the follow-up meeting. 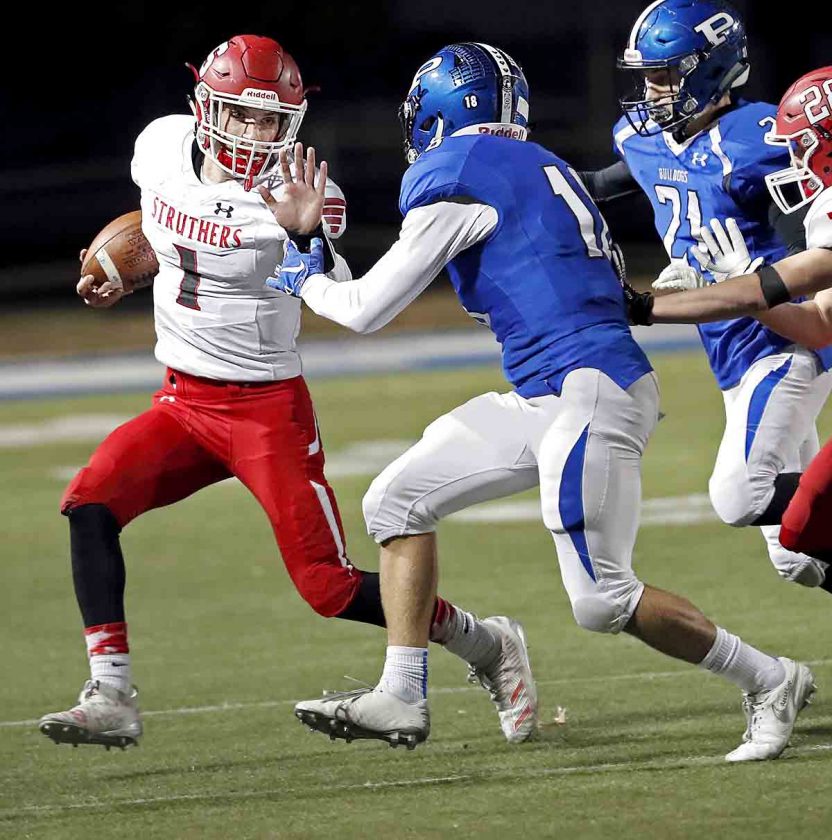 “That was a crazy couple of plays there,” Williams said. “We get the big interception and return and then we shoot ourselves in the foot with a few penalties and it looked like we might not score. But Andrew Centofanti ran a great route and the guys up front gave Jack a little extra time and he threaded the throw.

“Andrew is a heck of an athlete, but because we run the ball so well, he doesn’t get a lot of touches that he could. We’re lucky to have him. This is the first year he’s played in a while because he’s a basketball player.”

Fulton had another efficient game, as he threw for a pair of touchdowns and ran for another. His 12-yard touchdown pass to Jake Kountz gave Poland a 7-0 lead in the first quarter and he capped a six-play, 55-yard drive with a 1-yard TD on a keeper. Fulton was 3-for-4 passing for 42 yards and rushed six times for 49 yards.

Poland’s second-half points were scored by Mikey Kushner, who connected on a 34-yard field goal in the third quarter, scored on a 9-yard run in the fourth quarter and made the extra-point. He was 4-for-4 on PATs and missed a 39-yard field goal.

The Bulldogs used running balance, as Jake Rutana had 71 yards on 16 carries and Josh Alessi had 57 yards on 12 runs.

“That’s our offensive line doing the job again,” Williams said. “They are a special group. Really, the entire team is special. These kids are the best kids. I would be proud to call any one of them my kid. They do the right things, are humble and they work hard.”

“We just couldn’t get it going early and never got in sync the whole game,” Kuntz said. “Then we had trouble getting them off the field.

“But anytime you’re in week 11, it was a good year. We had 16 seniors and we have a good balance of youngsters coming back, so the future is bright.”