Tigers lose a tough one 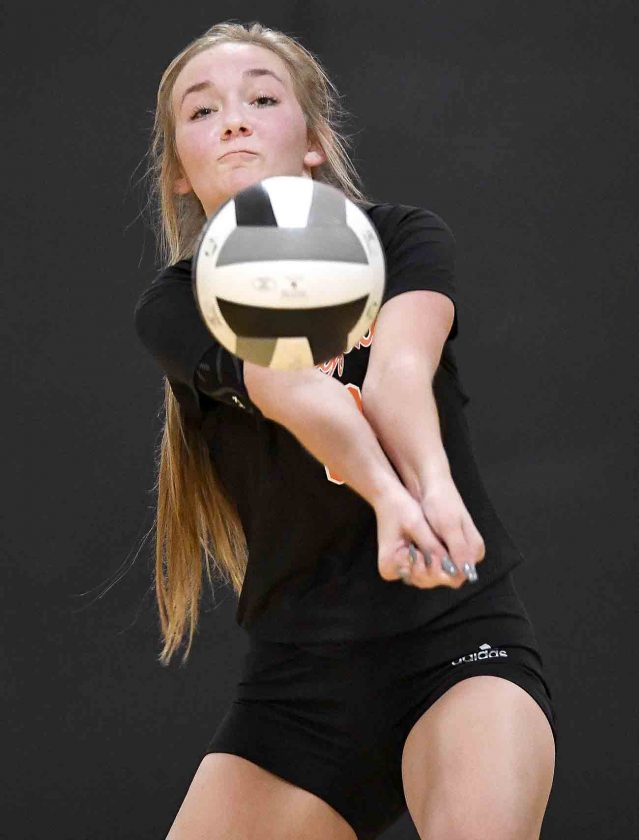 WEATHERSFIELD — Anytime sole possession of a conference is up for grabs, the game is usually going to be a battle.

That was the case Tuesday at Mineral Ridge High School when the Rams hosted Springfield.

Both teams looked to clinch sole possession of the Mahoning Valley Athletic Conference. 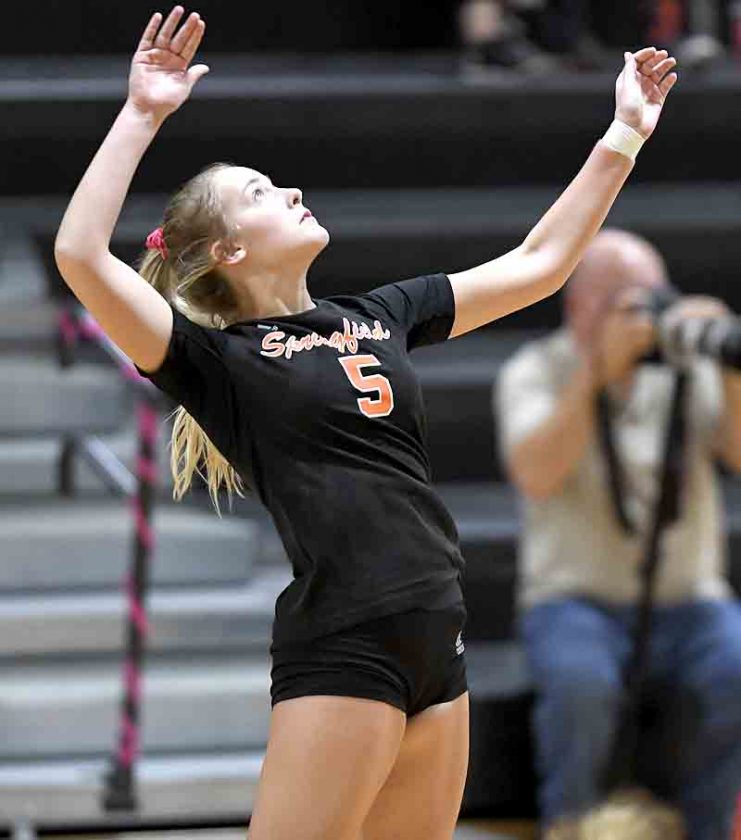 Correspondent photo / Robert Hayes Jennie Stitzel prepares to hit the ball on a kill attempt in the third set.

“This is my first year, and I’ve got to give some tribute to the coach before me,” he said. “Joey Delisio, she was partially responsible for getting these kids ready, too. Me and my assistant, Coach Wright, saw an opportunity here. We stepped in and tried to add a different dynamic to it. We wanted to be super aggressive, and that aggressiveness got us to where we are.”

Springfield coach Angela Jones knew it was going to be a tough match.

“Our girls came hungry for a win and we knew what we needed to do, but Mineral Ridge came ready to play, too,” she said. “We knew they were going to be a good match for us.”

Mineral Ridge (20-1) defeated the Tigers 3-1 earlier in the season, but Lesko knew that preparation for playing a team a second time around has its set of challenges.

“Trying to keep your kids motivated, knowing the level of your competition, knowing that they are an established program, … it’s unnerving,” he said. “For us to come in and our kids to really perform as well as they did, in that scenario, was outstanding. The kids knew they needed this. They didn’t want to share the title, so they’re sole champions now.” 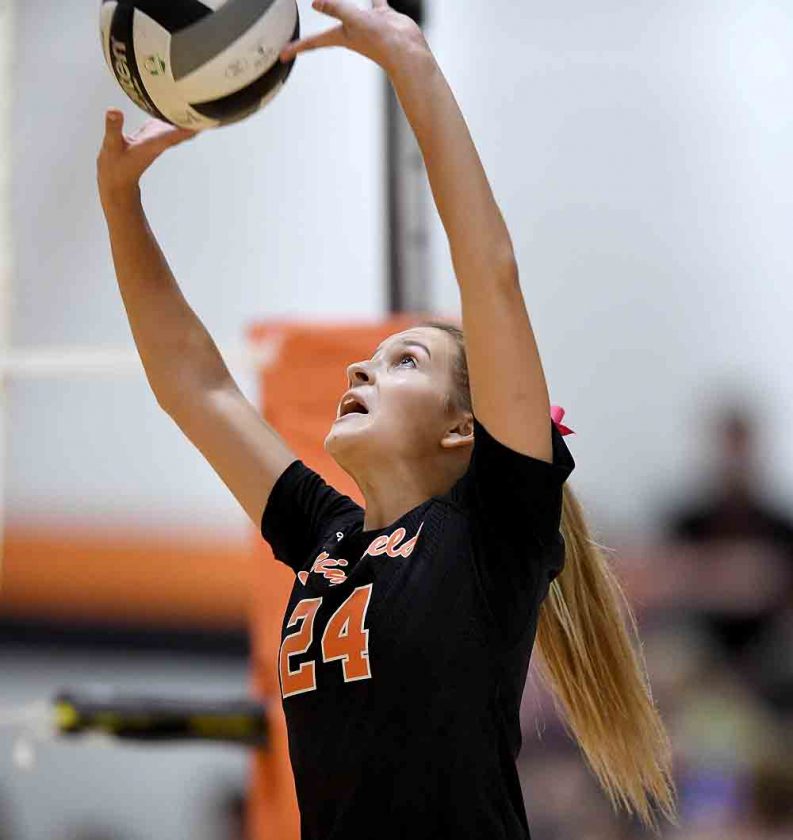 Junior Danielle Aulet couldn’t be more proud of her team.

“I love our team; we’re so good,” she said. “We just keep going. I don’t think anybody can stop us with the way we play. We keep doing our system, and staying together as a team. I think we can go really, really far in the tournament.”

Junior Katelyn Lesko was happy the way the Rams stepped up.

“I thought we played really good,” she said. “We served well, passed well and we put the ball away. We made them work for every point and I think that’s what made the difference in the end.”

Meanwhile, Jones wants the Tigers (16-4) to just take a breather before the postseason. 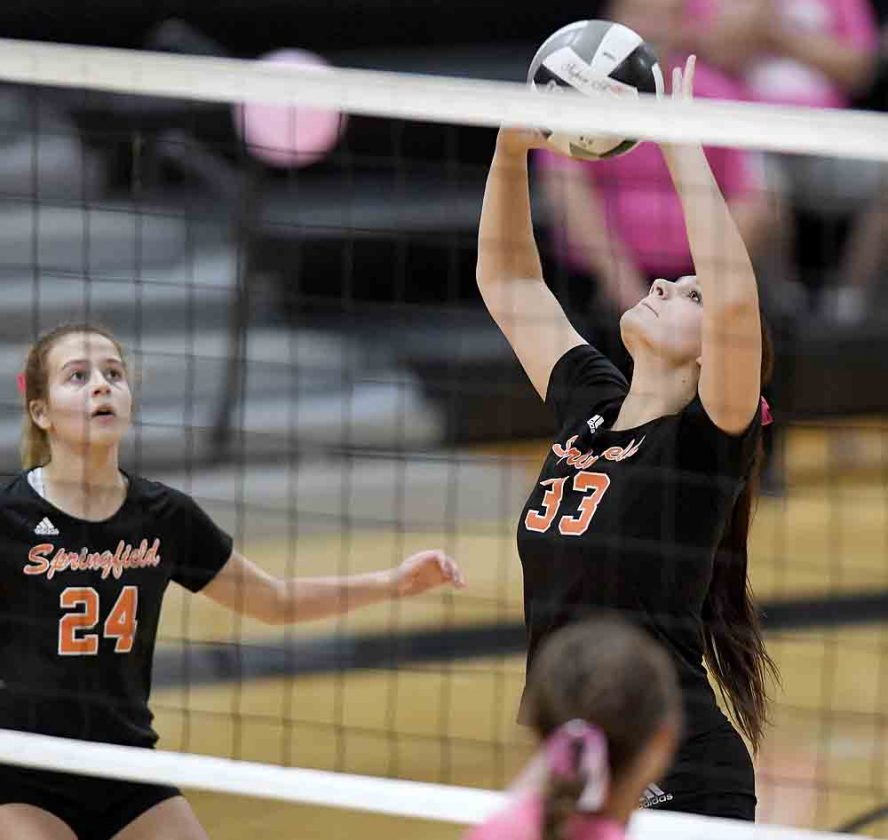 “We need to just mentally give them a rest right now,” she said. “Thursday we have our senior night against Mooney and we’ll let the girls know that they’ve been very successful. Our success far outweighs our losses right now. We just mentally need to get them ready, and let them know they’ve got this.”

With the conference title clinched, Coach Lesko is ready to move on.

“This is just a huge confidence-builder,” he said. “When you can beat a quality team like Springfield twice, you can always pull that card out of your back pocket and say, ‘ listen guys, we played some really tough competition and we’ve come out on top multiple times.’ So we’re ready to take on the next challenge.”