Poland unable to get 3rd win vs. Lakeview 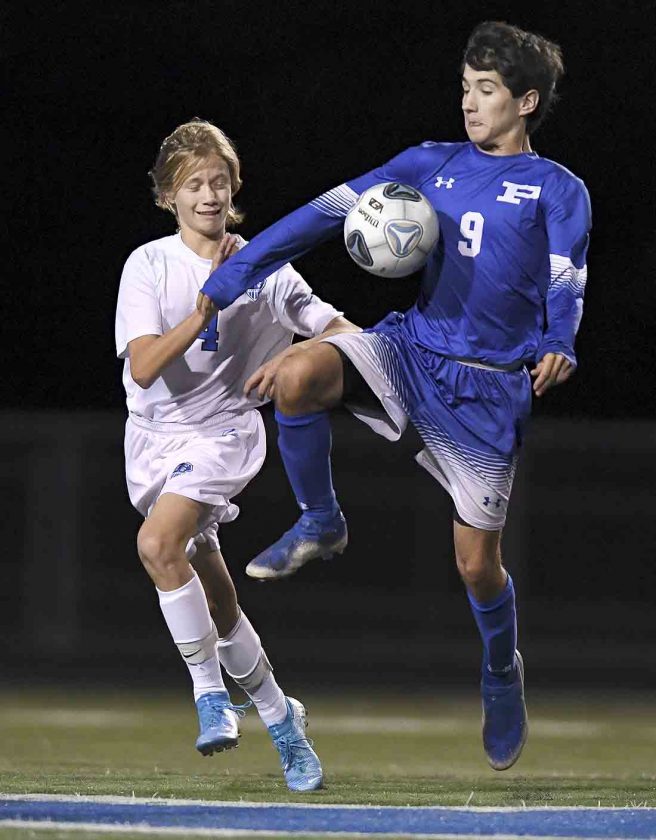 POLAND — It was the “Battle of the Bulldogs: Part III” Tuesday evening at Dave Pavlansky Field in Poland in the Niles Division II District semifinal.

Third-seeded Lakeview may have been shutout twice by second-seeded Poland in a pair of 2-0 losses during the regular season, but Lakeview took advantage of seeing Poland a third time to flip the table and win 2-0 themselves on two late goals.

Lakeview coach Scott Smith was thrilled for his team.

“It feels incredible,” he said. “I mean our kids, they put in the work throughout the whole year, they played this team twice already and each game, it’s been really close, and we knew that we were coming for a grudge match.

“You have to take into account that we’ve been here throughout the year already. We’ve seen this stadium; we’ve seen this field; we’ve seen this team twice. We didn’t make any changes based on if it was home or away, we just wanted to play our game and make sure our style was in our game.” 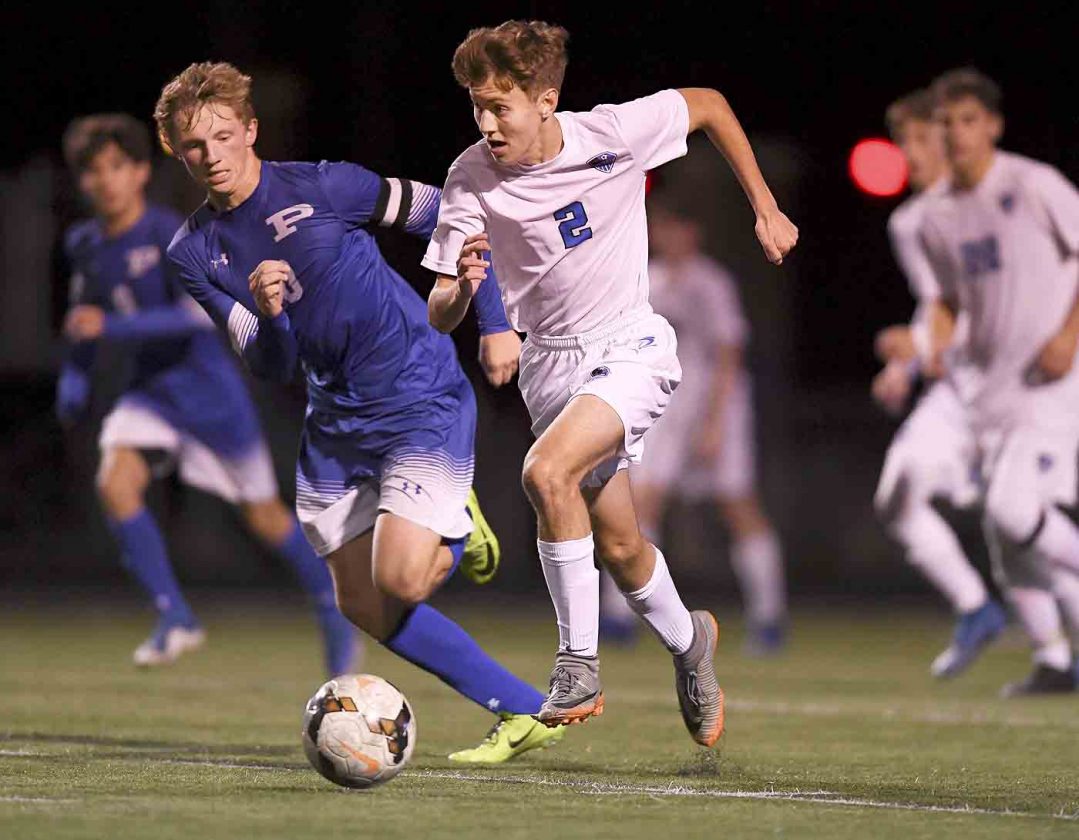 Correspondent photo / Robert Hayes Adam Rumble, left, of Poland chases down Jake Busefink, right, of Lakeview in the second half at Poland.

It was a 0-0 deadlock throughout most of the match until Lakeview junior Blake Stockton drove down the field to score with less than 15 minutes left in the second half to give his team a late lead.

Stockton knew he needed to score for his team.

“It just felt like I saved it for us,” he said. “We’ve lost to them two times, and this game, it just felt strong.

“Just thought about it, deadcenter right in the middle of the field and dead-eyed keeper the whole time. We just felt stronger, and we got into the game more.”

With 2:44 left in the match, junior Jake Busefink put the exclamation point on Lakeview’s night by scoring himself to seal the deal.

“It felt amazing, because when I scored that, I knew it was a wrap. I knew we were going to districts.”

He also felt that Stockton’s goal gave him the opportunity to score himself .

“They (Poland) played with a little bit less intensity and allowed us for more room to breathe going in.”

Smith was pleased with the 2-0 clean sheet.

Lakeview (11-6) moved on to play first-seeded Howland at 4 p.m., Saturday at Bo Rein Stadium in Niles.

Meanwhile, Poland (11-4-3) sees its season come to a close, and coach Brian Garcar knew facing Lakeview again would be tough.

“We know each other really well at this point in the season. We both have tape on each other, we both played each other twice at home and away.

“They’re a good team. They got a lot of really nice young pieces, and they were able to slow us down at different points, and we weren’t able to capitalize when we had our chances. They had two fantastic goals, so you got to give them a lot of credit. I wish them luck on Saturday (against Howland). They had our number today.”

Poland graduates eight seniors and Garcar appreciates the change his senior class brought to his program.

“You know, at the beginning of the year we talked about rebuilding Poland soccer culture, and it required a lot of discipline,” he said. “We did a lot of different things this offseason that we’ve never done before, and their leadership on and off the field was so vital getting us through the summer, leading us into the actual season and then getting through the season.

“I mean we faced some adversity throughout the year and in big games were we needed them to step up, they provided that leadership for us,” he added. “They’re going to be missed, not just because of their talent, but they’re just great people. They have really bright futures ahead of them, so I know our younger guys look up to them and I’m blessed to be able to coach them for four years.”