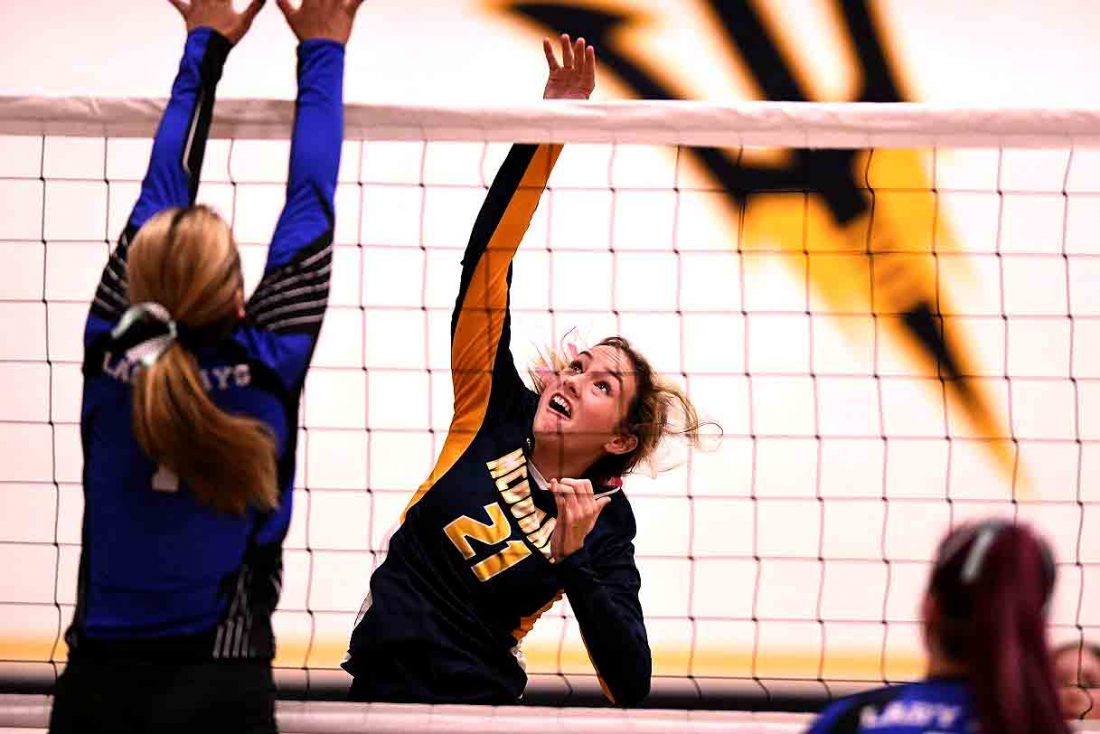 That happened Tuesday night at McDonald High School when Jackson-Milton swept the McDonald Blue Devils by a score of 3-0, but the odd coincidence was the score of each set.

Jackson-Milton won all three sets by a score of 25-13.

“I don’t know, it was weird,” said Blue Jays coach Sue Prozy. “We commented on that last game, that it was 13-25, so I don’t know. It was just funny to me it was that same score.

“It felt like the first and third game, they (McDonald) kind of jumped to the earlier lead, and then we had to work to come back. We just kind of made some mistakes there, and they kind of got back into it.” 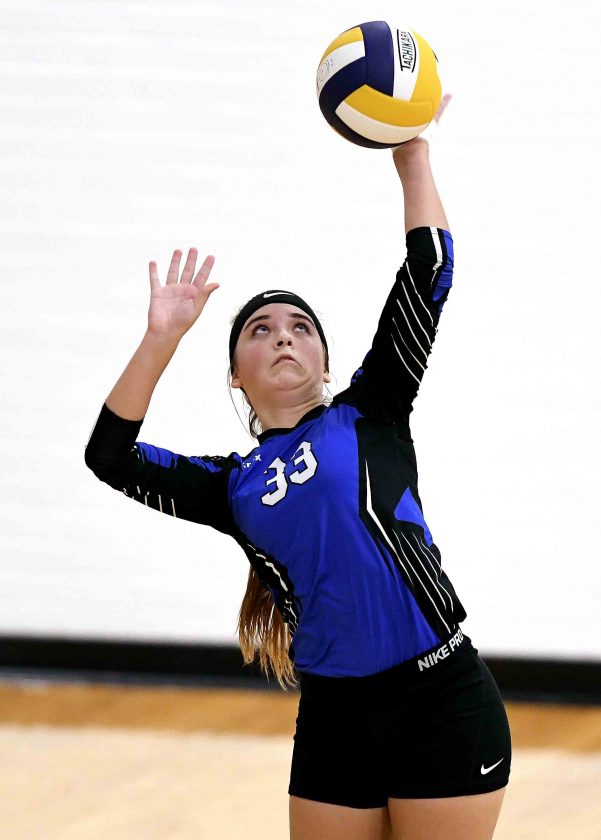 Correspondent photo / Robert Hayes Bailey Estes of Jackson-Milton serves the ball during the second set in her team's 3-0 win over the Blue Devils at McDonald High School.

The two schools play in the Mahoning Valley Athletic Conference and Tuesday night’s match was key as the Blue Jays looked to climb back to .500. The Blue Devils were trying to gain some momentum with the postseason looming ahead.

Overall, Prozy was pleased with her team’s performance.

“The girls just played hard and it seemed like they were having fun,” she said. “I try to remind them of every game that this is a game and you need to have fun when you’re playing it. They hustled. They played hard. They didn’t let a lot of balls hit the floor.”

Senior Grace McDevitt, who had 12 kills and four blocks, felt her team needed a win to get out of their funk.

“Honestly, it was pretty nice to have a win off of our couple losses, and it felt really nice,” McDevitt said. “I mean, I think we play a lot better than we have been. I think we wanted it a little more.”

Julia Bogden, another senior, played great defense for her team, as she recorded 18 digs during the match. Although the Blue Jays (9-9), Bogden still feels like there’s work to be done.

“I think that we played really well,” she said. ” There are definitely some things that we can work on, and we need to work on them going into the tournament. I think we just need to work our hardest and want it even more.

“Definitely our defense and our coverage, because sometimes we’re a little iffy on it.”

“Definitely my passing, because it’s been a little rough the last couple of games, so I definitely picked it up this game,” she said.

“They (Jackson-Milton) looked tough. They came ready to play,” Harrison said. “I think we started off a little slow today, and we made a mistake. We let it get us down. We fight back, another mistake, and just couldn’t get out of the rut we kept for ourselves, unfortunately.”

She understands the challenges of coaching and growing a new program.

“We’re just working hard,” Harrison said. “It’s our first-year ever having volleyball, so we’re kind of behind the 8-ball. But, I think they work hard and they’ve improved.

“It’s very challenging because we’re fortunate enough. We have a lot of numbers, a lot of girls were coming out that are interested, and a lot of athletes. I was blessed that way, and it’s just starting young. We have a nice eighth-grade team, seventh-grade team coming up. I think we’re going to do pretty well in the future. I think it’s a good program.”

Meanwhile, Prozy wants to take the momentum gained Tuesday night and use it going forward.

“I think we have the skill set,” she said. “It’s just we got to get them mentally prepared. That’s like a little tougher to do because they got to get in that mind set that they can be successful and beat teams. When we’re in tight games, they’re able to pull them out.”

McDevitt is ready for tournament play in the coming weeks.