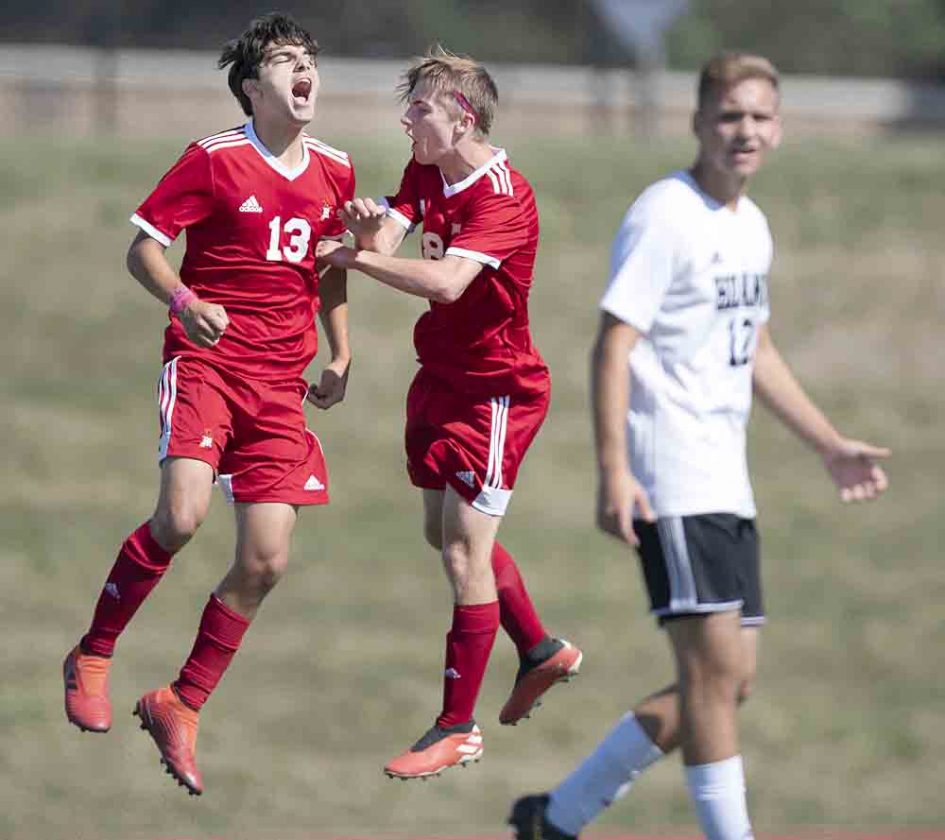 YOUNGSTOWN — If anything can be taken away from Cardinal Mooney’s 3-1 win over the Berlin Hiland Hawks on Saturday afternoon, it’s that the Cardinals have clinched their first winning season in five years.

For first-year coach Matthew Britton, Mooney’s success this season speaks for itself.

“This is my first year here, so we had to change the culture from the start,” he said. “I think they’ve won 12 games in three years, so this is a team that is much better than that, and we’re just trying to show everyone that, historically, Mooney is the top program in this area.”

The Cardinals have the most district titles in the area, but have fallen behind the last few seasons. Britton credits his seniors for helping them take a step forward this fall.

“I couldn’t ask for a better group of seniors to walk into,” he said. “From day one, we’ve been conditioning since May, and they’ve been everything I could ask for.” 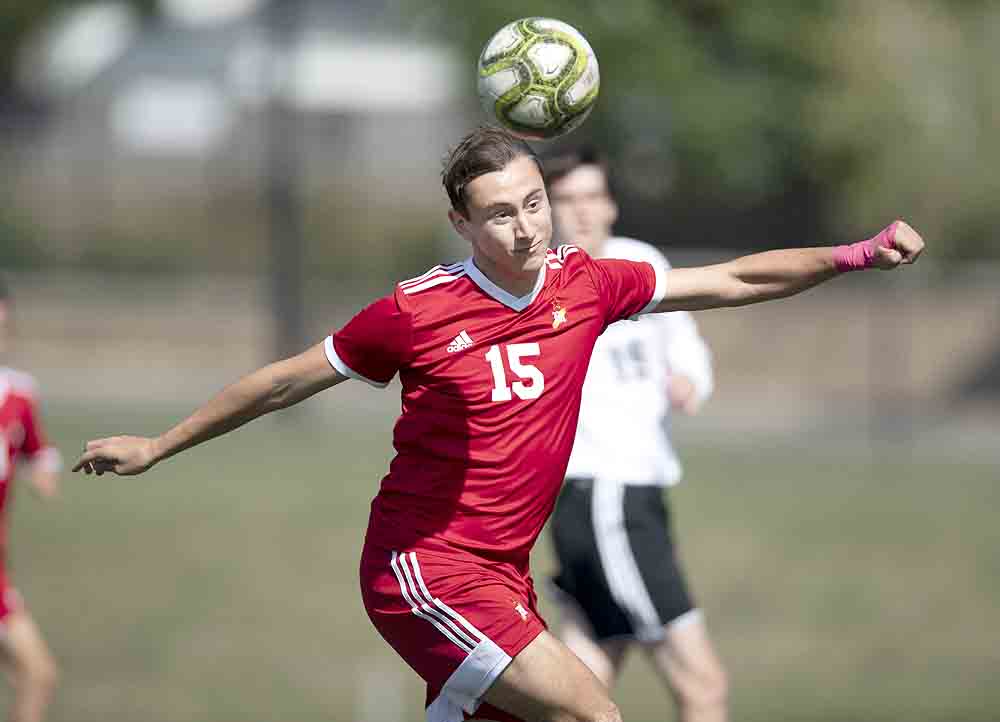 Correspondent photo / Robert Hayes Savvas Pizanias goes for a header on goal during the first half in Cardinal Mooney’s 3-1 win over Berlin Hiland at YSU on Saturday afternoon.

It was a 0-0 for much of the match until Mooney broke the tie at the 27:59 mark in the second half with a goal by junior Justin Durkin.

Not much later, senior Andrew Philibin followed it up with of goal himself to make it 2-0. The Hawks scored later in the second half to make it 2-1, but Mooney struck right back with a goal by senior Mark Armile to seal the deal on the Cardinals’ 3-1 win.

Durkin knew things would change once Mooney broke the 0-0 tie.

“We felt like we were really dominating them through the first half, we didn’t really give them too much,” he said. “We obviously wanted to see what they got at first since they’re such a high-ranked team, but we knew we had them after the first half. We just had to put them away and once we got the first one, we started clicking, and it all just came together.”

Berlin Hiland went into Saturday’s match ranked 10th in the state in Division III, but Durkin felt facing a team of their caliber would change the game.

“It does change things, because they just play a higher level than a lot of teams around here,” Durkin said.

“This is a team that in my history in high school, has beaten us every year, and to come out here on our first winning record in five years and beat them coming into our last game of the regular season feels insane.”

Andrew Philibin, who had the Cardinals’econd goal, credits teamwork for the second-half attack.

“We just pretty much worked for each other, we knew that we were dominating the game, and we just had to work for each other and put one into the back of the net,” he said.

“After the first one, we just built momentum, we have confidence with our own teammates and stuff. I don’t know, we just work for each other, and we have to do what each and every one of us has to do. Stay focused and that’s pretty much it.”

Mooney (8-6-1) has one more regular season game Tuesday against their rival Ursuline before postseason play. Britton said the win on Saturday will help give the Cardinals momentum going into the tournament.

“We’re going to take this effort, and continue it forward. Like I said, the boys gave everything they had, and they’ve got more to give. We’re going to continue this going forward, and we’ll see where it takes us.”