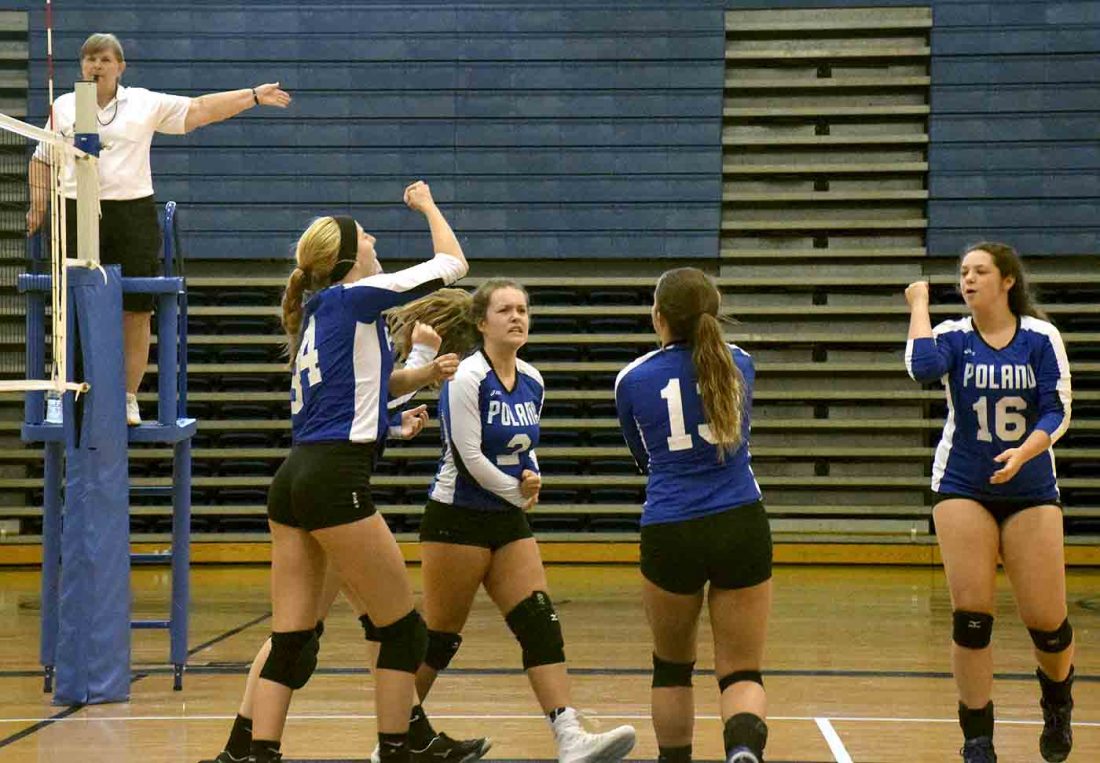 POLAND — Martina DiNello politely asked if she could do her post-game interview away from the scorer’s table inside Poland High School’s FieldHouse.

The second-year volleyball coach made her way toward the net, where her Bulldogs held off a young, feisty Liberty team Monday, 3-1.

DiNello admitted her mother and father made her nervous, not used to being interviewed by reporters. She said it’s about being in a comfort zone, just like her team figured out Monday.

The Bulldogs, who had eight posters hanging from the east wall of all eight seniors, showed the resiliency and resolve this team had rallying from three-point deficits deep in the fourth set. The 28-26 final avoided a fifth set in a match where Poland had little trouble coming to terms with an early 2-0 advantage — 25-9, 25-16.

It might have made those Arby’s roast beef sandwiches sold for $1 each about 15 minutes after the match — leftovers from the Poland concession stand — taste that much better. No need for condiments. Just plain and simple, just as Poland handled its business early in this match and in the last part of that fourth set. 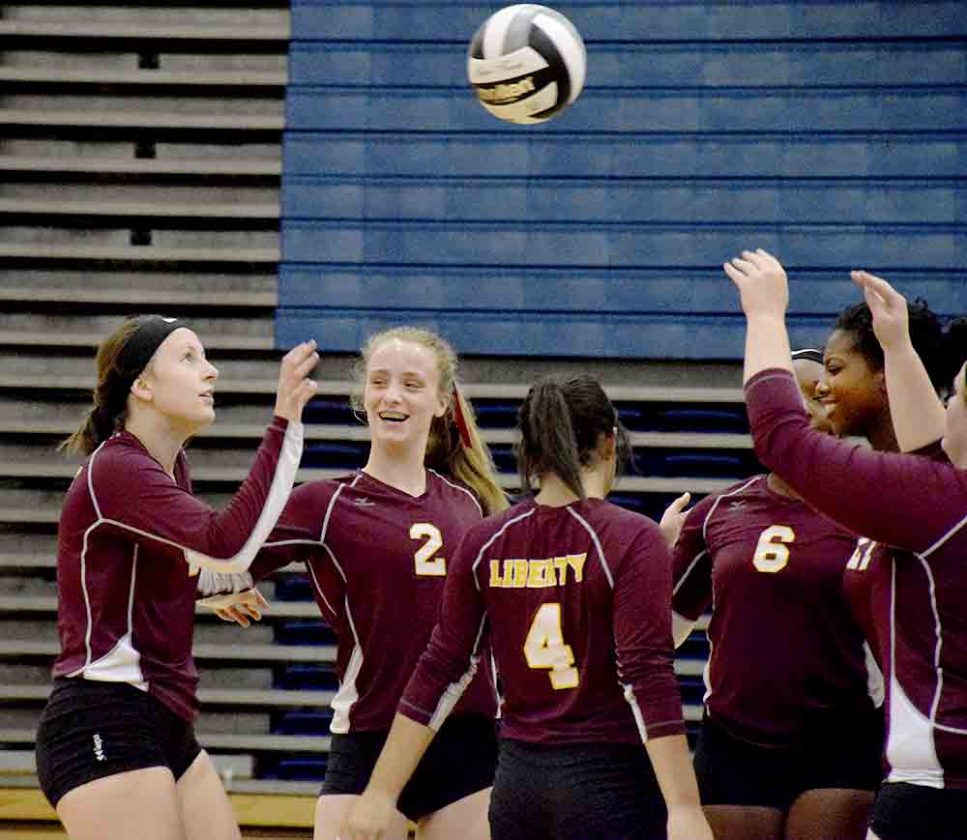 “Our serve-receive is the biggest thing we’re working on in practice,” DiNello said. “We did a great job this game. Right now it’s about smart plays, when you did — when you don’t hit.”

Body language is usually a telltale sign at any sporting event. Poland’s team huddled following each point and was emphatic as the Bulldogs’ chatter reverberated around the gym filled with an intamate gathering of friends and family of both teams.

Forlorn faces, not even attempting to crack a smile. Liberty slumped after the crushing 25-9 first set. The Leopards (2-5) cut the Poland lead to 19-16 before the Bulldogs (3-4) rolled to the victory and a 2-0 lead.

Those Liberty faces turned quickly as this young team started to feel the excitement. The Leopards were up 14-6 in the third set — a far cry from the first two.

No octopus-like arms, gingerly patting teammates in a huddle. There was some feeling behind these motions in the third set.

Liberty coach Allie Adler changed around her lineup, got in more hitters and saw more connection with the inflated volleyball as confidence was visible in those Leopards.

Her team started to believe in themselves and their actions — something Adler wants to convey during practices.

“It’s all about finding the little stuff, finding the good things — rather than hanging your head on bad things,” Adler said. “Sometimes we get caught up in all the bad things and we don’t realize, ‘Hey. I might have eight kills right now.’

“I think pushing that in their head will bring them out more.”

DiNello saw the opposite from her team, plenty of self-inflicted miscues as the Leopards pulled away for a 25-22 third set — forcing a fourth.

It’s a familar sight, something she’s seen before.

“We struggled with it all last season, and we’re trying to overcome it this season,” DiNello said. “I think we’re a very good team. If we can learn to play with that confidence, positivity and security, I think that third match would’ve been a lot different.

“We were tenative, which gave them a break. They took the window, and they went with it.”

It’s like the opportunity to buy a discount roast beef sandwich. You don’t hesitate to reach for two bills, munching them on the way to the office.

GIRARD — Damon LaRiviere was an assistant coach for the Girard High School boys soccer team last year, and the ... 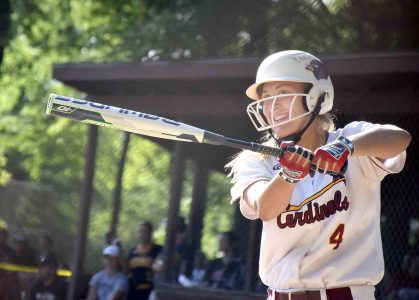