Girard shows JFK, others it remains a potent team 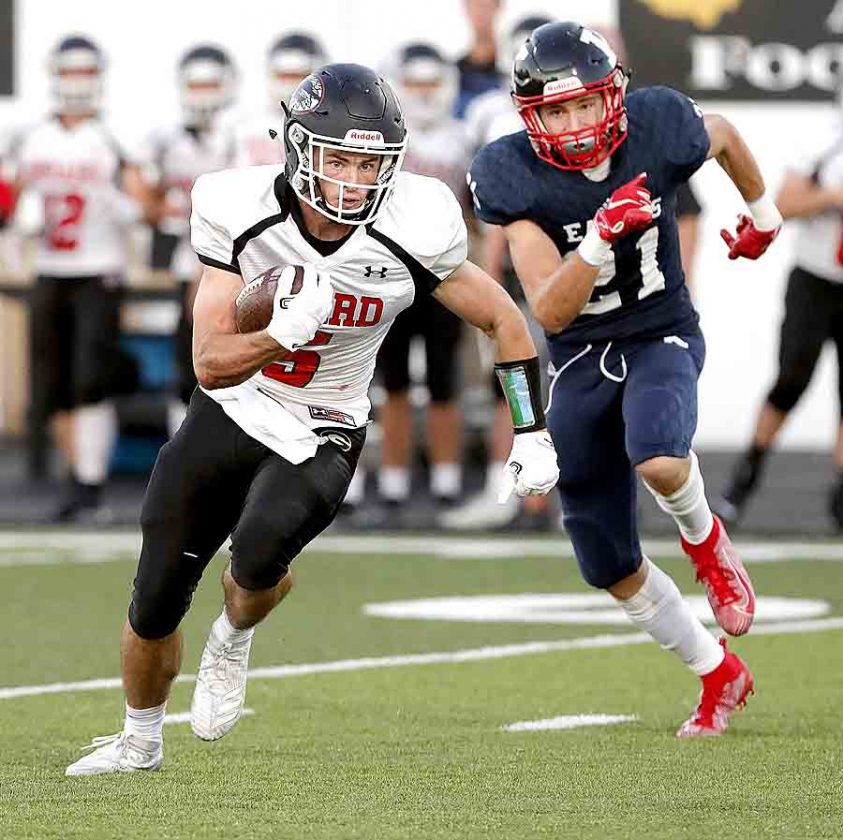 Still, the 2019 edition of the Indians have quickly sent a message that life after Waid is not exactly the doom and gloom many area fans expected.

Girard lifted its record to 3-0 Saturday with a 41-14 road win over Warren John F. Kennedy (2-1) at Mollenkopf Stadium.

The Indians, who have scored 130 points through three games, showcased numerous weapons who are taking the place of what was at times last year a one-man show. 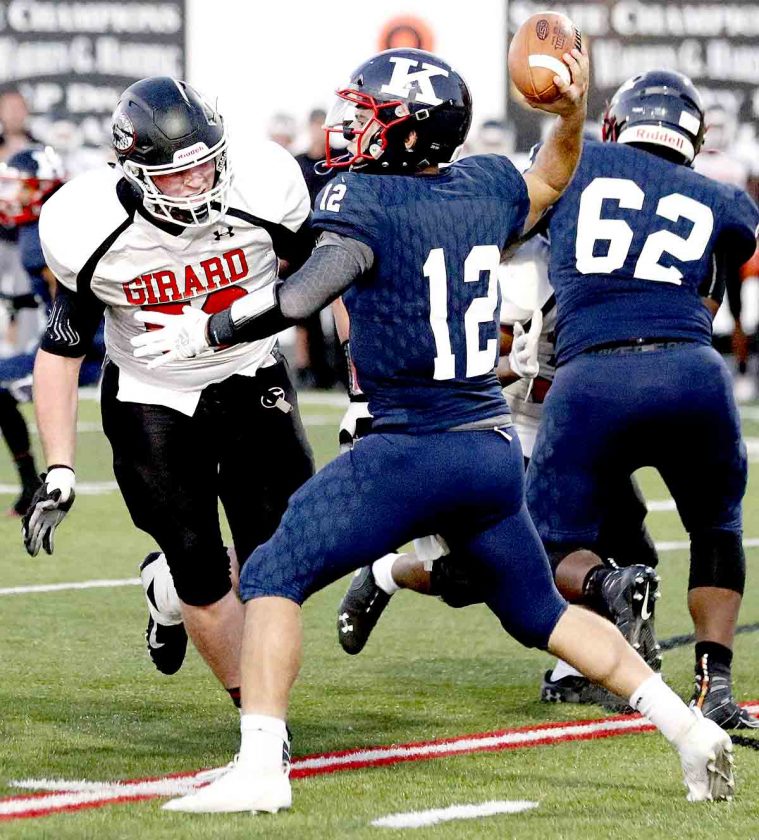 “What happened last year was magical, it was something that will stay with us forever,” Girard coach Pat Pearson said. “But this group wants to make its own mark, it wants to take care of business today and not live on last year’s accomplishments.”

“We had eight to 10 players last year who were unsung heroes. This is their time to shine.”

Indeed, if game balls were passed out Saturday, there were plenty to distribute. Running back Morgan Clardy ran for a 69-yard touchdown on the second play of the game — a lead the Indians would not relinquish. Clardy finished the night with 121 yards on just 10 carries.

Then there was Jimmy Jones, who did a bit of everything. As a receiver Jones hauled in five passes. Jones carried the ball 14 times (two touchdowns) for a game-high 127 yards. When he lined up at quarterback, Jones was perfect. He completed all four of his pass attempts, including two which went for touchdowns. He threw for 103 yards. 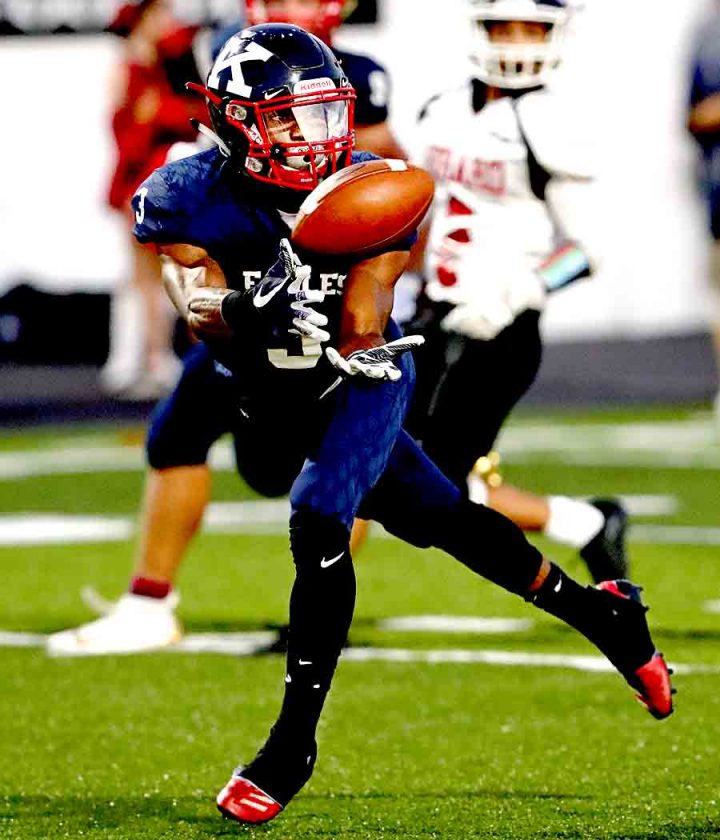 “That was pretty fun out there tonight,” Jones said. “Last year’s seniors left a big impression on us. We’re just trying to carry on the tradition. I love having multiple roles on the field. I love being involved.”

Jones acknowledged that he never played the quarterback position prior to this year.

“Something new, a new twist on things,” Jones said. “I was only successful tonight because of my teammates. They did a crazy job of protecting me back there. And Nick (Malito), he’s just crazy good the way he gets open and makes things happen.”

Following Girard’s quick strike, Kennedy took its opening possession and marched down to the Girard 10-yard-line before Malito intercepted a pass near the end zone.

Girard took a 14-0 lead on the first play of the second quarter when Malito pulled in a 59-yard pass from Jones.

Three minutes later Kennedy cut its deficit to 14-7 on a Christian Marantis-to-Savone Williamson 20-yard reception. However, Girard scored the next 21 points to put the game out of reach.

“That was Girard football out there tonight, wide open and fast and we attack the ball when on defense,” Pearson said. “We’re going to enjoy this one for the night and get back to work tomorrow.”

“Girard is who we thought they were, they were the better team,” Bayuk said. “The one positive is that we continued to play hard, we didn’t quit. We have to put together a complete game.”

Kennedy looks to rebound next Saturday when it hosts Garrettsville Garfield.

Girard hopes to remain perfect Friday when it hosts Lakeview.