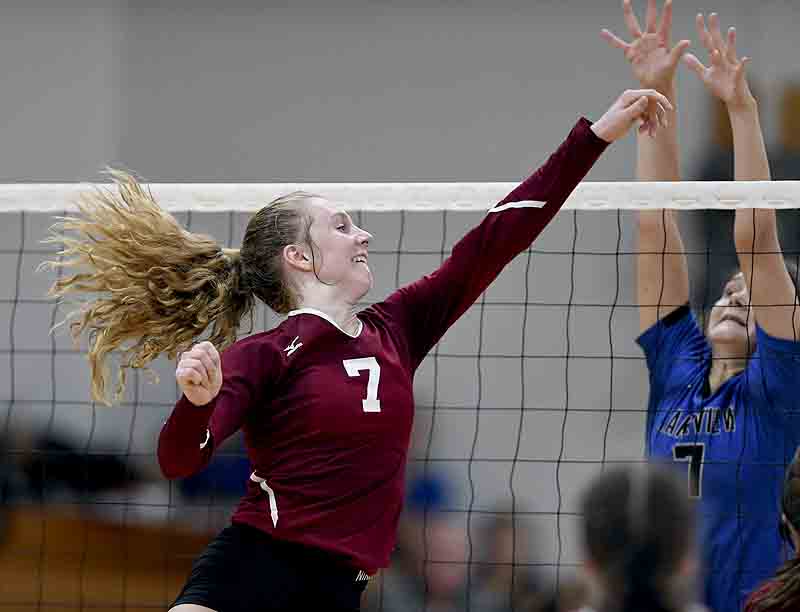 Correspondent photo / Robert Hayes Katie Hough, left, of Cardinal Mooney goes for a kill during the Cardinals’ three-set loss at Lakeview on Wednesday.

CORTLAND — Six in a row. After dropping its first three matches of the season against Howland, West Branch and Crestwood, the Lakeview volleyball team has won six straight.

In fact, Wednesday night’s home victory over Cardinal Mooney gave the Bulldogs victories in nine out of the last 10 sets they’ve played.

Cardinal Mooney (3-7), which defeated Southeast in straight sets Tuesday evening, looked overmatched in the first two sets against Lakeview. However, the Cardinals had some fight left in the tank and led 6-5 early in set three, thanks to the strong play of senior Magen Petty. 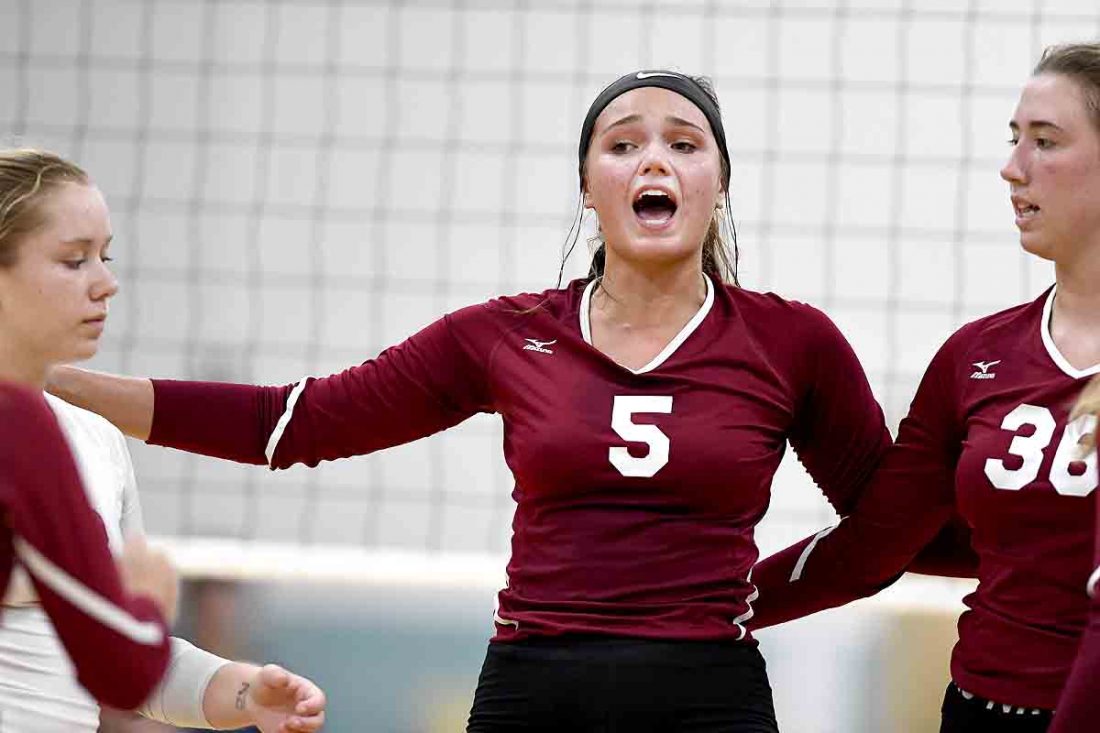 “We couldn’t have played any worse,” Mooney coach Tony Gorvet said. “We got our butts beat. We did nothing right tonight. The only place we have to go is up. We can’t get any worse. The only thing we can do is get better. We are going to have to make some changes. We’ve had some bright spots, but things aren’t working right now.”

The Bulldogs defeated Struthers in straight sets last Thursday, and won three out of four against Girard Tuesday evening.

” It was a great (match) against Girard,” Lakeview coach Heather Guthrie said. ” We battled back and forth. All four sets, we battled. They would go up by two points. Then, we would catch up. It was close the entire way.”

“Girard was a really good team,” Peterson said. ” We played together against Girard, and we talked. We were really on top of everything. Tonight, we played really well. We had good ball control and first-ball contacts. That set us apart from Mooney.”

Things have been working for Lakeview as it heads into a showdown against visiting Niles tonight.

“We have a strong, strong defense,” Guthrie said. ” Our first-ball contact consistently throughout the game leads to us being able to set up all three of our hitters at all times. We have three offensive weapons. When our hitters are on, our passers want to be there feeding them the ball.

“Niles has consistently gotten better over the years. Coach Ron Slipkasky has done a really good job with the program over there. We know it’s going to be a good one against them.”

Peterson feels the same about the match with Niles.

“It’ll be a good game,” Peterson said. “Hopefully, we play like we have the past two nights and bring home another win.”