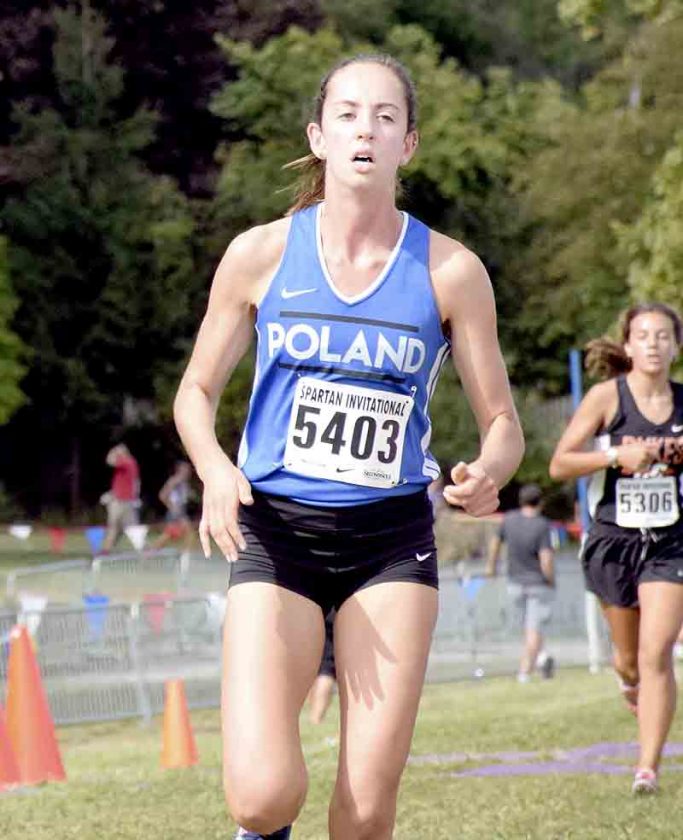 BOARDMAN — Mitchel Dunham’s view was much different than the bulk of the 294 runners in Saturday’s Division I boys varsity race.

The Boardman High School senior’s eyes have seen and his feet have traveled the sidewalks of Glenwood Avenue and the roads due south of U.S. Route 224.

The expansive field across from the Boardman Library is lined with trees with a path winding inside and eventually popping out on the backside of the cluster of foliage — running parallel to the condensed forest toward a finish line.

The remainder of the 3.1-mile cross country course just north of Boardman High School maneuvers around a couple of soccer practice pitches, a football field normally reserved for junior high teams, discus and shot put. It juts out around the baseball field and winds between the football and baseball venues, featuring a 45-degree incline which runners have to endure twice in competition.

Dunham, who finished second to Uniontown Lake’s Nathan Moore, was with the lead pack most of the race. Midway through, North Alleghney’s Daniel McGoey, who took fifth, started to lead. It was short-lived. 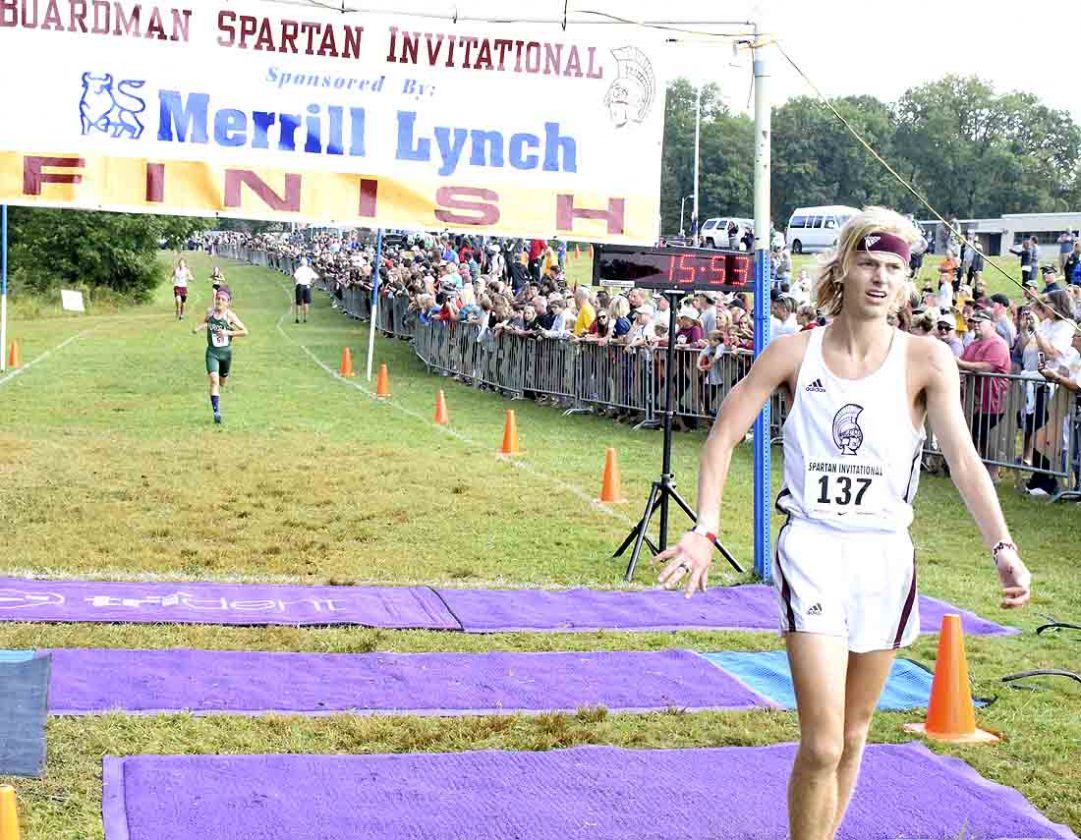 The Boardman senior used his reserved energy to power himself up the incline on the backside of the course for the second time. His second wind came from the downhill run toward Glenwood.

Dunham knew he’d make his move toward the front in the woods ? the last part of this challenging course.

“He fell off a bit,” Dunham said of Singleton. “I felt I couldn’t let everybody bunch back up. I just made a move and with 200 (meters) left to go. Nathan Moore got me.

“It was a lot of playing around, waiting for someone to go. It was definitely tough keeping the form at the end.”

South Range junior Michael Hvizdos kept pace with a 17th-place finish in the Division III boys race, but it was Poland teams which made their presence known with third- (girls) and fifth- (boys) place finishes.

Poland junior Halle Sebest powered her way to a fourth-place finish, knowing this course would be the test the Bulldogs need for its ultimate goal ? getting to the state meet at National Trail Raceway in Hebron.

Poland is used to packing up and finishing high up in most other races, but the Bulldogs missed out on last year’s state meet by six points.

Sebest and Grisdale advance to state last season as individuals.

“I’m hoping we can all stay together and make it to state,” Sebest said.

It was Boardman which led the pack on Saturday, having that course knowledge.

“Knowing the course in some ways is an advantage,” said Boardman’s Frank Bero, who placed 11th in the Division I boys race. “When you got this many people out here, it’s good to know where I should on the turns, in the inside, outside turns.”

Having prior knowledge of Boardman’s course helped these Spartans Saturday.