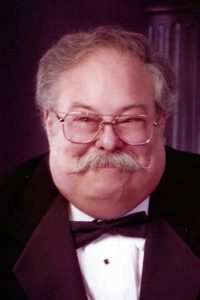 He graduated from Arroyo High School in San Lorenzo, Calif., in 1959 and entered San Jose State University. In 1963, he joined the U.S. Air Force during the Vietnam Era. He served until 1967 as a fire control technician on the F-106 fighter-interceptor.

After returning home, he attended the College of San Mateo and graduated with an associate’s degree in 1973. Gary’s service in the Air Force led to a civilian career as an electronics technician and eventually a technical writer for Advanced Micro Devices (AMD) and NEC Corporation. He pursued his profession on a freelance basis when his wife’s career led the couple to live in Arizona, Oregon, Texas and back to California in 2003. When his wife retired, the couple moved to her family home of Boardman.

Gary was an accomplished musician and singer. He played saxophone in his high school and college bands and sang bass in several barbershop choruses, including the San Francisco Bay Peninsulaires and the Mesa, Arizona, Lamplighters. While in the service, Gary sang with the Keelser Chorus at Keesler Air Force Base in Mississippi.

Gary’s intense interest in history led him to use his writing skills to compile an anecdotal history book of the United States from 1900 to 1925. Titled “From Manila to the Monkey Trial,” it is still available on Amazon today. In addition to the book, Gary’s history blog www.bitesizehistory.net offers over 100 short articles on unusual moments in history.

Perhaps Gary’s most defining feature was his wry and irrepressible sense of humor, which was something of an inheritance. His grandfather, Julius Baer, was a radio comedian in the 1930s and ’40s on KLX Radio in Oakland, Calif. It was no surprise that Gary became interested in radio himself and collected more than 700 radio broadcasts, which he made available to other researchers from all over America.

Gary received his private pilot’s license in 1989 and flew extensively in the San Francisco Bay Area. He also had a first-class radio license, which he used on an expedition into the interior of Panama for Stanford Research Institute to set seismic sensors in the jungle.

Survivors include his wife of 45 years, Donna Morgan Shuster; his nephew, David Shuster; and his niece, Lisa Shuster Schnairson. Gary and Donna had no children, but a host of friends and extended family will mourn his passing.

Gary was preceded in death by his parents, and by his beloved younger brother, Gerald Shuster.

Friends will be received 3 to 4 p.m. Friday, Dec. 6, 2019, at the Zion Lutheran Church chapel. Services will follow at 4 p.m., and all are invited to dinner in the church hall after the service.

Memorials in Gary’s name may be given to the American Heart Association, 840 Southwestern Run, Poland, OH 44514.

Family and friends may visit

www.lanefuneralhomes.com to view this obituary and send condolences. Arrangements are by the Lane Family Funeral Homes-Anstrom Chapel.