WARREN — Jacob LaRosa, 20, who was sent to adult prison a year ago for killing his elderly Niles neighbor in 2015, is asking the 11th Distict Court of Appeals to reverse his conviction and sentencing.

Oral arguments were given Tuesday in the 11th District Court of Appeals. LaRosa was 15 when he killed Marie Belcastro, 94, in her Cherry Street home.

The appeal seeks to reverse his life-without-parole sentence from Trumbull County Common Pleas Court and the decision of a Trumbull County Juvenile Court judge to transfer his case from juvenile to adult court.

Attorney Lynn Maro argued Tuesday and in her filings that Juvenile Court Judge Sandra Stabile Harwood transferred the case to adult court despite evidence that LaRosa was amenable to treatment.

“Multiple doctors provided testimony that there were treatment options and rehabilitation options available that had not been tried with Jacob,” Maro said. “Testimony and evidence confirmed improvement and behavior and maturity in the three years Jacob was incarcerated while awaiting trial. Yet, the trial court’s sentence foreclosed the possibility of change and rehabilitation.”

Maro gave a history of LaRosa’s developmental difficulties as a boy, saying he had an “extremely low” IQ of 64 at age 8 and had started receiving counseling. He was diagnosed with attention deficit disorder, oppositional-defiant disorder and other disorders by age 9.

An older sister also was in counseling by age 14 and “explained how dysfunctional and abusive the family truly was,” Maro’s filing says. 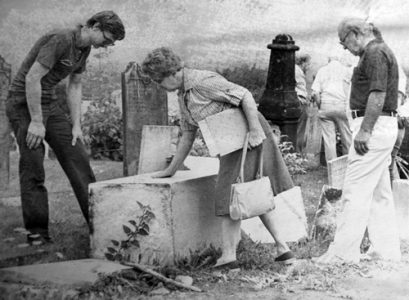