They range from heartfelt to hilarious and rank with some of Joki’s best work. After four months of no live theater, it was a welcome respite and should satisfy those who frequently fill the intimate theater space at Youngstown’s Calvin Center and hopefully introduce Rust Belt to a larger audience.

Joki sings the aching ballad “Where Did I Go?” to open the revue, a song about feeling a loss of identity when all of the theaters went dark and the workaholic performer / director / composer found himself with nothing to do.

Other performers give voice to songs that are lighter, but just as personal. Joki kept Rust Belt’s bills paid by sewing more than 1,000 face masks, and one of the best tunes and performances is “Maskmaker, Maskmaker,” with Tyler Hanes singing about the drudgery of making the same thing over and over again and the increasingly ridiculous demands of his clientele.

Nicole Zayas’ delivery is perfect on “We’re Not Getting Married Today,” and she can sing those words from experience. Her nuptials are among those postponed because of the directives against large gatherings.

“Look Over There” has some great wordplay, an animated performance by Lynn Sabeh and a serious message about stories like murder hornets that seem designed to distract the public from more serious news.

And there are some laugh-out-loud lyrics in “There’s a Drag Show in My Bathroom” (performed by Wesley Miller) that can’t be shared here. I may never look at my shower head again without wanting to call it “Dame Judi Drench.”

The show ends with an emotional one-two punch with Heather Powell singing “I Can’t Breathe” and Joshua Fleming delivering a powerhouse vocal on “White Knight.” If there was a live audience, Fleming would have been greeted with a standing ovation.

There’s isn’t a bad song or a bad performance in the bunch.

Several of the videos have been viewed more than 1,000 times, and I’m pretty sure that doesn’t count the views on the Facebook pages of those who shared the videos. That’s more people than could have seen the show in a two-weekend run at the Calvin Center.

Since Friday Rust Belt has collected more than $2,000 in donations to its GoFundMe campaign. If you watch the videos, consider leaving a tip to Rust Belt, and check out the fundraising campaigns for other arts organizations that are struggling right now.

Each song is posted individually on the Facebook page and easy to access, and watching them out of order won’t impact the overall enjoyment. Joki would be wise to post the videos to YouTube, where they might find an even larger audience.

If there’s a problem with “Quarantine,” it’s that the show has no finale, no culminating number, which Joki acknowledges in his director’s notes. That’s because the circumstances that inspired it don’t have an ending, and there are times when that ending seems further and further away.

Hopefully, that finale isn’t so far off that Joki has time to write “Quarantine 2: Still Distancing.”

Andy Gray is the entertainment editor of Ticket. Write to him at agray@ tribtoday.com 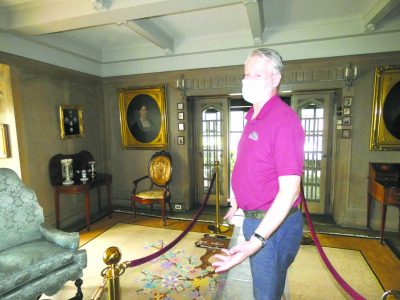 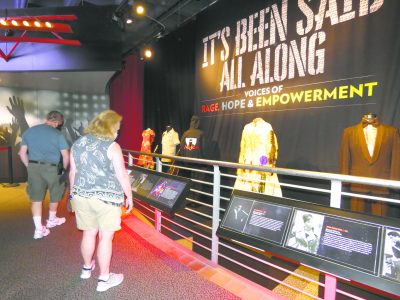