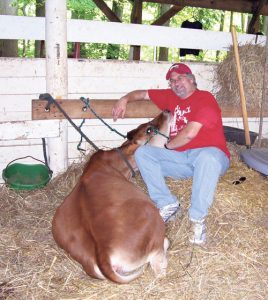 Sorry. I’ve been a bit jittery around bovines since one jumped on me.

It was at our farm, and teenage me bent over the watering trough to clean out floating bits of hay — cows are messy critters — when this Jersey heifer tried to drown me.

Now people squirt out buckets full of milk money to chill out with cows, at least one of which I suspected of murderous intent. For $300, you can spend 90 minutes cuddling, brushing and playing with cows. There’s also a 60-minute lesser option for a mere $75.

Sure, if she’s not standing on your foot. That’s a half-ton of solid indifference who won’t move until the fancy strikes her.

Basically, a cow is like a supersized cat. Sometimes she’ll follow you wherever you go with a frisky jump (turning around to see a herd of 1,000-pound beasts with horns bounding after you teaches a nervous kid how to hurdle a barbed-wire fence).

While it might seem like cows are great listeners, mostly they’re soaking up the sun and ignoring everything you say. If cows could purr, the satisfied rumble probably would rock the barn.

I’m glad this relaxation technique didn’t surface when I was a kid. It would have made me a nervous wreck.

We kids trudged out to the barn every morning and evening to tend to the cattle. If we proscrastinated — a common tactic of young boys — Dad would insist we do our chores because, “I feed you, I clothe you and I put a roof over your head.” If cow cuddling had been a thing, Dad would add, “And you each owe me another $300!”

I didn’t know cows were therapy animals. I do know that showing cattle at the county fair prepared me for parenthood.

We cleaned the cows’ ears with Q-tips, trimmed their hooves, and clipped and brushed their hair, all things I later would do with my kids. I carried a rag to give my cow one last wipe before entering the show ring. As a dad, I always carried a handkerchief, because something’s going to need wiped. Don’t ask what. Sometimes, it’s best not to know. Just wipe.

We bathed our cows with baby shampoo and a garden hose. My kids were in favor of the garden hose, but their mom, who never raised cows, made us use a bathtub instead.

The night before the show, we braided the switches of our cows’ tails so they’d have that wavy, full-bodied bounce in the morning. Years later in a restaurant, I needed to fix my daughter’s hair after she finished in the kids’ play area. A mom a couple of tables away gasped, “You can braid hair?”

However, my plan to save money on diapers by scattering straw in the baby cribs was vetoed.

I no longer live on the farm but I remember what the cattle taught me. So for $50, I offer you secondhand cow therapy. Slowly walk up to that cow over there and —

In real life, Cole heads to the barns at every county fair to hug cows. Catch up with Cole’s musings by clicking the “Life” tab at www.tribtoday.com, or visiting the Burton W. Cole page on Facebook or @Bur tonWCole on Twitter. 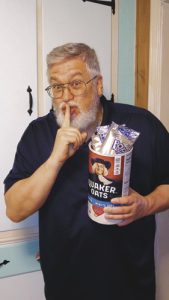 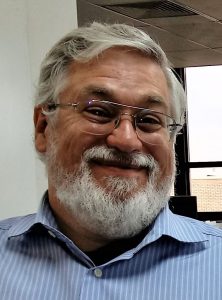