Faulkner, Penguins have fun with defense

YOUNGSTOWN — Ethan Faulkner looks intently on the sidelines, on the edge of his cushioned seat.

He remembered when he shuffled his feet in rhythm toward his defender and honed in his opposition like a guided missile.

Then, it might be someone like Devin Morgan diving head first on to a loose basketball and his teammate Naz Bohannon following quickly behind in front of the YSU bench. That’s something which was in full view during the first half of the Dec. 30 UIC game in Chicago.

YSU (9-7, 2-1 Horizon) is tied for second in the league standings with Cleveland State. The Penguins host an equally defensive-minded team in Oakland (6-10, 1-2) tonight at 7 p.m. The Golden Grizzlies hold foes to around 68 points per game.

YSU became one of the best defensive teams in the league (69 points per game) this summer, harping on the importance of stops when the Penguins had 10 practices before a mid-August trip to the Virgin Islands where YSU played three exhibition games.

Faulkner was seen sliding around, talking, jumping, getting into a stance and guarding these Penguins in practices. He showed them how to play good team defense.

“He gets fired up when someone takes a charge,” Bohannon said. “He made defense fun. He made it something we want to do, something everybody can indulge in.”

Faulkner was a 6-foot-1, 185-pound guard for Northern Kentucky almost 10 years ago and at Elliott County (Kentucky) High School prior to playing for the Norse.

He saw the benefits of being a defensive specialist.

“That’s who I was as a player,” Faulkner said. “I took a great deal of pride in doing those things as a player.

“That’s who I am. It’s been ingrained in me since I started playing this game. That’s why I have so much respect for guys like that.”

No one on the YSU roster embodies that more than 6-5 junior guard Garrett Covington, who have been a defensive specialist since he arrived on the Youngstown campus.

You won’t see his statistics, just his effort on the floor against the opposition’s best player.

“It’s not something that’s going to get a lot of press clippings, but our team knows how important he is to us on the defensive end,” Faulkner said. “Garrett has a big role offensively, too. He understand who he is, what he needs to do to help this team win games.”

There’s Bohannon, one of the best forwards in the Horizon League. The 6-6 Lorain native strives for a double-double each night, what he’s done in the first three league games. He averages 9.7 points and 9.3 rebounds through the first 16 games.

“He’s a kid who has gotten better because his practice habits are so good,” Calhoun said. “He doesn’t waste any days in the gym. He competes, works. He’s a guy who can now get you a double-double, something we’ve talked about in great length.

“When he can do that, it makes us so much better.”

He has 85 defensive rebounds out of his 148 does not stop there. It means so much more.

“Transporting skills,” Calhoun said. “There’s few guys in our league and in college basketball that can get a defensive rebound, transport and lead your break. That has made us a really good team. That’s why we’ve won some games. His passing ability is tremendous.”

Calhoun, who was the director of basketball operations for Bob Huggins at West Virginia University, said Bohannon is comparable to one of the best rebounders he’s seen — WVU standout Kevin Jones. The 6-8 forward averaged 20 points and 11 rebounds in the 2011-12 season before heading into a professional career.

“I would like nothing more than to see Naz get a double-double. That shows you bring it every night, not only scoring, but also rebounding. I think rebounding is such an undervalued stat. It’s hard. It’s determination. He’s no bigger than 6-5, 6-6, but he’s got great hands. I got to watch that (YSU football coach) Bo (Pelini) doesn’t try to steal him because, as we saw in high school, he was a tremendous football player. He’s a competitor. He’s got great hands. He can really pursue the ball. He was our catalyst, even when we played the bigger teams. We’re going to need him to do that again (tonight).”

It’s not just Bohannon. This YSU roster that has to be a unified force when it comes to defense.

“We have to have one through 16, everyone on our roster has got to have that type of mentality of being the grittiest team, being the toughest team, doing all the intangible things,” Faulkner said. “We certainly have a great deal of talent on our roster. We’ve got a lot of really good individual players.

“For us to be the best team we can possibly be, we have to be the toughest team when we take the floor.” 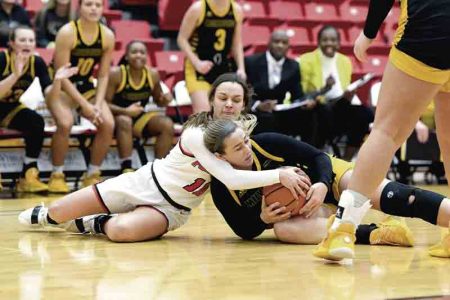 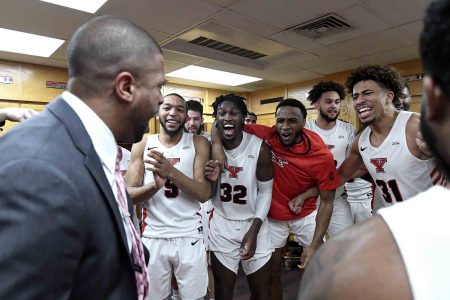 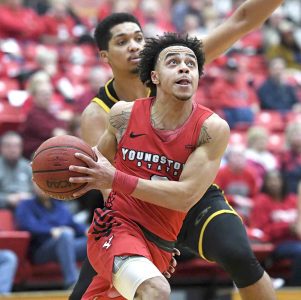