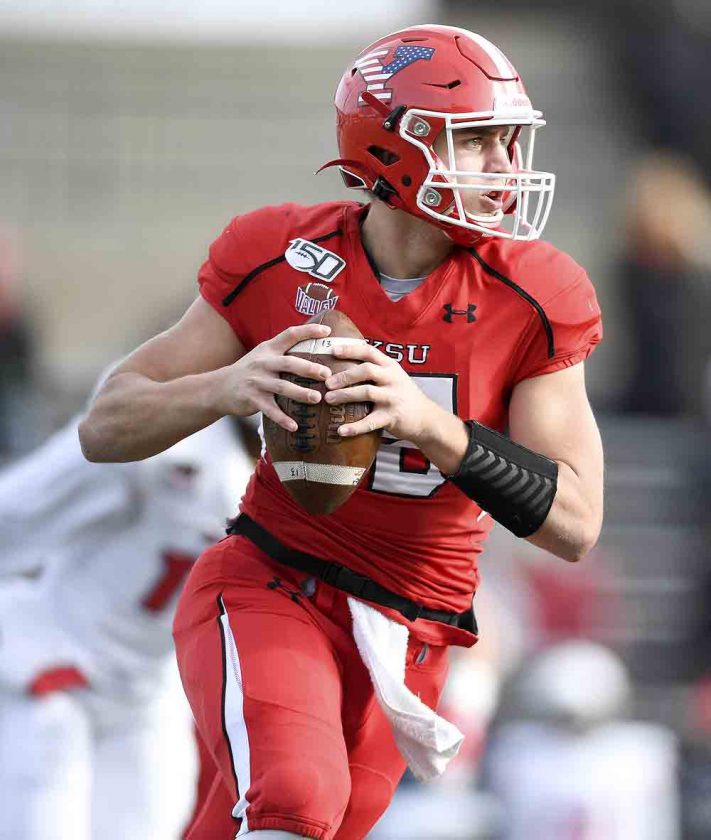 YOUNGSTOWN — The seniors on the Youngstown State football team walked off Dwight Beede Field with smiles on their faces Saturday after an upset victory.

While they did their best to overlook a frustrating season, the grins were an expression they wished they could have shown more this year.

YSU ended its season with a dominant 21-3 victory over No. 6 Illinois State at Stambaugh Stadium on a bittersweet day in Youngstown.

As gratifying as the win was on Senior Day, it couldn’t completely mask the disappointment from a pair of three-game losing streaks that ended any chance of a playoff berth for YSU. 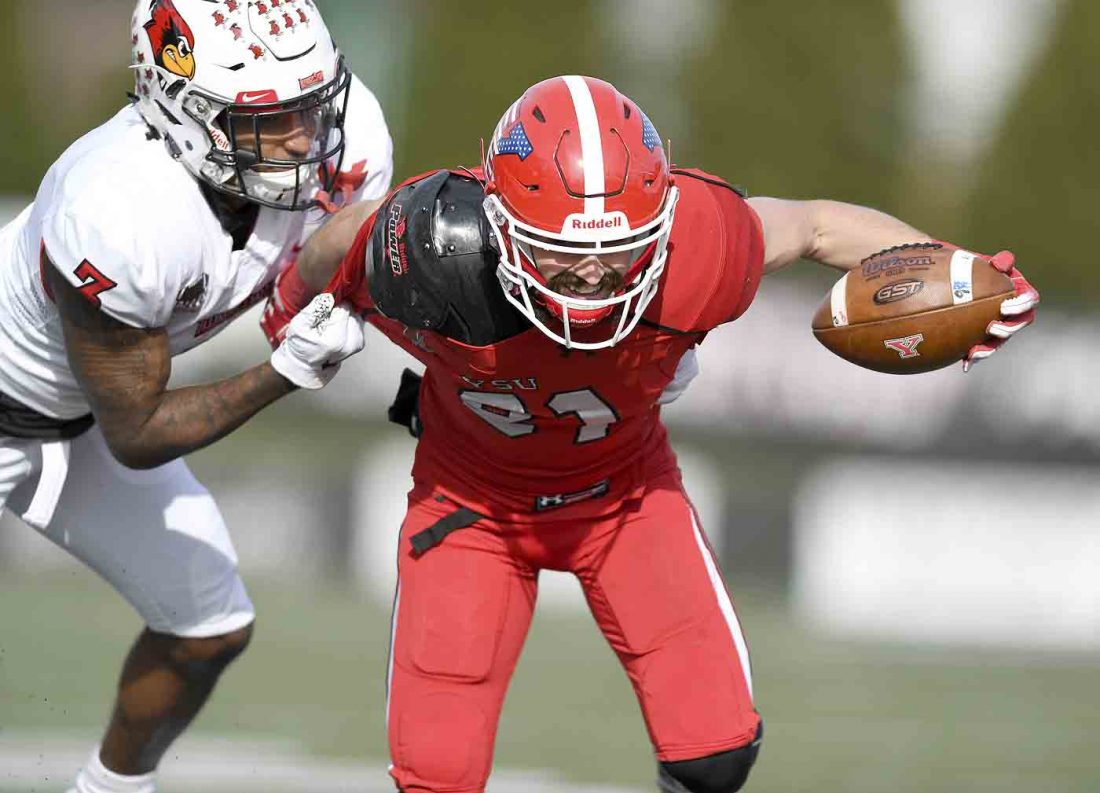 Correspondent photo / Robert Hayes Youngstown State wide receiver Ryan Emans, right, fights for yardage while being tackled by Illinois State defensive back Devin Taylor during the first half against the Redbirds at Stambaugh Stadium in Youngstown. YSU won, 21-3.

“(The win) felt great,” said senior running back Joe Alessi (South Range), who led YSU with 103 yards on 18 carries. “Everybody banded together like we should’ve been the whole season. We just played. We had fun today. We had a great time as a team, and I’ll definitely remember this game for the rest of my life. It was awesome.”

The game ended in heartfelt fashion.

Fifth-year senior quarterback Nathan Mays, who suffered a gruesome, season-ending injury in a Week 9 loss to North Dakota State, was carried onto the field by two offensive linemen. Mays was able to hobble to the line of scrimmage and take a knee for the final play of the game.

“It’s just what he deserves, to go out there and get one more snap,” said YSU coach Bo Pelilni, who earned his 100th career victory.

The milestone wasn’t on the mind of the fifth-year coach. 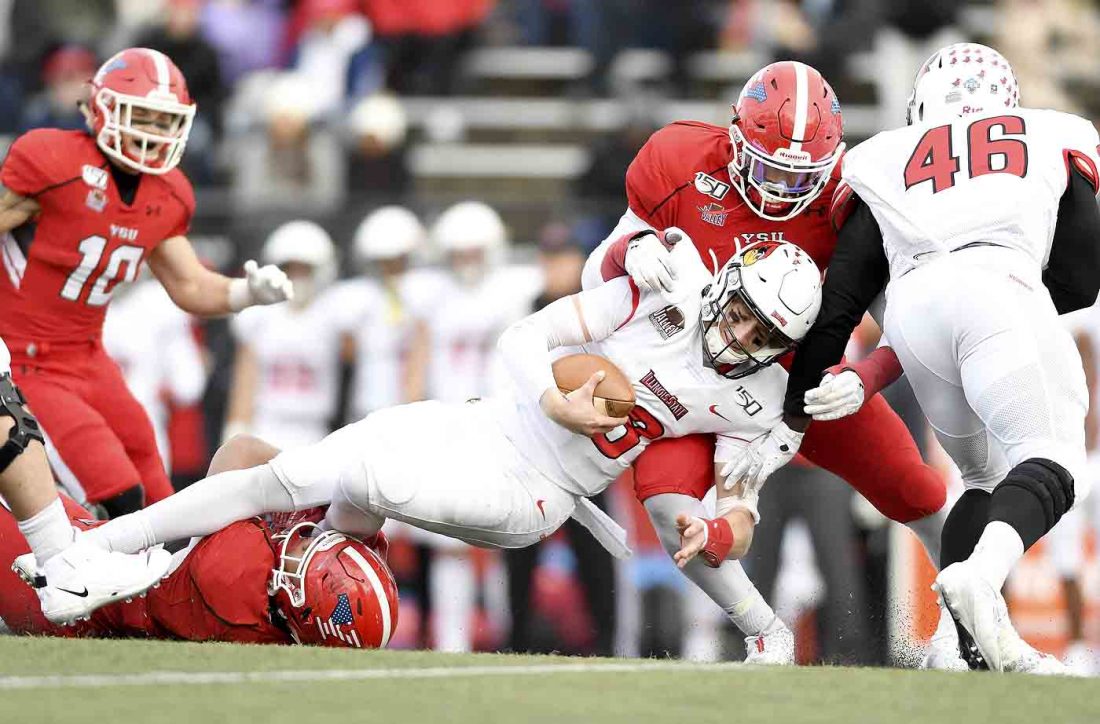 He, too, was doing his best to enjoy the biggest win of the year. The Penguins used two different quarterbacks, with sophomore Joe Craycraft starting and freshman Mark Waid rotating series. Neither had a great day passing (one interception each), but they made plays when they needed to, and the defense made sure it was enough.

YSU took a 7-0 lead on a 6-yard run by Braxton Chapman in the first quarter. ISU responded in the second quarter with a field goal that followed Waid’s interception. Craycraft snuck in from 1 yard out to make it 14-3 just before halftime.

It stayed that way thanks to six sacks, a swarming defense that held the Redbirds to 112 yards rushing on 48 carries and blanket coverage by the secondary. YSU also had three interceptions, and the last was returned 30 yards for a touchdown by Zaire Jones with 5:06 left in the fourth quarter to seal the victory.

Waid, the highly-acclaimed Girard High School product, finished 2-of-5 passing for 21 yards. He also ran 13 times for 58 yards. Craycraft was 6-of-10 passing for 62 yards, and he ran six times for 10 yards. While their numbers weren’t terrific, both have shown potential, and Pelini believes each possesses the ability to be the QB of the future.

“I thought Joe and Mark did some good things,” Pelini said. “They’re both going to be good players. I feel good about where our quarterback position is heading into next year.”

Pelini feels the same away about his own position.

A former NFL assistant and Nebraska head coach, Pelini admitted earlier this week that he needs to “adapt” his coaching style to this era of players. He echoed that sentiment on Saturday.

“It was a frustrating season for me,” he said. “But I’m not worried about that right now. I’ll turn my attention to what we have to do with the program (later). I have a pretty good idea. We’ve got to get some things fixed. We’ve got to make some changes here and there, but there’s another time and place for that. Let’s just enjoy this win for tonight.”

Illinois State is all but a lock to make the 24-team playoff. All teams find out their fate at 12:30 p.m., today on the FCS Selection Show on ESPNU. 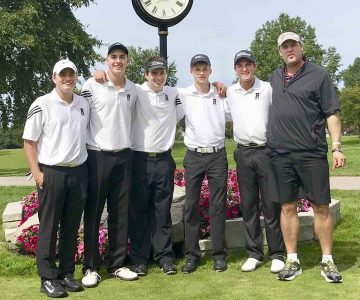 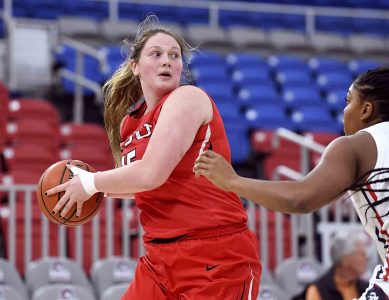