Penguins trying to pull up bootstraps

YOUNGSTOWN — Bo Pelini isn’t sure if his Youngstown State football team is still in the playoff conversation.

He isn’t completely sure why there have been so many mental mistakes made by a team that expected to compete for a conference title.

One thing he is sure of is that his team is not giving up after losing four its last five games, including a 56-17 thrashing at home to North Dakota State last week.

“Absolutely, they’ll be ready to go Saturday,” said Pelini, whose Penguins are now 5-4 and 1-4 in the Missouri Valley Football Conference after a 4-0 start to the season. “I have no question about that. I’d be extremely surprised if they weren’t. Our kids will respond the right way.”

It has been a bumpy road to this point.

YSU started 0-3 in the MVFC, losing close games to ranked teams such as Northern Iowa (No. 5) and South Dakota State (No. 4) before dropping a baffling, 35-10, loss to unranked Southern Illinois. The Penguins bounced back to clobber Western Illinois, 59-14, and then were overmatched by the dominant force that is the Bison.

The loss to NDSU likely sealed YSU’s playoff fate. Even if the Penguins were to win out, which would include a victory over No. 11 Illinois State, it’s unlikely a team with four conference losses would qualify for the 24-team playoff.

As the Penguins prepare to take on a South Dakota team that’s also struggling at 3-6 and 2-3, Pelini said his focus is on each day, not the playoffs.

“I don’t worry about that,” he said. “You’ve got to win football games. At this point, we want to finish 8-4. That’s what our goal is. What I’m worried about is today and getting better and giving yourself an opportunity. In the end, that’s out of your hands, so I don’t get caught up in all that. You win football games and then you let the chips fall where they may.”

YSU hasn’t been winning many as of late.

Pelini said mental mistakes are the biggest reasons why. Miscommunications and being in the wrong position, especially on defense, have led to countless big plays for the opposition. Often times, Pelini said the Penguins execute sharply throughout the week but don’t transfer it to the game.

“It is (disheartening),” he said. “Sometimes it’s hard to put a finger on why it’s happening. I can say this: It’s not because it’s overcomplicated. Sometimes it’s focus.

The players are doing their best to keep the team together.

It hasn’t been easy, especially after losing starting quarterback and senior leader Nathan Mays to a gruesome leg injury early in last week’s loss. That, coupled with the losing and falling out of the playoff race could lead to the Penguins unraveling.

Senior wide receiver Jermiah Braswell said he and several other team leaders are making sure that doesn’t happen.

“Being one of the older guys on the team, we try to keep the team positive, keep guys in the right direction,” Braswell said. “Because it’s very easy at times like this to get down on one another and get down on the coaching staff and whatnot. It’s all about gelling together. It’s at times like this you want to become stronger. You don’t want to pull away from each other.

“Like we said today, if we win these last three, you never know what can happen. We can get in the playoffs, and then we’ve got a whole new season ahead of us.”

If it does, it will likely happen with sophomore Joe Craycraft under center. He suffered a rib injury after filling in for Mays, but Pelini said Craycraft is “ready to go.” Third-string quarterback Mark Waid, a true freshman out of Girard, played well in relief of the injured Craycraft, but Pelini is still hoping to keep Waid’s redshirt. He has played in three games and is only allowed one more before he must forfeit his redshirt.

“Obviously what you’d like to do is redshirt him and save a year for him,” Pelini said. “We’ll just have to see how it goes. He played very well though, Saturday.”

YSU holds a 6-1 record against all time against USD, which is coming off a shocking 38-34 loss to formerly winless Western Illinois.

Game time is set for 3 p.m., Saturday at the DakotaDome in Vermillion, S.D. 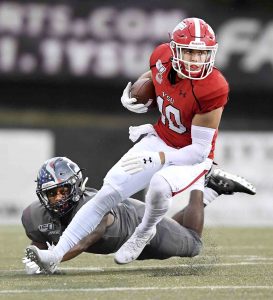 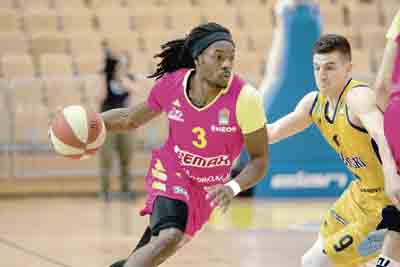