In the words of Youngstown State football coach Bo Pelini, “The preseason is over.”

The 17th-ranked Penguins have been mostly dominant in their first four games, winning each by at least 20 points, but facing No. 13 UNI (2-2) on the road is a different challenge.

The Panthers have owned YSU for the better part of three decades. At one point, from 2001 to 2010, UNI won 11 straight matchups. The Penguins haven’t won in Cedar Falls since 1999.

A changing of the guard could be on the forefront. YSU won decisively last year (31-10) and has wins in two of the last three matchups. The Penguins are playing inspired football, and a win on the road would make a statement in the MVFC.

YSU — Nathan Mays has played consistently well through four games. The senior’s ability to escape pressure and turn a would-be sack into a positive gain has been a key part of YSU’s offensive success. His accuracy (completing 61 percent of his passes) has been impressive as well. He fits in almost perfectly to the run-heavy, play-action pass approach of the Penguins.

UNI — Redshirt freshman Will McElvain’s career is off to a strong start. The dual threat QB, running for 124 yards and passing for 840, seven touchdowns and just one interception. McElvain (5-11, 200) also is completing 59.8 percent of his passes and has spread the ball around to a number of receivers. He has been relied upon a lot because of a struggling run game. His ability to stay calm under pressure will likely be tested by a relentless YSU defensive line.

YSU — While Christian Turner started the first four games, it’s senior Joe Alessi who seems to be taking over the lead role in the backfield. He leads YSU with 347 yards on 47 attempts (7.4 yard average). He has a nice blend of speed and power that fits well into YSU’s system. Turner possesses a bit more quickness and elusiveness, while Braxton Chapman’s size (6-foot-2, 220) and hard-nosed running helps wear down defenses late in games. It’s as good of a running-back-by-committee as YSU has had in years.

YSU — The Penguins’ run game really hasn’t been stopped this year, and they haven’t trailed much, so they haven’t had to rely on throwing the football. If that time comes, Jermiah Braswell and Samuel St. Surin will be called upon to step up. Braswell, a senior, leads YSU in receptions (11), yards (184) and TDs (2). St. Surin, a junior, is next in all three categories (8, 142, 1). Tight end Miles Joiner is the only real matchup problem at 6-4, 255 pounds an is capable of a breakout game.

UNI — The Panthers have a trio of dangerous WRs. Isaiah Weston is the big-play wide-out, leading UNI with 273 receiving yards on 15 catches (18.2) yards per catch. He presents a matchup problem at 6-4, 208, and YSU has struggled with bigger receivers this year. Another big target is Jaylin James, a 6-4, 207-pound senior who has two TDs and 177 yards on 13 grabs. Deion McShane leads UNI in catches (21) as a slot receiver.

YSU — The line has been dominant for most of the season. YSU leads the league in rushing yards (1,185), rushing TDs (17) and sacks allowed (2). However, senior center Matt Jones is “probable,” according to Pelini, after suffering an ankle injury last week. Losing its center would be a big blow for YSU as he makes all the calls at the line and has shown to be a mainstay in the middle. Regardless, the line’s matchup with a stout front four of UNI will be a pivotal one.

UNI — Senior left guard Jackson Scott-Brown (6-4, 321) leads a massive line for the Panthers. An all-conference performer, Scott-Brown is one two returning starters up front. While slightly inexperienced, the line doesn’t lack size — averaging 6-6 and 315 pounds. Still, the run game has been pedestrian, and McElvain has been sacked nine times.

YSU — Youngstown State’s defensive line is starting to resemble the one that led the Penguins to the 2016 FCS Championship game. Justus Reed’s 4.5 sacks are third best in the MVFC, and he missed almost one whole game because of a targeting call. Redshirt freshman DeMarko Craig has come out of nowhere to be one of the league’s best tackles. His 22 tackles are tied for tops on the team, and his 6.5 tackles for loss lead YSU. Ma’lik Richmond adds 16 stop and four sacks. It’s a deep and talented group.

UNI — End Elerson G. Smith (6-7, 245) is one of the league’s best pass rushers and fuels a powerful front four. Smith is tied for the MVFC lead with five sacks. Tackle Jared Brinkman leads the line with 23 tackles and also has 2.5 sacks. Seth Thomas (6-5, 262) is a returning starter, and DT Tim Butcher has five TFLs.

YSU — The linebackers have played a bigger role the past two weeks with more run-heavy teams, but with UNI letting McElvain throw the ball around, the Penguins will likely use more packages that involve five (sometimes six) defensive backs. Regardless, when needed, LBs Ray Anderson, Terray Bryant and Cash Mitchell have performed well.

UNI — Middle linebacker Spencer Cuvelier leads Northern Iowa and is tied for second in the MVFC with 43 tackles. The Panthers lost all of their starting LBs from 2018, but they’ve remained solid against the run, allowing just 105 yards per game. The ‘backers will be tested early and often against a YSU team that is averaging more than 40 rushing attempts per game.

YSU — The defensive backs had one of their best games against Robert Morris. Granted, RMU was not a very talented team, but it was a step in the right direction nonetheless. YSU’s seven interceptions are tied for tops in the conference. Free safety Kyle Hegedus is tied for the team lead with 22 tackles. Strong safety Zaire Jones leads with two interceptions. The corners have been inconsistent at times, but they’re improving and have shown the talent to compete at a high level. Most of their miscues have been mental, not physical.

YSU — The improved play of the special teams last week was a great sign. It was by far the worst phase of the game for YSU through three games. Punter Nick DeSalvo finally had a good game, averaging 45 yards per boot (15 yards above his average), with a long of 58. Colt McFadden has been solid as a place kicker, and punt returner Jacob Coates had the game of his life with 133 return yards, including a 63-yard TD.

UNI — True freshman Matthew Cook is off to a perfect start, going 9-for-9 on field goals with a long of 50 yards. Playing in the UNI-Dome should be beneficial to all the kickers. UNI punter Zac Kibby is second-to-last in the MVFC with a 39-yard average.

This is definitely YSU’s toughest test to date. UNI is traditionally big and physical, and while their offense is more finesse than usual, the defense is one of the league’s best.

The same can be said about YSU’s ‘D,’ so this should be a throwback game where yards are hard to come by. Both defensive lines are impressive, so the battle in the trenches will be vital. On paper, the matchup seems to favor YSU, but the Penguins have struggled mightily to win in Cedar Falls.

Still, YSU’s power run game and ability to rush the passer without blitzing are definite advantages. Whether they can run the ball consistently against one the best defense they’ve seen could be the decisive factor in what looks to be a great matchup. 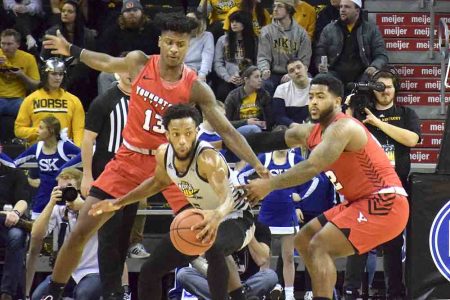 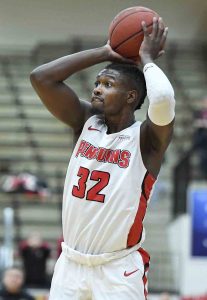