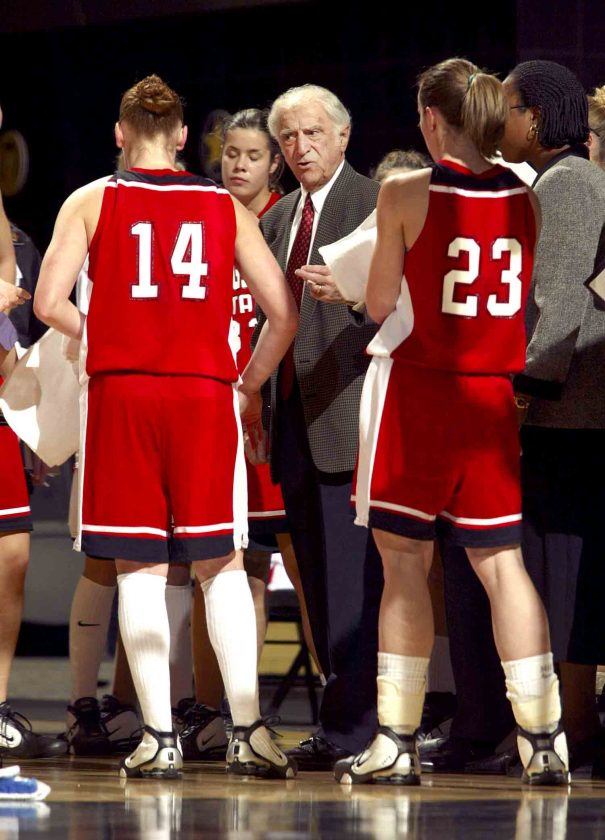 Jill Cupples remembers practicing shooting a basketball with Ed DiGregorio in the background.

The former Youngstown State University women’s basketball coach equated it to putting your hand through a fishing net, one of the many one-liners DiGregorio used in his repertoire.

Hard work, mental toughness and perseverance, Cupples remembers them all about DiGregorio, who passed away Sunday at age 93.

“It took more than the five on the court. It took all of us to win,” Cupples said.

Family, that was the atmosphere DiGregorio permeated from day one around the Penguins’ program. 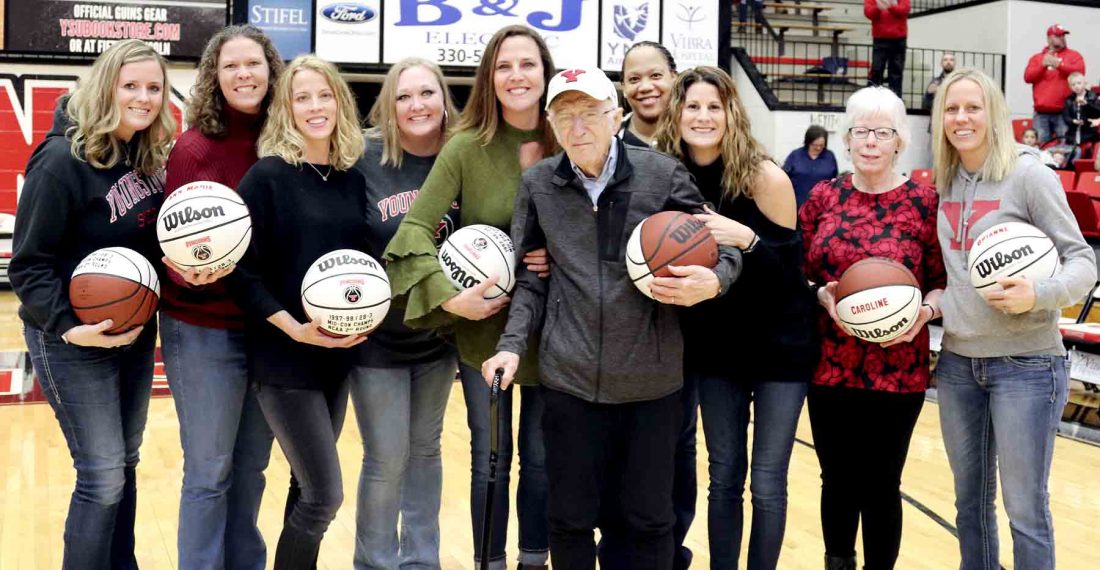 Submitted photo / Youngstown State University Members of the 1997-98 Youngstown State women’s basketball team gathered with former coach Ed DiGregorio at the Beeghly Center in 2018 for the 20th anniversary of that season. YSU advanced to the second round of the NCAA Tournament that year.

DiGregorio was a 1945 graduate of Youngstown East High School and a 1951 graduate of Mount Union College. He received his bachelor’s degree in education. In 1961, DiGregorio earned his master’s degree from Westminster College.

Former player Monica Vicarel, a Cardinal Mooney High School graduate who was on YSU’s 1999-2000 NCAA Tournament team, was in Youngstown in February for the 20th reunion of that team.

“The one biggest thing for us that year is we used to bring a chain with us,” Vicarel said. “Your chain is only as strong as your weakest link. We each had a link to a chain. Before every game, we would say something positive and we would link the chain together. We knew if we were together, we would be strong. Separated we wouldn’t. It grew from there, like a family. Coach embodied that in the coaching staff when we were there.

“You could see 20 years later we all came back. We all have our lives, but we knew how special it was and how much we cared for each other and meant to each other during that time.”

Resiliency was something DiGregorio had during his tenure, especially in the 1990s when the former YSU coach was going through a bout with cancer.

Shannon Beach began with YSU in 1993. She saw the struggles of her own coach, seeing his hair fall out and him throwing up in the back of the bus while returning home from a road trip.

Beach, the Mid-Continent Conference Player of the Year in 1997-98 when YSU went 28-3 and advanced to the second round of the NCAA Tournament after beating Memphis, had her own son diagnosed with cancer when he was 6 months old.

“That is the lesson for me, beyond basketball and the great success that we had, which was phenomenal, some of the best times of my life,” Beach said. “I think we saw him be a man at his most vulnerable time.

“He was just so resilient. He never gave up. How could we as a team give up or complain about a line drill? I remember that as the most impactful moment of probably my entire life.”

Ann Marie Martin began in 1994 and was part of two NCAA Tournament appearances in the 1995-96 and ’97-98 seasons. Martin saw the battles with cancer, the chemotherapy treatments, but DiGregorio did not miss a day of practice.

“That made us as a team realize how strong of a person he is,” Martin said. “We thought coach is 70 years old and he’s doing it. He has cancer. He’s coaching us and he’s giving us 100 percent every day. We have to do the same. That’s what made us even stronger for him.”

“She would be, ‘I like that girl,'” Cook said. “Coach would be like, ‘Oh, she is pretty good.’ They ended up recruiting me. I don’t know if they were allowed to talk to me then. I forget.”

She’ll never forget how DiGregorio was a father away from home, especially at Thanksgiving and Christmas dinners. Cook remembers them well.

“My parents were just as upset as I was to know he’s gone,” she said. “It feels like an era has ended. In the end, we know God is going to call us all home. He was a man of faith, too.”

If DiGregorio was here with us today, Cupples, said she would simply thank him for the impact he made on her for four years.

“I, as a teacher, take those skills and pass it on to my students, the idea of hard work pays off, kind of just grind it out,” Cupples said. 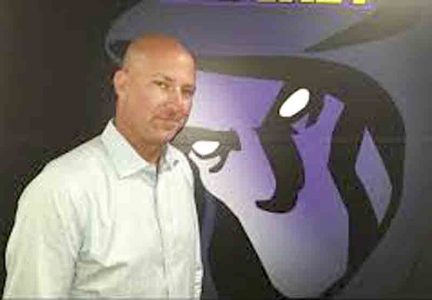