Some courses open, but practicing preventive measures against virus 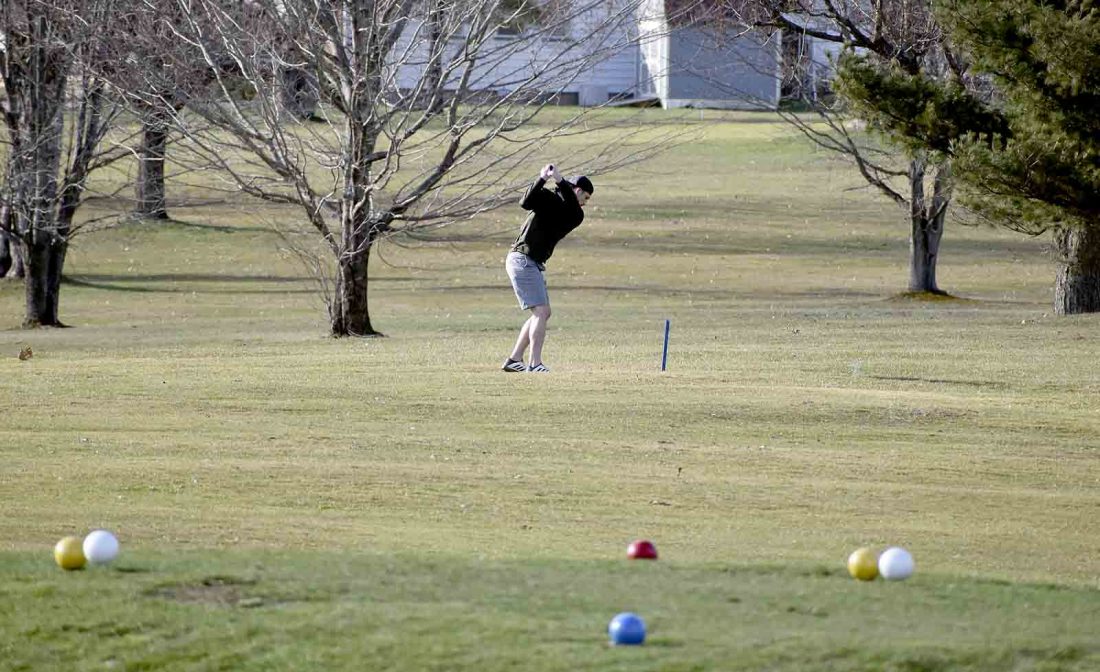 Staff photo / Joe Simon Doug Starr of Girard takes a swing at his second shot on hole No. 1 at Mahoning Country Club in Girard. Starr and a friend wanted to get out of the house on a fairly nice day Wednesday. Several golf courses in the area remain open during the coronavirus outbreak.

Area golf courses are doing all they can to fight back against the impact of the coronavirus, both on their customers and their businesses.

Several courses within Trumbull, Mahoning and Columbiana counties are remaining open during the current outbreak, but they’re being as vigilant as they can. A couple of local owners said they’re following instructions set forth by Gov. Mike DeWine and the Northern Ohio Golf Course Superintendents Association, and they’re finding innovative ways to go above and beyond the standards set.

Ryan Norris, who owns Northwood Golf Course in Champion, is asking customers to take their own personal golf cart. He and his staff have been sanitizing carts, steering wheels, cart keys — “everything,” according to Norris. He’s setting tee times 20 minutes apart to keep groups away from each other, and he’s only allowing people to enter the clubhouse if they need to use the restroom (one at a time).

Norris made some alterations to the course as well.

“We’re trying to eliminate every touch point we can,” he said. “So, the flagsticks, we tell them to leave them in, and I took some foam inserts and put them in the cups, so when you putt your ball in there, it does not go down in the cup. That way they don’t have to reach in there and touch anything. They just get their golf ball and go to the next hole.” 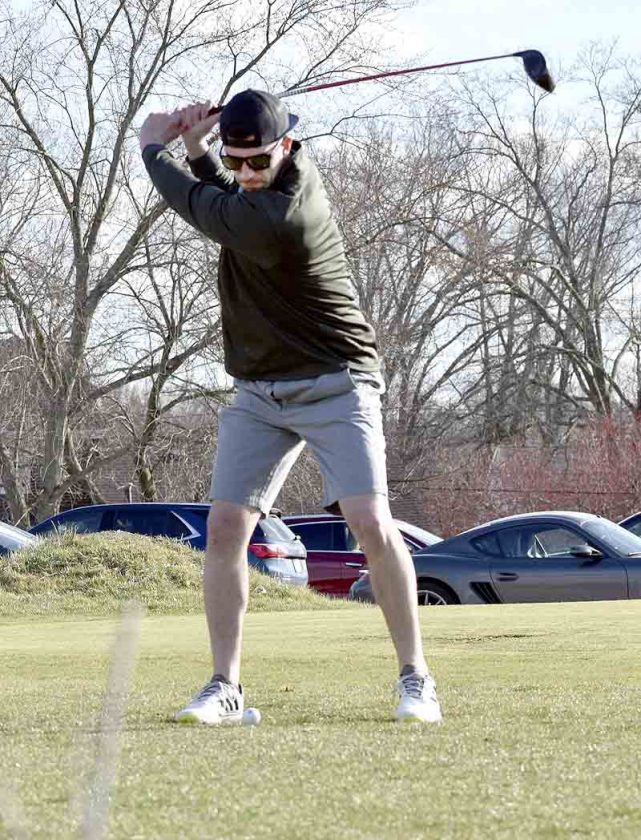 Several area courses are taking similar precautions as they try to remain open — and safe — during a time when both outdoor exercise and personal hygiene are important.

On Tuesday, as many as 10 golf courses across the Mahoning Valley were preparing to stay open, including Northwood, Mahoning Country Club in Girard, Pine Lakes in Hubbard, Old Avalon in Warren, Reserve Run in Poland, Yankee Run in Brookfield, Hidden Oaks in Vienna, Tamer Win in Cortland (the pro shop is closed), Deer Creek in Hubbard and Duck Creek in Warren.

Bedford Trails in Lowellville, Mill Creek in Youngstown and Avalon Lakes in Warren were closed.

Mahoning Country Club owner Dave Ezzo said he is taking a lot of the same safeguards as Norris, such as sanitizing and removing tables and chairs from the clubhouse, but he’s not currently forcing customers to take their own cart. He is encouraging it and has also added specific times for senior citizens to play.

“Anybody that asks for their own cart, we’re certainly going to accommodate them,” Ezzo said. “Some guys prefer to ride together. I had a father-son (group) today, they wanted to ride together. We’re leaving that up to the golfer.

Ezzo added that as golfers enter, the staff is making them aware of ways they can abide by social distancing and advice on how to play safely. There also are 6-feet markings on the floor of the clubhouse.

Ezzo, whose family has owned the country club for 77 years, is one of many business owners suffering during the pandemic. The club also holds weddings, banquets and other events, but Ezzo said they’ve lost 14 parties since various orders were set in place by the state.

“I only have a few employees now because we had to shut down the banquet side of the business. That’s what really hurt,” he said. “The golf, this is kind of a slow time anyway. The course is wet, and we only get so many golfers on a day like today, but being able to stay open sure helps the bottom line a little bit.”

The difficulty between keeping people safe but also allowing a reprieve from being cooped up indoors without exercise is not lost on Norris. He knows the risk versus the reward is a fine line to walk, but he sees a blend between using caution and enjoying some time outside the house.

“The governor did say to get out there and participate in some outdoor activities,” Norris said. “It’s exercise. People have got to be getting cabin fever, they want to get outside and get some exercise. I’ve got guys that walk nine holes every day. The property is on 100 acres, so it’s a pretty wide-open area.

“From the outside looking in, people question it, but it’s good for physical health and mental health,” he added. “Get out of the house and just be proactive about it. Don’t ride in the same cart, don’t be giving high-fives to one other, just some common-sense (precautions).”

CLEVELAND — They’ve been known as the Cleveland Indians since 1915. Those days could be over. Amid new ...

18U Roth Brothers 5, Prospects 1: Ethan Shaw had three hits including a triple and scored once. Cam Hollobaugh ...

Carrasco on his COVID-19 journey

CLEVELAND — Not even a mask can hide Carlos Carrasco’s smile or muffle his joy. For now, baseball’s back. ...