The son of former NFL general manager A.J. Smith spent the past three seasons in charge of college scouting and the draft. In his new role, Smith will oversee college and pro personnel decisions.

Smith was a receiver for Youngstown State University from 2002 to 2005. He had 101 career receptions for 1,536 yards and 10 touchdowns. He had brief NFL stints as a player with the Minnesota Vikings and Tampa Bay Buccaneers.

“Kyle Smith has put in the work over the last 10 seasons and has proven to be a skilled talent evaluator,” owner Dan Snyder said in a statement.

Moving Smith into a bigger role gives him even more control over the direction of the franchise that hasn’t won the Super Bowl since the 1992 season.

“I have been impressed with Kyle’s track record and player evaluation process, and I’m confident in the vision we share for the future of the Washington Redskins,” Rivera said.

Smith joined the Redskins as a scout in 2011 and has been with them since. He became a rising star executive during his stint as director of college personnel, and the team didn’t allow him to interview for jobs in other organizations last offseason.

It looked like he would share responsibilities with pro personnel boss Alex Santos but now will have oversight over that department, too.

“I am excited for the opportunity to oversee both the college and professional sides of the scouting department,” Smith said. “Our staff is looking forward to working together with coach Rivera to build the best team possible.” 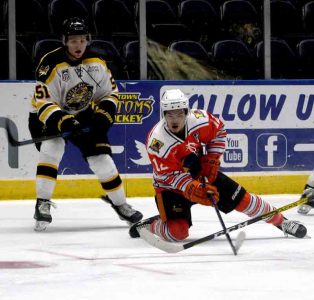