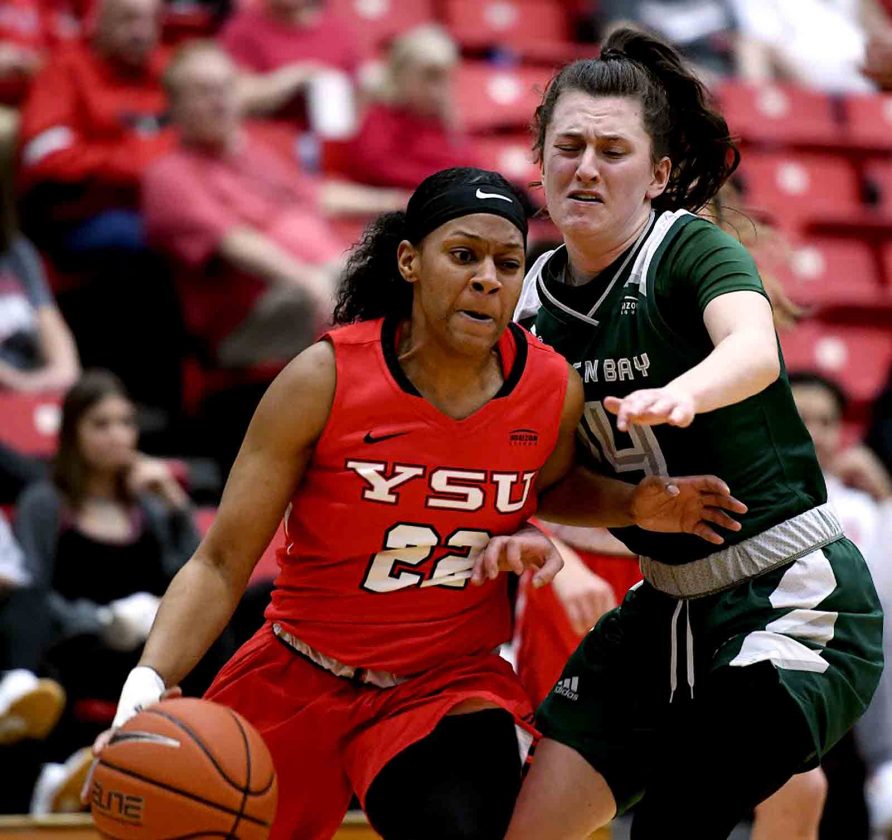 YOUNGSTOWN — It’s been nearly a month since Youngstown State’s women’s basketball team played host after a five-game road trip, and the Penguins were ready to play their first contest at the Beeghly Center in 2020.

YSU’s January homecoming was spoiled by the Green Bay Phoenix, a perennial powerhouse in the Horizon League, by a final score of 70-63 in double overtime.

“I thought we played incredibly hard, battled, and gave ourselves a couple chances to win,” YSU coach John Barnes said. “Shots didn’t fall and they (Green Bay) made some plays down the stretch.”

Neither team shot the ball particularly well in Friday night’s matchup, with the Phoenix shooting 38.6 percent from the field versus YSU’s 26.6 percent. Three-point shooting wasn’t much better with Green Bay going 8-of-31 from deep compared to YSU’s 9-of-48 performance.

It was a low-scoring game throughout most of the evening, with both teams deadlocked at 9 after the first quarter. Jen Wendler, YSU’s lone player over 6-foot who’s currently active, committed two early fouls during the opening quarter, which led to her missing most of the first half. 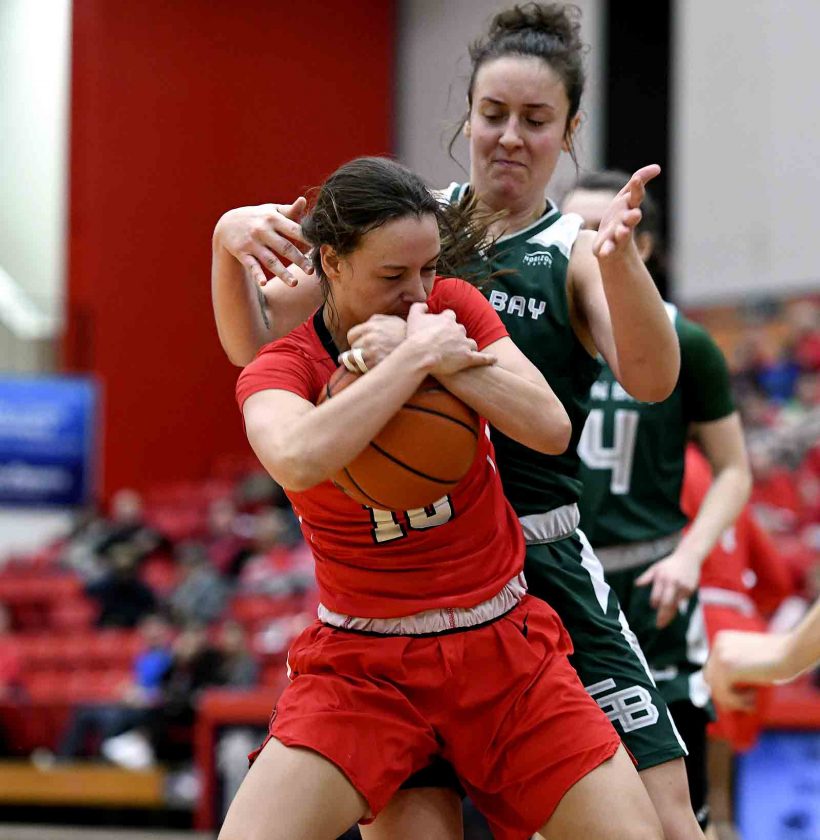 Correspondent photo / Robert Hayes YSU’s Taylor Petit snags a rebound during the second quarter. She had 10 rebounds in the losing effort.

The Penguins would continue to claw back throughout the second half after trailing 23-17 at the intermission.

Taylor Petit made a shot in the paint with 5:44 left in the game to give YSU a 41-40 lead. At the time, it was the first Penguins’ advantage over Green Bay since the 8:35 mark in the second quarter.

A few possessions later, Ny’Dajah Jackson would hit a game tying 3-pointer after Taylor Petit kicked out an offensive rebound to Jackson with 4 seconds remaining in the game. Hailey Oskey would miss a shot on the other end to send the game to overtime.

With the score knotted up at 56, Maddie Schires missed a pair potential game winning 3-pointers as the game went into double overtime.

Schires would redeem herself by hitting a 3 to give YSU a 59-56 lead with 3:47 left in double overtime, but Green Bay (10-10, 5-3 Horizon League) hit several key foul shots late in double overtime to help secure the win. YSU shot a combined 3 of 17 during the two overtime periods.

“I think we were tired. We dug ourselves a little hole, we counted a least 12 to 14 points in the first half was kind of mental mistakes were they scored. You take those away, you win it going away in regulation.” Barnes said “With our numbers, it’s tough for us to go to double overtime, because playing kids so many minutes and it’s just hard on their legs and then they can’t defend like they have been and make shots like they have been.”

YSU is playing with only nine healthy players, with freshman taking 46 out of YSU’s 79 shots.

Olson led the Penguins would 15 points along with 13 rebounds, and feels that games like the one against Green Bay can help build character.

“It does, but we always talk about how we’re sick of the moral victories.” Olson said “So, we somehow have to find a way to get better and finish these games out.”

Jackson followed behind her with 13 points, along with Schires and Petit who both had 11. Petit had 10 rebounds, which marked the first time YSU had a pair of players record a double-double in the same game since 2014 when Heidi Schlegel and Latisha Walker recorded double-doubles against Akron.

“I know it’s a hard loss, but you kind of put it in the past.” Olson said “Since it’s such a quick turnaround, you got to come back (this) morning for practice and focus on Milwaukee.”

WASHINGTON — Facing another deficit and the prospect of their losing streak dragging on, Capitals players ...

COLUMBUS — Ohio State coach Chris Holtmann sat across from Luther Muhammad at a recent lunch and told him there ...

NASHVILLE, Tenn. — Rocco Grimaldi scored in the eighth round of the shootout, and the Nashville Predators beat ...

PITTSBURGH — Jack Eichel scored twice and the Buffalo Sabres jumped on the Pittsburgh Penguins early in a 5-2 ...