Bulldogs were ready to bark 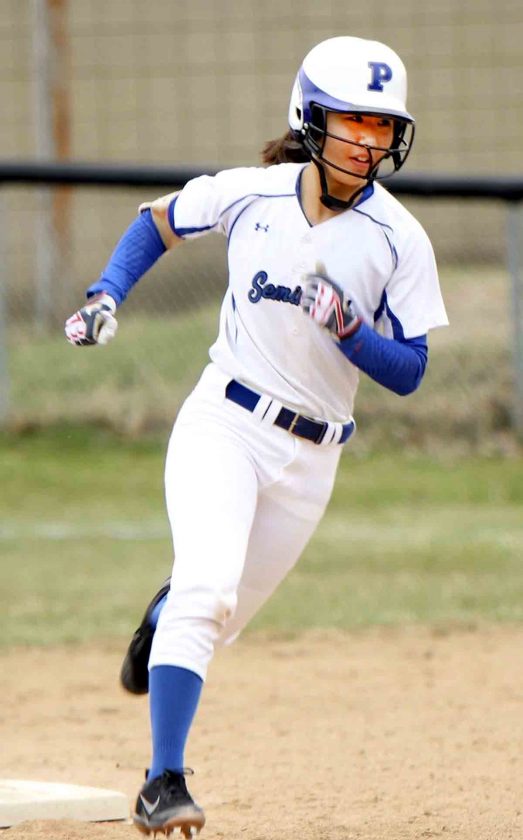 Submitted photo Pitcher-shortstop Kaili Gross was ready for her first full year at Poland after transferring from Canfield at the beginning of the 2019 season.

Editor’s note: Despite the fact the high school spring sports season in Ohio has been canceled before it got started, the Vindicator and Tribune Chronicle will continue to profile area teams and athletes. Readers should approach the stories with the attitude of “What might have been.”

POLAND — In a preseason of unknowns, Poland softball coach Jim Serich knew plenty about his team — a team that now will not get a chance to play.

The Bulldogs, coming off a 29-1 season which ended in a Division II state semifinal loss to Plain City Jonathan Alder, lost only two starters from that squad.

Those two — pitcher Ashley Wire and shortstop Lauren Sienkiewicz — left big holes to fill, but Poland would have benefitted from the fact pitcher-shortstop Kaili Gross was available the entire season.

“We’ve got some depth, we’ve got returning players. This was going to be a fun year,” Serich said before the season was canceled last week. “Everything was peaking toward this year.” 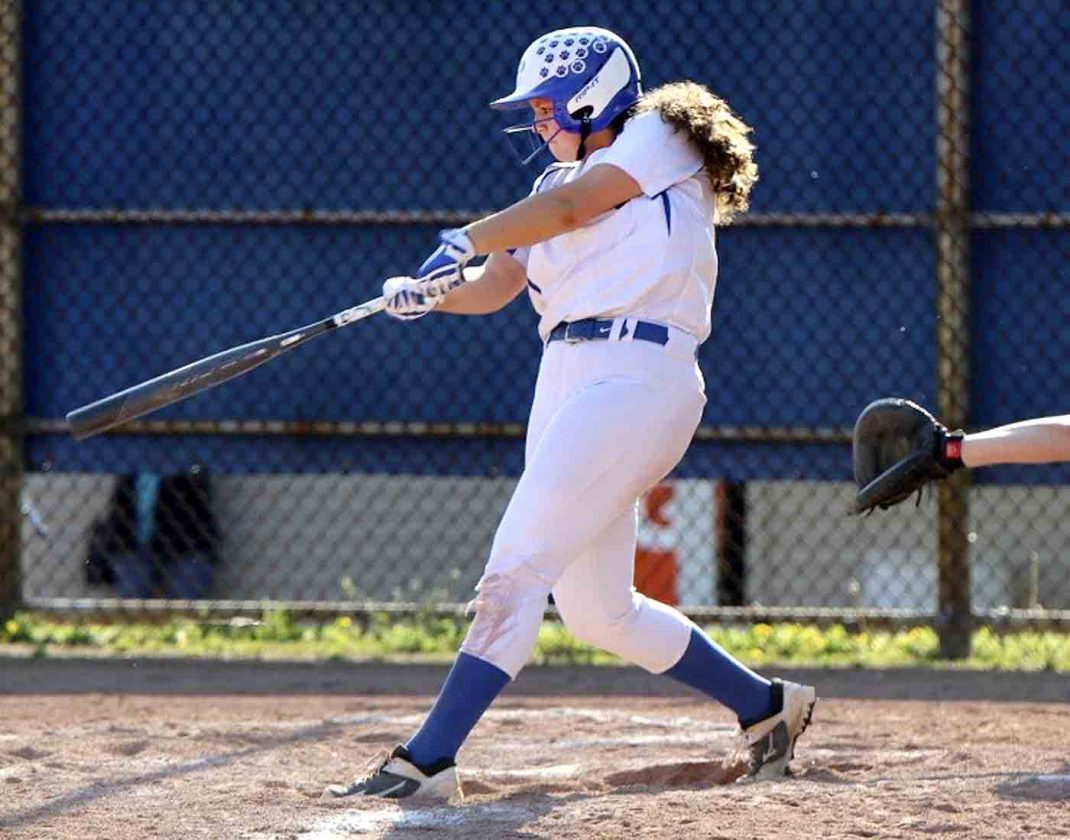 Submitted photo Ally Nittoli is one of Poland’s returning senior stars. The Bulldogs were returning all but two starters from the 2019 state semifinal team.

If the success of the 2019 season was something of a surprise, that wasn’t going to be the case this season.

“When you come back with eight starters, that’s pretty special,” said Serich, who has a 57-19 record in three seasons as Poland’s coach. “Our last practice was March 12. My assistant, Hailey Therion, and I were walking out of the gym and I said, ‘With a little less than three weeks before we play, this really looks good. We haven’t missed a beat, they’ve picked up right where we were last year,’ and she agreed.

“I keep my fingers crossed that we get a little bit of the season in, especially for the seniors.”

That comment was made before the Ohio High School Athletic Association, following on Gov. Mike DeWine’s decision to keep schools in the state closed at least until the start of the next school year, pulled the plug on the spring sports season last Monday.

Besides Gross, who transferred from Canfield at the start of last season and was eligible to play only the first half of the campaign, the Bulldogs’ returning seniors were first baseman Ally Nittoli, centerfielder-pitcher Brooke Bobbey and outfielder Racheal Wolfe. Nittoli is a two-year all-league player and has signed to play at Mount Union, and Bobbey has been all-league for three seasons and is headed to St. Bonaventure. 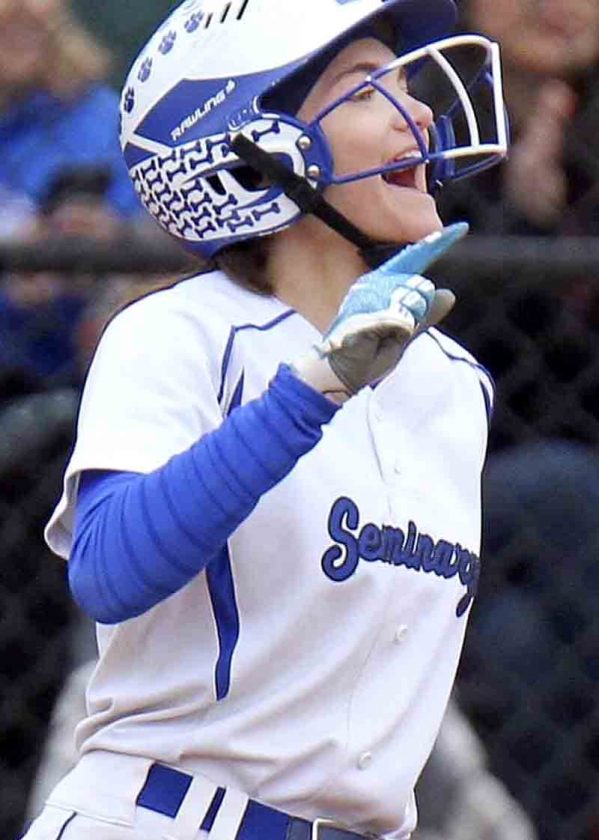 Submitted photo Brooke Bobbey is one of Poland’s returning senior stars. The Bulldogs were returning all but two starters from the 2019 state semifinal team.

“As a freshman she walked in here and has been our leadoff hitter, and she was 5-0 last year as a pitcher,” Serich said of Bobbey. “At the end of the year she really came on as a pitcher. Brooke was going to get innings this year.”

Gross, however, was expected to get the bulk of the innings. She was eligible for 12 games a year ago, but pitched in only five, Serich said, striking out 43 in 31 innings with an earned run average of 0.60.

“She gave us a nice bridge. It saved innings for Ashley and got us to where we were at the end of the year,” Serich said.

“We knew what Kaili was like at Canfield, we faced her for two years. Other than the two out at Champion, (Allison) Smith and the (Sophie) Howell girl, Kaili’s probably one of the best pitchers in this part of the state. She’s also one of the best infielders around.”

Freshman Katie McDonald also was expected to get some innings in the circle, even in a shortened season. When she or Bobbey was pitching, Gross would have been at short. When Gross was pitching, junior Jackie Grisdale would have played shortstop.

“Jackie is one of those kids you can plug into any spot on the field except pitcher and catcher,” Serich said.

Emily Denney (3B) and Abby Farber (2B) both started as freshmen last year and returned to those positions.

“We have pretty good depth in the outfield with Bobbey in center and two freshmen last year, sophomores now, who played some last year and looked really good, Connie Cougras and Kenzie Szolek,” Serich said.

Wolfe and Grisdale, when not at shortstop, added to the outfield depth.

Perhaps the most important piece of Poland’s team is junior catcher Camryn Lattanzio, a coach on the field and a near-.500 hitter for her career.

“There’s a kid that is just phenomenal, I just look at her and shake my head,” Serich said. “Kids like that come along every once in a while.”

And the Bulldogs have several who are coming along at the same time.

“We are very fortunate that this group came along together. Each class was really pretty strong,” Serich said. “We also have a really good freshman class coming in.”

Poland certainly would have had an advantage if a partial season was played, in that the Bulldogs pretty much knew who was playing where.

“There aren’t very many holes to fill. If we come back and get to play some games, that experience and the comfort level we have with each other, they know what’s expected of them and what to do in situational play,” Serich said before the season was canceled. “Obviously, it’s a lot easier for us than a team that has to replace several starters. We are really ahead of the curve there.

“Through all this no-contact period, our kids had been sending videos of them playing catch, hitting in their garage, hitting off a tee, doing what they can,” Serich said. “We told them they need to be doing what we normally would be doing — stretch, throw, run — but they have to do it on their own. We need to hit the ground running.”

Except now the season, unfortunately, has ground to a halt.

Banking on the bookend

CLEVELAND — The Cleveland Browns are closing in on a contract extension with star defensive end Myles Garrett, a ...