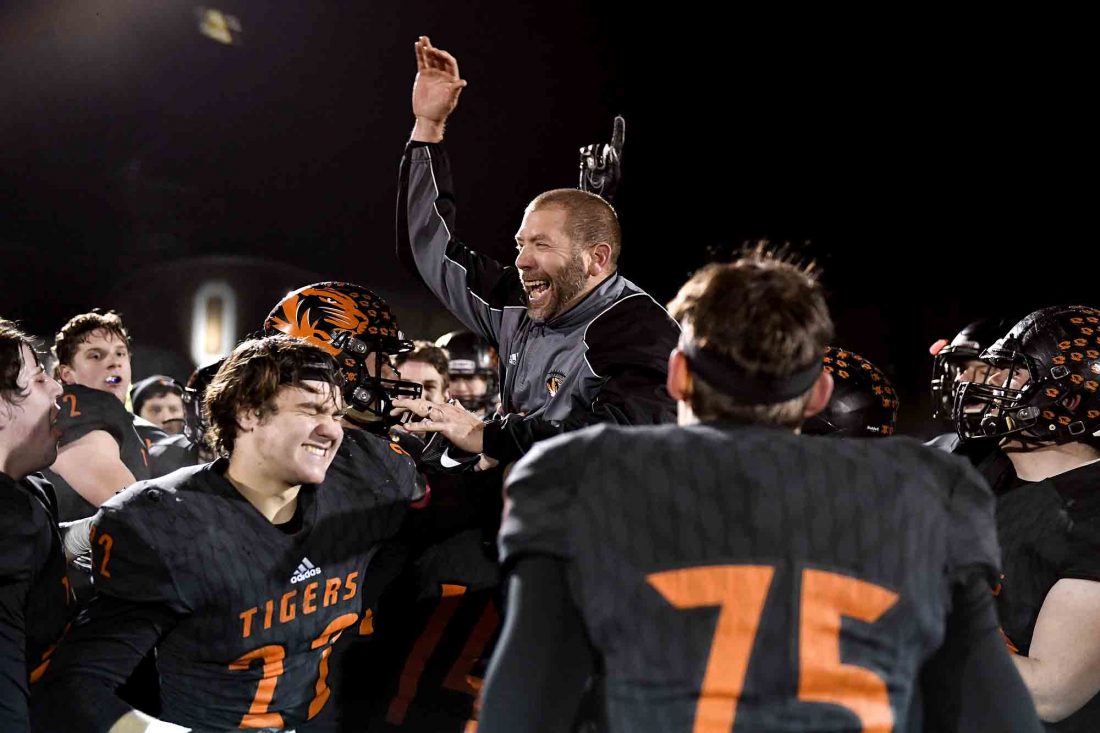 ORRVILLE — The football season that wouldn’t end will come down to the final game of the season for Springfield.

Springfield led 14-7 at halftime, despite making a pair of turnovers but quickly pulled away in the third quarter by scoring three touchdowns in 7 minutes, including two in a span of 1:52 off the clock.

Sophomore quarterback Beau Brungard, who plays more like a fullback with speed, and nimble feet, burst 75 yards for a touchdown at the 10:22 mark of the third quarter and the Tigers’ defense forced a three-and-out. 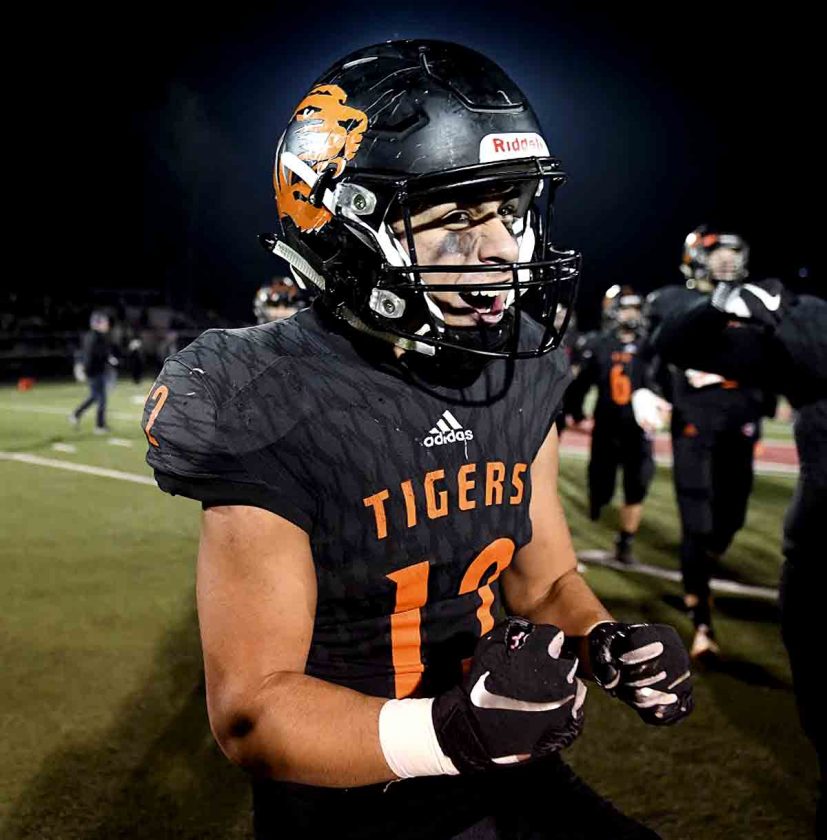 A perfectly placed kickoff forced East Knox to start at its own 8-yard line and the Tigers’ defense forced a three-and-out.­

Garrett Walker’s 26-yard punt return gave Springfield possession at the Bulldogs’ 27 and Brungard scored two plays later on a 15-yard keeper up the middle to make it 28-7 at the 8:30 mark.

“Our special teams had a big advantage tonight in every aspect — returns, coverage and kicking,” coach Sean Guerriero said. “I thought we played a complete game and these kids were just so focused once again. We will have to clean up the mistakes, turnovers, we made in the first half. But right now, I’m just so proud of these guys and so happy for our school and community. I’m bursting at the seams.”

It helps to have a quarterback who rushed 15 times for 237 yards and three touchdowns and threw another touchdown to Walker, who out-battled a defender in the right corner of the end zone for a 25-yard touchdown that gave the Tigers a 35-7 lead with 4:58 to go in the third quarter.

Without a doubt, Beau knows football. 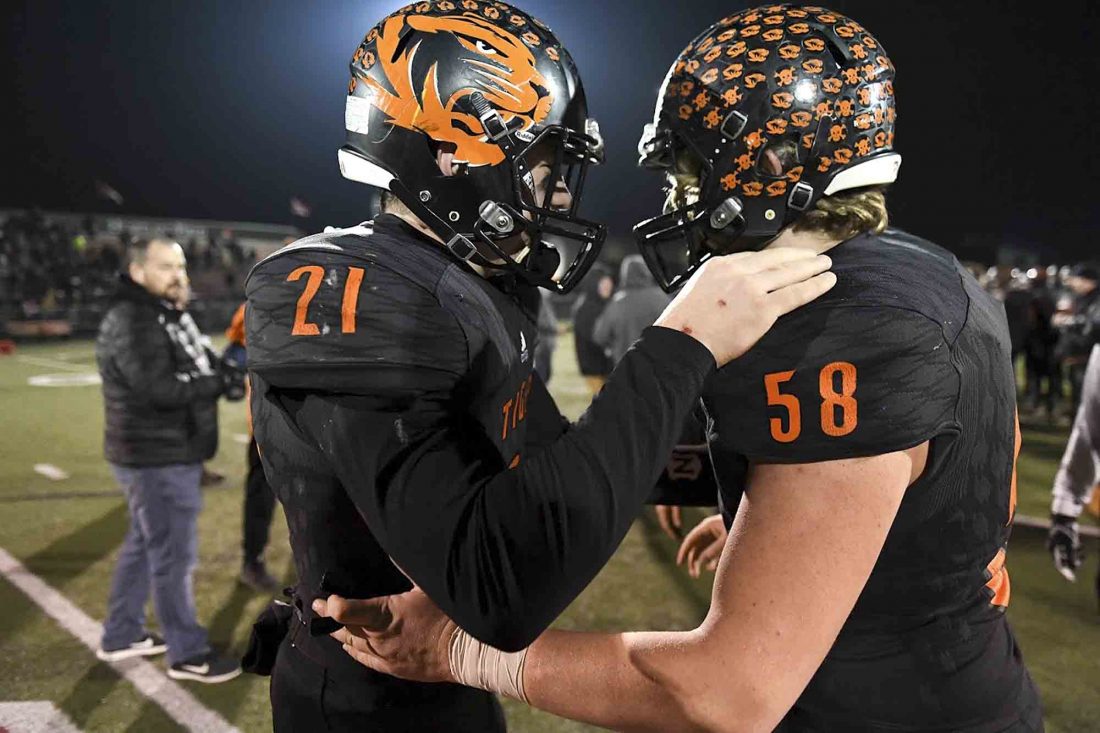 “We didn’t let the first-half turnovers get us down and we came right back at it and took the lead on that touchdown right before halftime and then came out and executed in the second half the way we should,” Brungard said. “Our line did an amazing job of blocking and made some nice holes for me to hit with all my power. We all ran the ball hard and that was the key.

“My brother Brady is the center and we’ve got brothers Sean Thompson and Chris Thompson controlling things at tackles and together, they were allowing me to run right up the middle and get into the second level most of the night.”

The Bulldogs, who finished 13-1, never got their ground game going, as the Tigers limited them to 53 yards rushing on 20 carries. Their top rushing threat, Caleb Gallwitz, finished with 47 yards on 18 rushes.

Quarterback Kadden Lester was forced to try to generate a passing game. He was 19-33 passing with an interception and Gallwitz’s lone pass attempt on a gadget play also was intercepted. Lester threw for 200 yards, with 42 of those coming on a touchdown pass to Weston Melick on a fourth-and-10 play that made the score 35-14 late in the third quarter.

“Our front line is eating up double teams and that’s allowing our linebackers to run free and play fast and our overall speed on defense is shining right now,” Guerriero said. 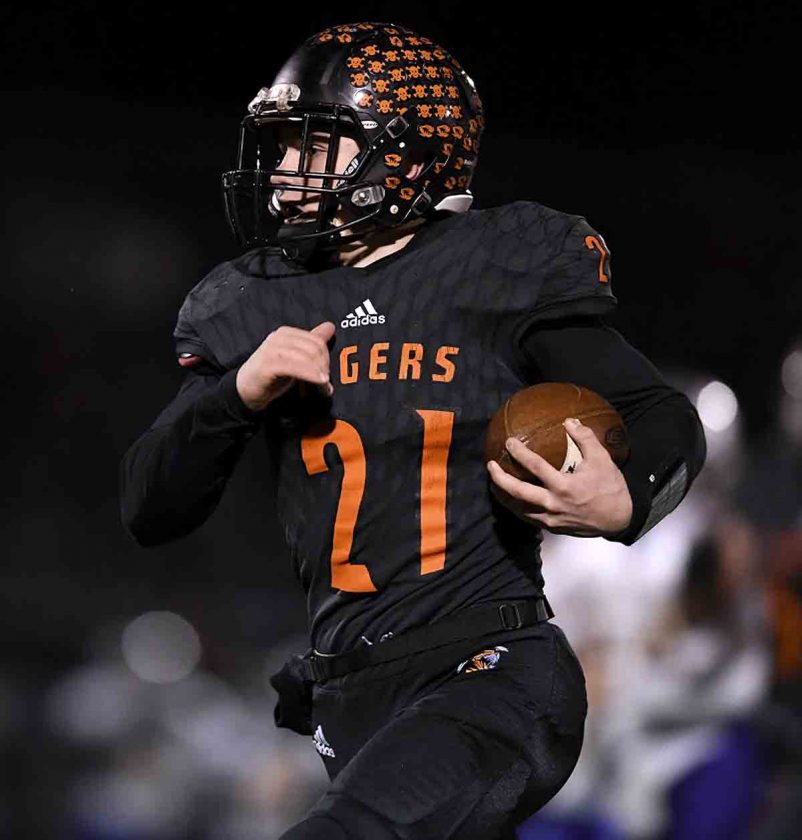 Correspondent photo / Robert Hayes Springfield’s Beau Brungard dashes down the turf for a 58-yard touchdown in the first quarter against the East Knox Bulldogs at Orrville High School.

“You know, winning a regional championship last week for the first time was amazing and now to be headed to the state championship game, it’s truly inspiring what these kids have done. It’s a great feeling. Everyone one of them is listening, paying attention to the game plan and playing within themselves and doing their roles.”

Springfield, which got a 1-yard touchdown run from Austin Tindell with 8:49 left, also took a knee rather than scoring in the final minute.