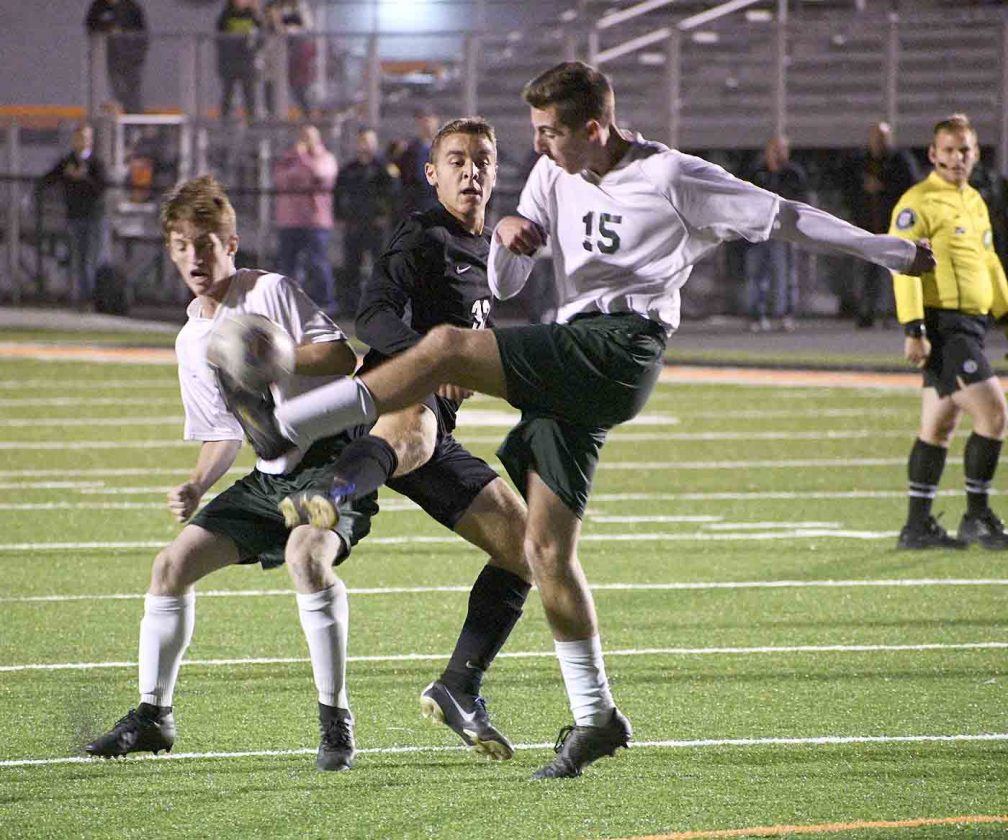 HOWLAND — Missing most of the season, Howland midfielder Gabriel Altawil made his presence known Tuesday night, scoring both goals for his team in a 2-0 win over Ursuline in a Division II Niles District semifinal.

The victory puts the Tigers in the district championship game against Lakeview at 4 p.m., Saturday in Niles.

Ursuline had a tough defense to break through, so the Tigers threw a heavy attack at them. Howland coach Brian Stiles knows that putting a multitude of players up front has its perils, however.

“We knew it was going to be a difficult match tonight,” Stiles said. “Ursuline does such a tremendous job of defending, and when you’re attacking with such heavy numbers, you’re always concerned that you might get that counter.”

To break through on that type of defense, Altawil says a level head and shot attempts are key. 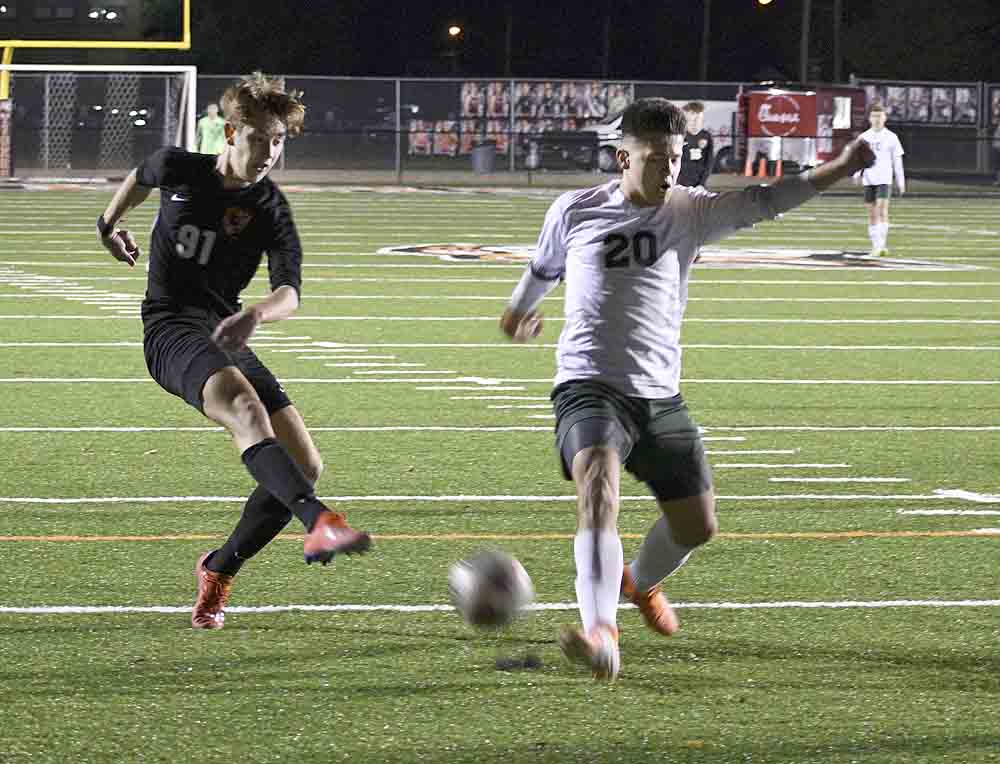 “It’s tough playing against that much defense, and it really gets in your head and frustrates you,” Altawil said. “That’s their goal, but you’ve got to pray that you can break through and get that one goal. Once you get that first goal they have no choice but to open up and start attacking.”

In the first half, the Tigers had plenty of shot attempts. The pressure placed on the Ursuline goalkeeper continued up to the half, but the Irish held strong, not allowing a goal.

In the locker room, Stiles preached to his team about staying patient and making the most of their opportunities.

“The biggest thing I was looking for is for us to stay patient,” Stiles said. “We had plenty of opportunities in the first half. We just weren’t technically sound in front of the net to knock it in the back of the net.”

Their patience paid off as Altawil got the Tigers on the board just over a minute into the second half. Altawil expected a battle with Ursuline and was glad he could step onto the field again and be the difference-maker.

“I missed a good portion of the regular season so I’m trying to make up for lost time,” Altawil said. “We knew it was going to be a tough game. They always give us a tough one. We saw them in the playoffs last year and it was a low-scoring game as well. We came out, we showed what we’ve been working for and we’re not done yet.”

Altawil wasn’t done scoring yet either. Six minutes later, Altawil extended the Tigers’ lead on a direct kick that went in the top right corner of the net. It was apparent how excited he was to be back after only playing in six regular season games.

“Not playing was obviously devastating,” Altawil said. “I broke my foot and wasn’t sure if I was able to come back. I just prayed and God helped with a speedy recovery and it feels great to be back out here. This is my home.”

Howland beat Lakeview earlier in the season, 3-0, but tournament play is a whole different beast.

“We’ve just gotta stay focused in training,” Altawil said. “We saw them in the regular season. We know a bit about them , so we just need to stick to the way we know how to play. Pure soccer, ball movement and good team chemistry.”