Lake Catholic too much for young Ursuline 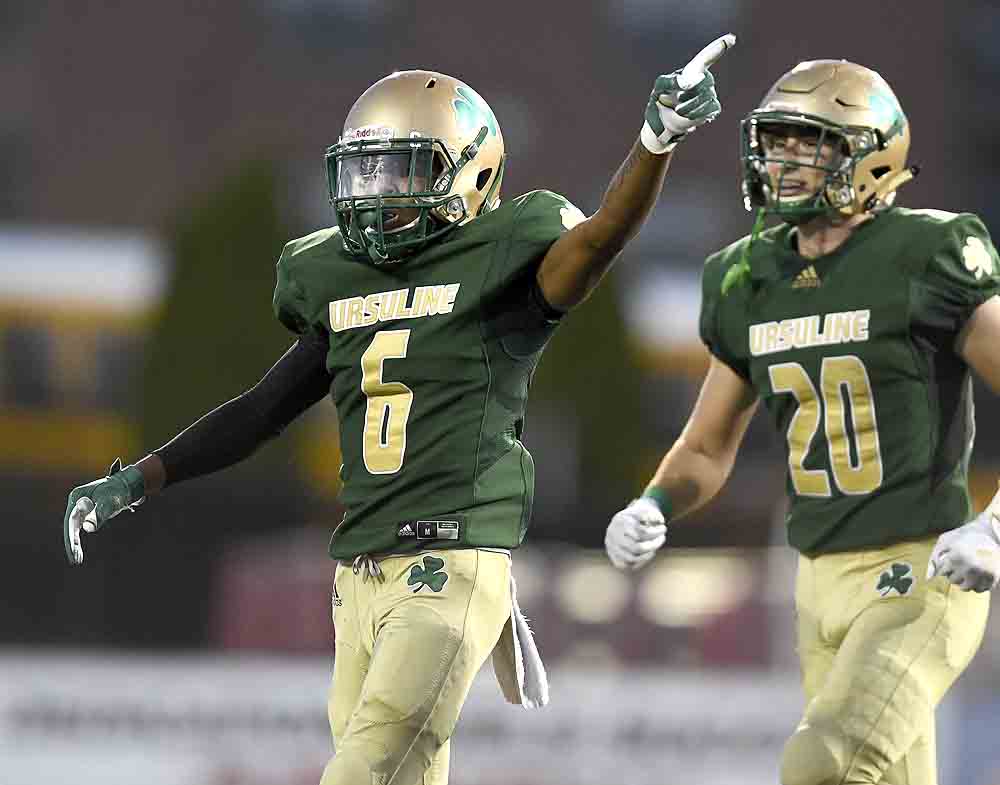 Correspondent photo Ursuline’s DeMarcus Elroy signals for a first down after the Fighting Irish recover a fumble in the second quarter.

YOUNGSTOWN — Sometimes it just isn’t your night, and that was the case for the Ursuline Fighting Irish Friday at Stambaugh Stadium as they dropped a lopsided game to the Lake Catholic Cougars, 36-0.

“It didn’t feel like our guys came to play like they did the past couple weeks,” Ursuline coach Dan Reardon said. “I thought we played with great effort (in the first two games). We made some key mistakes early in the game, and just felt like we lacked a little bit of focus quite frankly.”

Lake Catholic’s 321 yard of offense allowed them to carry momentum throughout the night, compared to 166 yards by the Fighting Irish.

Cougars (2-1) coach Marty Gibbons knew they needed to bring their “A” game. 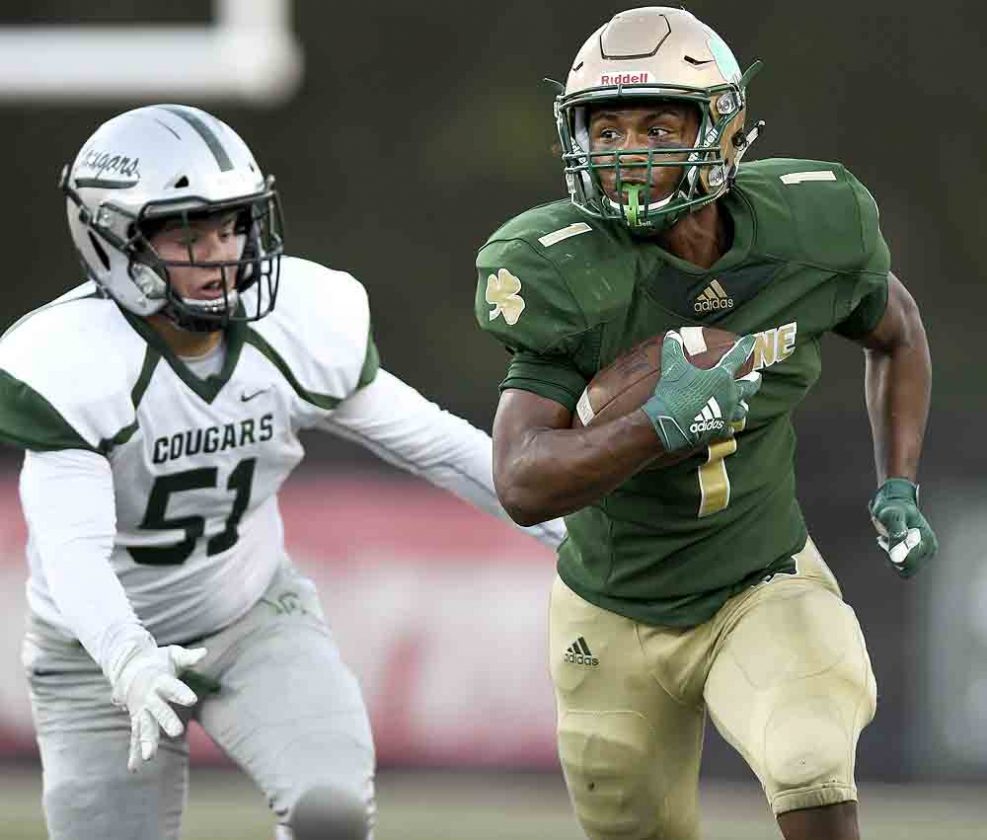 Correspondent photo / Robert Hayes Trenton Hill of Ursuline runs with the ball while being chased by Lake Catholic's Joey Gubanc.

Quarterback Joe Malchesky was the star of the show for the Cougars, as he was able to move his offense down the field with 188 passing and two long touchdowns, along with 69 yards and a touchdown on the ground.

His two touchdown passes were for 45 and 67 yards.

“Oh, it’s awesome,,” he said. “It’s exactly what you want to see as a quarterback. You see a wide receiver wide open, you want him to score, you want the best for your receivers, and seeing them like that, you just get excited for them.”

Third-down conversions were another area the Fighting Irish struggled with, as they converted three third downs and 12 attempts.

After dropping the first three games, Reardon knows there’s lots to clean up.

“Just talk about fixing our mistakes, owning our mistakes, and if we do that, we’re going to get better, and we talk about being a great practice football team,” he said. “I think what you do for Monday through Thursday has a huge impact on how you play on Friday night, and I’m not sure we understand that as much as we need to yet.”

Reardon does think there’s a way for his players to buy into his philosophy.

“We’re going to keep preaching it, keep preaching it,” he said, “and it’s something that we just have to get better and better, own our mistakes and be a better practice team and if we do that things will pay off for us.”

There must be limits to US assistance