Firing in the first half 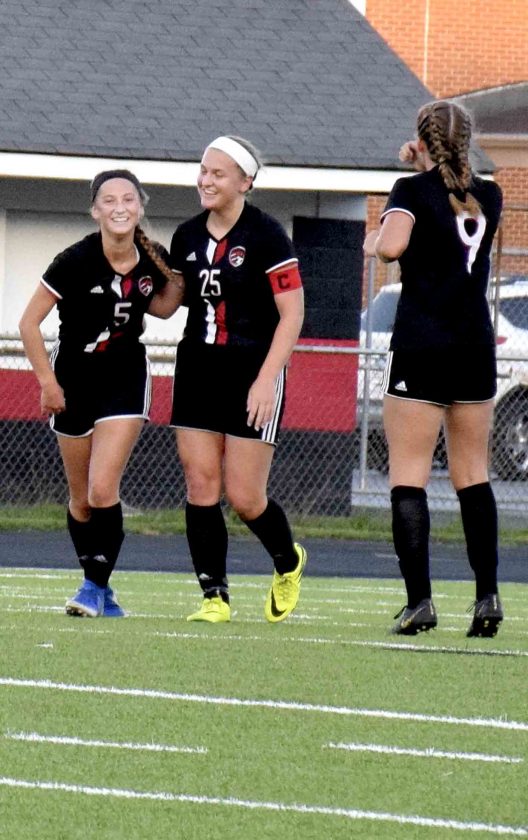 CANFIELD — Morgan Carey looked at her soccer coach Phil Simone with some trepidation. The Canfield High School junior was fearful of the impending postgame interview.

Simone reassured Carey. Really, it was OK. So was Thursday’s result as the Cardinals hammered nearby rival Boardman, 5-2, in the battle of state-ranked teams.

Canfield (4-0, 1-0 All-American Conference, Red Tier) outshot Boardman 22 to 5, dominating the play to Canfield’s side of the 50-yard line at Bob Dove Field.

“It’s easy to get any shot we want once the nerves settle,” Carey said.

The first 10 minutes were a stalemate as Boardman’s defense held firm, not allowing any attempts to trickle through. 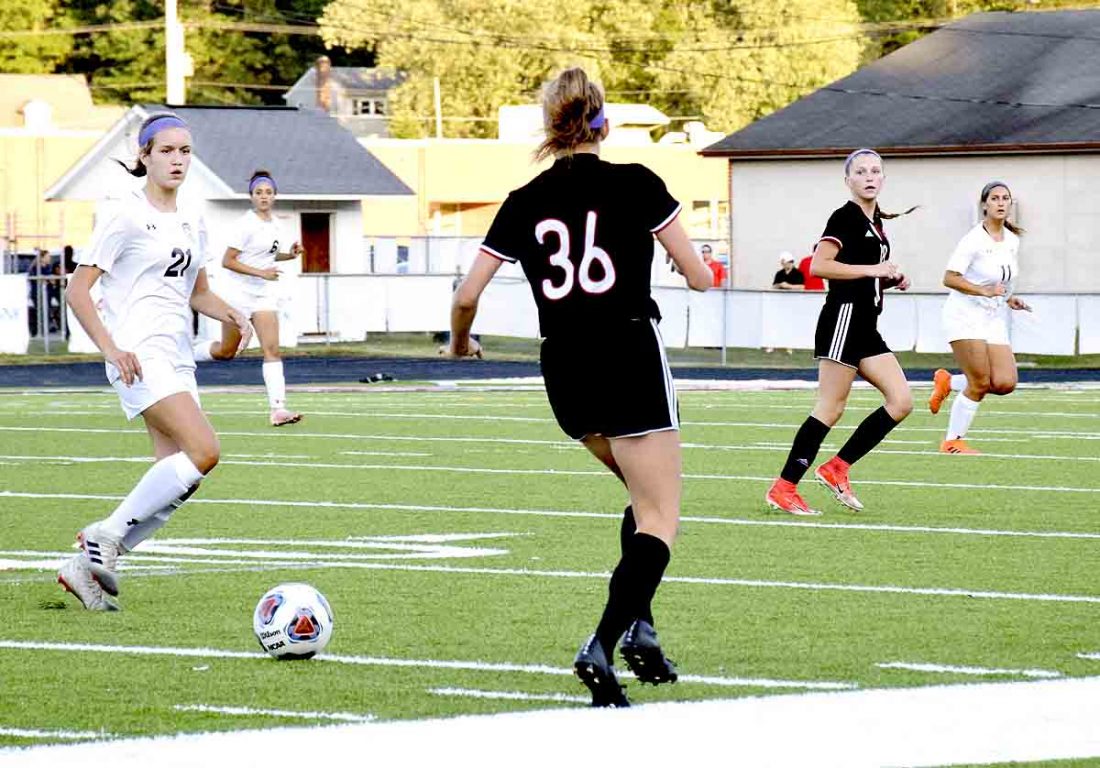 It changed as Canfield’s Hannah Stein had an assist from Chloe Kalina with 27:02 remaining, atoning for a Cardinals’ missed shot on goal a minute earlier.

Camryn Kohout connected with Carey two minutes later as Boardman (3-1, 0-1), which outscored its opponents 10-0 prior to Thursday’s game, gave up two goals.

The gouging of the Spartans defense continued with two more goals in the first half as Canfield held a 4-0 lead at the break.

The Cardinals, ranked fifth in the latest Division I girls Ohio Scholastic Soccer Coaches Association poll, had nine shots on goal in the first 40 minutes against the Spartans, ranked No. 11 in the latest D-I girls poll.

“If we get the first goal, we feel we have the firepower to get a couple more,” Simone said. 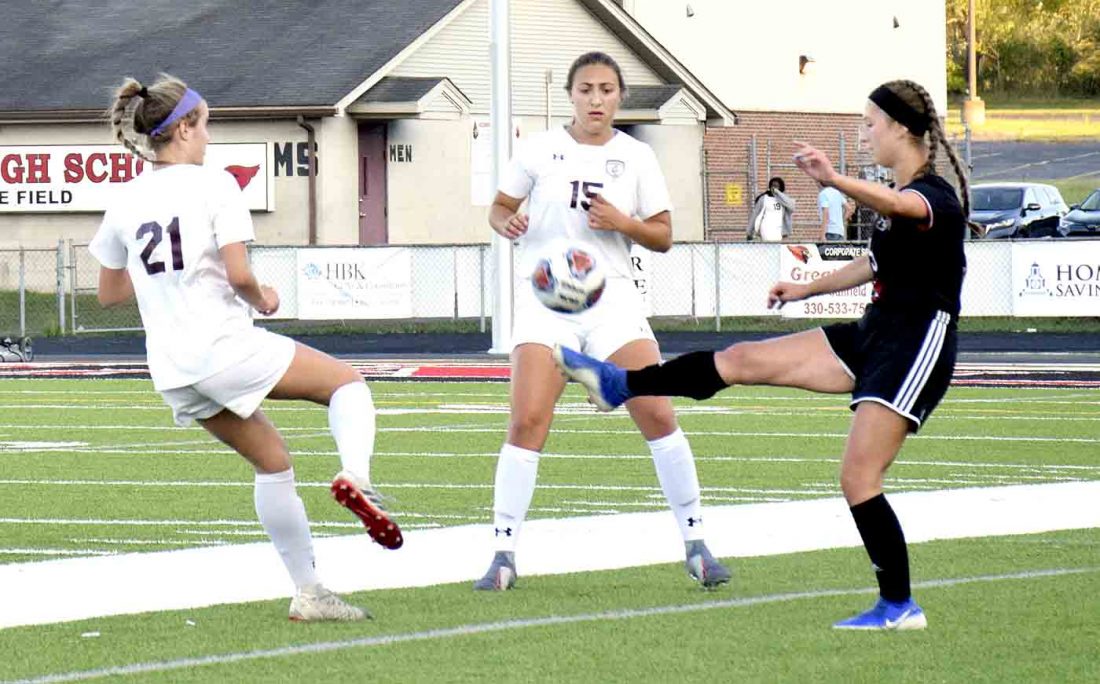 Canfield added one more goal in the final 40 minutes as Simone said his team gets complacent when it is up by a large margin.

He saw it when Boardman’s Julia Yauger took Raegan Burkey’s pass and scored with 38:23 remaining.

Simone looked at his team from the sideline and said, “We got too comfortable, and we got too flat.”

The Cardinals defense didn’t let any floodgates open against a potent Spartans team, holding Boardman to a long free kick goal by Kathryn Taghaboni, sailing it top shelf out of reach of Canfield keeper Bayann Jadallah.

Boardman coach Mark D’Eramo said he knew how Canfield was going to open the game and said the Cardinals finished well. Despite the outcome, it was a fruitful experience for the Spartans.