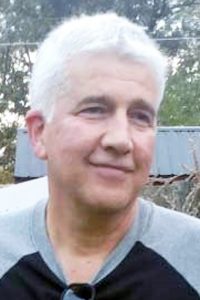 He was born July 21, 1962, in Greenville, Pa., but grew up in Orangeville, Ohio. Dave graduated from Badger High School in 1980, then proudly served 12 years in the Army. Dave was stationed at Fort Knox and Germany and deployed to Berlin, Germany, and Kuwait (Desert Shield / Desert Storm). David was a decorated soldier with four Bronze Stars.

He worked four short years at Kentucky Concrete and went on to work 25 years at Dana / Metalsa, where he became a tool-and-die maker and made so many wonderful friends. Dave was a man of few words, but showed his love for his family and friends through kind gestures. You could always expect a smile on his face with a witty comment to follow. His hands were never idle; he always found a project to tinker with. He put his heart and soul into everything he did. Family was one of the most important things in his life. Dave was a loving husband, devoted father, caring brother, amazing son, wonderful uncle and a doting grandparent.

He was preceded in death by his father, David Edward Steadman Sr.

In lieu of flowers, donations may be made to the Lung Cancer Society.

Condolences may be expressed at www.brownfuneral.com.