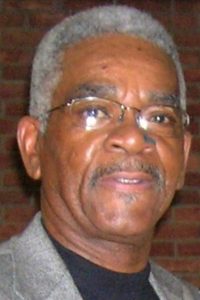 He was born Dec. 15, 1940, in Youngstown, the son of the late John Floyd and Beatrice Banks Shaw.

Donald attended South High School, where he played football, and he graduated in 1959.

He was employed by Republic Steel for seven years and Commercial InterTech Corporation for 33 years, retiring Jan. 1, 1999.

Mr. Shaw faithfully served his church community in various capacities for more than 40 years in the areas of head usher, van driver, groundskeeper, handyman, culinary team member and as a member of the male chorus.

Donald was an avid bowler. He was one of the founding members of the Southern Tavern Bowling League, serving as league president for 20 years. He traveled to cities such as Anaheim, Calif., Buffalo, N.Y., Dallas, Texas, and Las Vegas, Nev., with The National Bowling Association Inc. In recent years, he participated in three bowling leagues — Monday Night Mix, Youngstown Senior and F.D. Mason.

Donald was also a founding member of the Oak Hill Athletic Club, a civic organization that supported groups, organizations and schools and assisted area students via the Monk Tillman Scholarship Fund. He was a coach and booster club member for the Fighting Little Redmen Football Team.

He was a member of Covenant Lodge 59, Bezaleel Consistory 15 and Al Asir Temple 210 Prince Hall Affiliate.