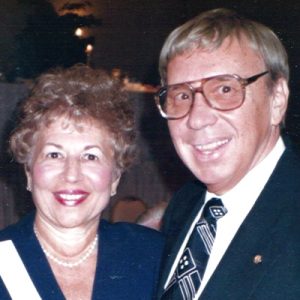 Paul was a 1954 graduate of Campbell Memorial High School, where he was a valuable member of the Red Devil football team throughout his high school years. A varsity player on the field, Paul excelled in multiple positions; but, it was his prowess at fullback that led to his securing a coveted spot on the prestigious All Steel Valley Team.

After graduation, Paul attended Youngstown State University and then served as an airman first class in the Air Force Reserves from 1959 to 1964. In August 1962, Paul became a cadet for the Campbell Police Department. During this tenure with the department, he received the rank of sergeant in 1967. In 1977, Paul became a temporary lieutenant on the force. He retired in 1985 as a sergeant.

On June 8, 1958, Paul married his high school sweetheart and love of his life, Eleptheria “Lefty” Arfaras, with whom he enjoyed 61 blissful years of marriage until her passing March 16, 2018. Their unconditional love story was an inspiration to all. Paul’s heart was broken the day his beloved Lefty passed, and his life without her was never the same.

Paul and Lefty were lovingly known for gifting their trademark $2 bill to the children of their family and friends. To this day, you will hear those recipients state, ” I saved all those $2 bills!” Paul thoroughly enjoyed participating in the lives of his family and friends; but most of all, he loved traveling the world with his treasured Lefty.

He leaves to cherish his memory, his sister-in-law, Faye (Arfaras) Zambetis of Canfield; a sister-in-law, Fay (Mastorides) Arfaras of Poland; and many nieces, nephews, great-nieces and nephews; and several godchildren.

In lieu of flowers, the family requests donations be made to the Archangel Michael Greek Orthodox Church, 401 12th St., PO Box 607, Campbell, OH 44405, in Paul’s name.

The Butchko family has entrusted Paul’s care to the Wasko Funeral Home in Campbell. Visit www.wasko family.com to view this obituary and send Paul’s family condolences.