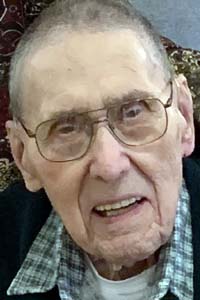 YOUNGSTOWN — Albert I. Carr, 96, of Youngstown, died on Wednesday, June 24, 2020, at Continuing Healthcare of Boardman.

He was a veteran, having served in the U.S. Navy as a Seabee in World War II. He saw duty in England and then in Okinawa.

Mr. Carr is formerly of Andover, Galion, Zephyr Hills, Fla., and Aurora. He was employed as a general foreman for Ohio Edison for 38 years, retiring in 1986.

He was preceded in death by his parents; two brothers, James R. Carr and Roger Carr; and a sister, Bulah Sweet.

A private service will be held for family.

Those wishing to share a fond memory or condolence may visit www.baumgardnerfuneralhomes.com.