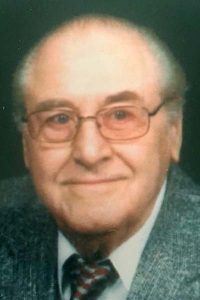 POLAND — Nicholas Shirilla, 84, passed away at his home Monday evening, March 23, 2020. Nick battled multiple cancers over the past six years.

He was born Oct. 3, 1935, in Campbell, the son of Nicholas and Mary Hanigovsky Shirilla and had been a lifelong area resident.

Nick attended North Lima High School, where he was a member of the basketball team. He was employed at Pittsburgh Canfield Steel for 45 years in the shipping department.

Nick enjoyed golfing, bowling, coaching Little League in Struthers and attending his grandchildren’s sporting events throughout the years. He was an avid Ohio State Buckeye fan, sports car enthusiast and loved showing off his 1966 Chevy Impala, with which he won numerous awards.

Besides his parents, he was preceded in death by his son, Nicholas E. Shirilla.

Private services will be 1 to 3 p.m. Sunday, March 29, 2020, at the Cunningham-Becker Funeral Home in Poland, with Deacon John Terranova officiating. Burial will take place in Resurrection Cemetery in Youngstown.

In lieu of flowers, the family requests material contributions take the form of donations to the American Cancer Society.

Condolences may be sent at www.beckerobits.com.