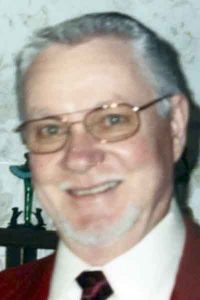 Eugene was born Nov. 5, 1940 in Youngstown, the son of Kazimer and Leona Moschella Strines.

He was a 1958 graduate of South High School. He worked as a tinner / millwright for Packard Electric for 31 years, retiring in 1999.

Eugene was a former member of St. Joseph Church and most recently had been a member of St. Christine Church. He was a 3rd Degree Knight for the Knights of Columbus in McDonald for 15 years.

In his earlier years, he played in a rhythm band, “Friendly Persuasion,” where he played bass guitar. Eugene also enjoyed karaoke, old cars and going to casinos.

In his spare time, Eugene enjoyed attending his grandchildren’s sporting events and taking them fishing. He spent many years boating in Ashtabula.

Above all, Eugene enjoyed the time he spent with his family, especially vacationing with his grandchildren.

He was preceded in death by his parents; his first wife, Beverly Shargo Strines; daughter, Theresa A. Zitnik; and brother, Raymond B. Strines.

A private family service will be held at the Higgins-Reardon Funeral Homes, Austintown Chapel.

Because Eugene was so passionate about donating to St. Jude and had done so regularly since 1987, the family has requested that material tributes take the form of donations to them, www.st.jude.org or St. Jude Place, Memphis, TN 38105.

Visit www.higgins-reardon.com to send condolences to the family.