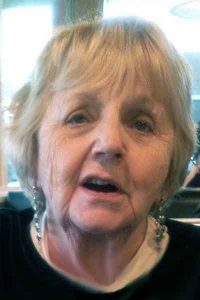 Sonia was born Feb. 12, 1924, in Ukraine, the daughter of Jan and Maria Sokolowski, and was always proud that Abraham Lincoln shared her birthday.

During the Nazi occupation of Ukraine during World War II, at the age of 16, she was taken to Germany to perform forced labor. After the war, she and husband, Dan, immigrated to the United States. After arriving, they lived in New York and New Jersey, and later moved west, settling in the Mahoning Valley for life. In 1954, she became a proud citizen of the United States.

An avid golfer, she belonged to two golf leagues at one time, but quit the senior league she played in at the age of 70 because she said they were “too old” and “played too slow.” At age 64, she recorded a hole-in-one at Pine Lakes Golf Course, an event she frequently reminded her son, Terry, of since he never had one.

While proud of her family, church and Ukrainian heritage, she relished and embraced her American citizenship and the opportunity that the United States gave her and her family, and she was not afraid to show it. While shopping at the Southern Park Mall, she approached a young man who had an American flag sewn on the back of his jeans, and tapping him on his shoulder said, “What’s wrong with you, you don’t wear the American flag on your a!” She routinely approached store managers and inquired, “Where are the clothes that are made in the United States? Everything here is made in China!”

Sonia’s family and friends will miss her terribly and will forever remember her as a wife, mother, grandmother, aunt and friend. When asked to describe her and who she was, they would simply say, “well, she was … ‘SONIA’,” and everyone would know what was meant.

Sonia leaves to cherish her memory her two sons, Terry of Youngstown and Russ (Michele) of Winchester Va.; her granddaughter, Lauren (Brad) of Brookfield; her great-grandson, Eli; and her stepgrandson, Travis of Arizona.

Family and friends will keep her memory alive in their hearts forever and may call 5 to 7 p.m. Thursday, Jan. 16, 2020, at Kinnick Funeral Home, 477 N. Meridian Road, Youngstown, where a prayer service will take place at 6 p.m.

Private committal will take place in Resurrection Cemetery in Austintown.

Please visit www.kinnickfuneralhome.com to view and share this obituary, and to send condolences online to Sonia’s family.