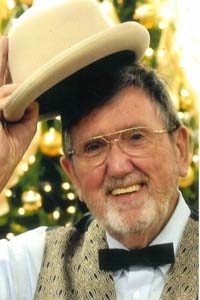 Gordon had served in the U.S Army and was a 1959 graduate of Pennsylvania State University, where he earned a bachelor’s degree in mechanical engineering.

He had retired as production manager for RMI Titanium Corporation, where he had worked for 30 years. A member of the American Legion, he was also a master mason of the Serenity Lodge in Niles. He was also a proud member of the Salem Golf Club.

Gordon enjoyed his affiliation with the Florida Carriage Museum in Weirsdale, Fla., where he worked as a docent. Gordon was a pen and ink artist. He had published a book titled, “Arizona Watering Holes.”

Gordon will be laid to rest in Florida National Cemetery, Bushnell, Fla.