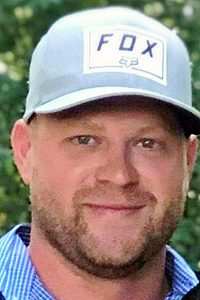 ODESSA, Texas — With deepest sorrow, we announce that Charles H. “Charlie” Eichenlaub IV, 34, was called home to his Lord and Savior on Sunday, Jan. 19, 2020, at Medical Center Hospital in Odessa.

Charlie graduated from Bradford School of Business and was employed at E & A Welding and Oilfield Service in Odessa.

Charlie loved spending time with his family, especially his son, Mason, and his many friends. He loved the outdoors, the winter snowfall, fishing, taking care of animals, and of course, the Pittsburgh Steelers. Charlie was blessed with an artistic ability and could draw anything.

Charlie had a good and kind heart that impacted those who knew him. He left us all and our hearts will never be the same. He will be missed every day.

He is survived by his parents; stepfather, Mark Duda of Albuquerque, N.M; his son, Mason of Trafford Pa.; his sisters,Samantha Eichenlaub of Odessa and Katherine Eichenlaub of Oklahoma City, Okla.; stepsister, Kayla Scanlon of Louisville, Ky.; maternal grandmother, Nancy Kerr of Youngstown; his girlfriend, Daniella Beseril of Odessa; his nephew, Damein; his niece, Ariana of Odessa; beloved aunts and uncles; and several cousins.

Burial will be private.