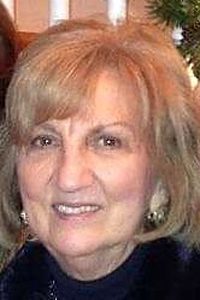 Anna emmigrated to the United States in 1956 with her family. She would later meet Antonio Lalama, also from Pacentro, whom she would eventually marry in 1961. Their marriage lasted for 50 years until his passing in September of 2011.

Anna was a homemaker. More than anything, she enjoyed welcoming people into her home, where she prepared delicious homemade meals, carrying on Italian traditions.

She was a kind, generous and compassionate woman who had a heart for people, a deep faith in God and a love of family.

Anna will be deeply missed by her sons, Dr. Patrick (Lori) Lalama of Canfield and Marcello (Ursula) Lalama of Bridgeport, W.Va. She will also be missed by her grandchildren, Anthony (Autumn) Lalama, Jacqueline (Micah) Fisher and Jonah, Madelyn and Corinne Lalama; her siblings, Amelia (Martin) LoPresti, Silvana Seeger, Diana DiPilla and James (Kim) DiPilla; brother-in-law, Tom Kollar; and many nieces and nephews.

Anna was preceded in death by her sister, Teresa Kollar.