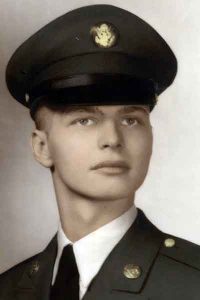 After moving to Bend, Joe worked for Eberhard’s Dairy from 1979 to 1990, when he began his career with the Bend LaPine School District until his retirement in 2013.

Spending time with his grandchildren was a favorite activity for Joe. He just enjoyed hanging out with them and cheering them on in their sporting events. Another favorite activity was going to casinos and chatting with people and playing the slot machines.

Volunteering was important to Joe and most recently he spent as much time as he could at the local Bend Meals on Wheels, both cooking and delivering meals. Volunteering brought him much joy.

He is survived by his wife Sandra, his three children, Michele Gottschalk of Bend, Sean (Madeline) Mesarich of Bend and Kelly ( Travis) Olson of Alaska; seven grandchildren; one great-grandchild; his brother, Stephen Jr. Mesarich of Austintown, Ohio; and his sisters, Carol Murphy of Streetsboro, Ohio and Mary Ann Salmon of Youngstown, Ohio.

Joe was preceded in death by his parents.

There are no services.

In lieu of flowers, the family is requesting donations be made to Bend Meals on Wheels, 373 NW Greenwood, Bend, OR 97701.