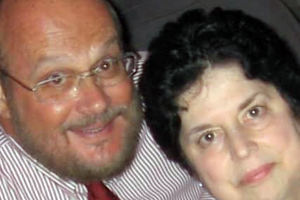 Elizabeth Ann Emch was born June 28, 1943, in Youngstown, to Simon and Mary Nohra.

She was a graduate of Ursuline High School, where she met the love of her life, her high school sweetheart, Kenneth Howard Emch. She married Kenneth on Aug. 22,1964. They were happily married for 49 years until his death on May 31, 2013.

Following high school, Liz worked for the Mahoning County Clerk of Courts until she started having children. She then worked as an administrative assistant at St. Elizabeth’s School of Nursing. Starting in 1997, she worked as operations manager at Ankle & Foot Care Centers until her retirement in 2017.

Liz was the greatest wife, mother and grandmother and the happiest time of her life was being “Thita” to her six grandchildren.

She had an extreme passion for cooking, baking, the family pets, the Hallmark channel and football. She was an avid Ursuline, Notre Dame, Ohio State and Steelers fan. Most of all, she was known as a mother to not only her children and grandchildren, but to her nephews, nieces, co-workers, neighbors and friends.

She is also survived by her “other son,” Mitchell Wilson, who helped care for her in her final years; sister, Rose Thomas of Youngstown; her sister-in-law, Shirley Caparanis (John) of Cortland; and also leaves a large, loving extended family who will miss her dearly.

Besides her parents and husband, she was predeceased by her brother and sister-in-law, Joseph and Betty Nohra, her sister, Julie Schiavone (John), and her brother-in-law, Nas Thomas.

In honor of her wishes, there will not be calling hours or a funeral. Donations in her honor may be made to the American Humane Society, the Lupus Foundation of America or the American Heart Association.