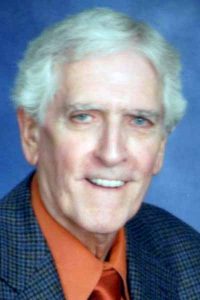 He was born Sept. 23, 1942, in Youngstown, the son of Charles and Catherine Redden Flynn.

He was a 1960 graduate of Cardinal Mooney High School and a 1967 graduate of Youngstown State University, where he majored in mathematics.

Tom was employed by Packard Electric / EDS as a systems analyst for 35 years before he retired. He previously worked at Mahoning National Bank in Youngstown. He lived in the Boardman area until 1979, before moving to Howland.

On Nov. 17, 1973, he married the former Geraldine “Ged” Dinger. He was a member of Blessed Sacrament Parish and a member of their men’s group, St. Vincent DePaul and Relay for Life. He was also a member of the Budapest Pool League. Tom was an avid fan of the Green Bay Packers and Notre Dame football, as well as Cleveland Indians. He also enjoyed doing landscaping.

He was preceded in death by his parents; one sister, Mary Ann Hunter; two brothers-in-law, Richard Hunter and Larry Deskin; one niece, Katie Williams; and one nephew, Rich Hunter.

A Mass of Christian burial will begin at 11 a.m. Thursday, Nov. 21, 2019, at Blessed Sacrament Parish, concelebrated by the Rev. Peter Haladej, the Rev. Thomas Eisweirth, the Rev. Thomas McCarthy and the Rev. James Korda. Words of remembrance will be given by the family at 10:45 a.m., prior to the beginning of mass.

Calling hours will be 9 to 11 a.m. Thursday at the church.