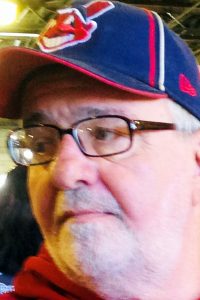 He was born July 18, 1952, in Youngstown, the son of Fleet and JoAnn Stainbrook Caspary, and other than 12 years in Florida, lived in the area all his life.

A graduate of Austintown Fitch High School, Richard worked as a diesetter for Steel Door and later as a safety rep for Delphi Packard. An avid motorcyclist, he belonged to ABATE and the Old Farts Motorcycle Club, who were his true brothers at heart. He was a big sports fan who loved boxing, racing, football, basketball and baseball.

Precious memories of Richard live on with his beloved wife, Lois (Stephens) Caspary, whom he married Jan. 25, 1991; a daughter, Angela Schrecengost MacGregor of Niles; a grandson, Rob Roy MacGregor II; three sisters, Kathy Hughes (Larry) of Austintown, Judy Byrne (Bob) of Austintown and Lori Downie of Canton; and many nieces, nephews and their families.

Preceding him in death were his parents; his in-laws, David and Marion Stephens; and his brother-in-law, Doug Downie.

Per his request, cremation is taking place. A celebration of life service will be held at a later date.

This obituary may be viewed and condolences sent to www.statonborowskifuneralhome.com.