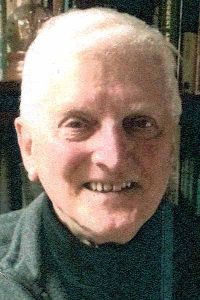 After graduating from Wilson High School, Milan became a private first class in the United States Army, where he earned the coveted Soldier of the Year Award. He then moved on to graduate from Youngstown State University with a bachelor’s degree in business administration and retired as an account executive from Ralston Purina Co.

He was an active member in the GCU social club, and also served as the treasurer for the Slovak JEDNOTA. He was always helping at Infant Jesus of Prague Byzantine Catholic Church with services and social gatherings.

His favorite pastimes involved fast-pitch softball (he was known by many as “Hawk”), golfing, fishing and enjoying breakfasts with his dear friends, whom he always thought of as family. He was the most gentle soul and his love will carry on through all his family and friends.

He will be deeply missed for his love, admiration and dedication to his family and friends.

In lieu of flowers, the family requests that material contributions be made to the Infant Jesus of Prague Maintenance Fund in his memory.

The family has entrusted the care of Milan to the Kubina Yuhasz Wasko Funeral Home. Visit www.waskofamily.com to view the obituary and send the family condolences.