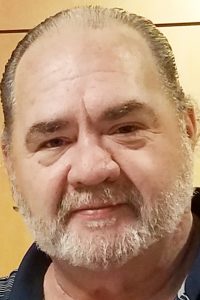 Bill was born May 2, 1963, in Youngstown, to Mary O’Connell and the late Donald Sharpe.

Bill graduated from Cardinal Mooney High School, class of 1982, then graduated from Choffin Career and Technical Center with a graphic arts degree. He worked at C.C.A. Graphics, where he was a printer and started its print shop. He later worked for C.C.L. Container of Sharon, Pa.

Bill was a diehard Dallas Cowboys fan and an avid motorcyclist. He and his wife loved to take trips to the casino, where he enjoyed playing the slots. He enjoyed listening to Kid Rock, cooking and playing with and babysitting his grandkids.

Bill was a lifetime Boy Scout and was heavily involved with his sons, Justin and Liam’s troop as a Scout dad. He always helped with scouting fundraisers, cooking his special spaghetti sauce.

Bill was a kind man, a loving father, son, husband and papa. He was the kind of person who knew everyone and was a friend to all. He will be dearly missed.

He was preceded in death by his grandparents, Josephine and William O’Connell; his father, Donald E. Sharpe; and a brother, Donald J. Sharpe.

Family and friends may visit www.foxfuneralhome.org to view this obituary and send condolences.